Mi Band 4 to launch in India on September 17, to be sold via Amazon

Mi Band 4 is the successor of Mi Band 3 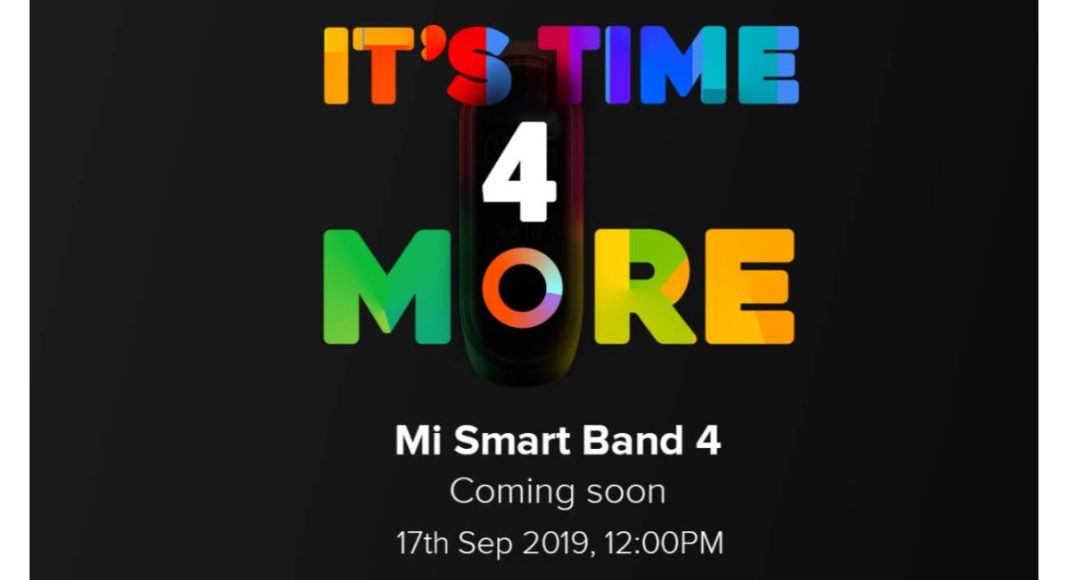 Xiaomi is gearing up to launch Mi Band 4 in India at Smart Living event on September 17. Some time ago the company teased the arrival of the smart fitness band that was launch in China a few months ago. Xiaomi India MD Manu Jain announced the arrival of Mi Band 4 in the country via a tweet a few days back.

Subsequently, e-retail website Amazon confirmed the news by launching a microsite for the Band 4 that will be sold via e-retailers website. Additionally, the fitness band will also be available via Mi.com and Mi Home stores. The upcoming fitness tracker comes with a colour AMOLED panel with a 2.5D curved glass protection along with six-axis accelerometer sensor. The Chinese Brand will also introduce its 65-inch Mi TV during the Smart Living event along with other products.

As we mentioned, Mi Band 4 was launched in China a few months ago. The company launched two variants of the fitness tracker Standard Edition and the one with NFC support. The standard edition comes at a price tag of CNY 169 that translates to Rs 1,799 while the NFC variant is priced at CNY 229 that translates to Rs 2,300. It is expected that the Chinese company will launch both the variants of the smart fitness band here. Additionally, the company also launched the Avengers Edition of the Mi Band 4. It is priced at CNY 349 , which is approximately Rs 3,500.

Mi band 4 features a 0.95-inch colour AMOLED touchscreen display with 120×240 pixels resolution. The company has used 2.5D glass for protection. The fitness tracker is supported with a six-axis accelerometer that is capable of monitoring fitness activities such as cycling, exercise, running, swimming, walking and more. It is 5ATM rated that makes it water-resistant and allow it to be used while swimming. It also has the ability to identify swimming strokes like freestyle, breaststroke, backstroke, butterfly and mixed-style. The band comes integrated with Google’ Voice Assistant plus it also shows notifications like SMSs, WhatsApp messages, fitness details and so on. The fitness Band claims to offer 20 days of battery life on a single charge. It is also helpful in finding your pones exact location.