HomeNewsHuawei has sold more than 2 million units of its Watch GT...

The smartwatch was launched back in October 2018 and it is the most sold smartwatch by Huawei. 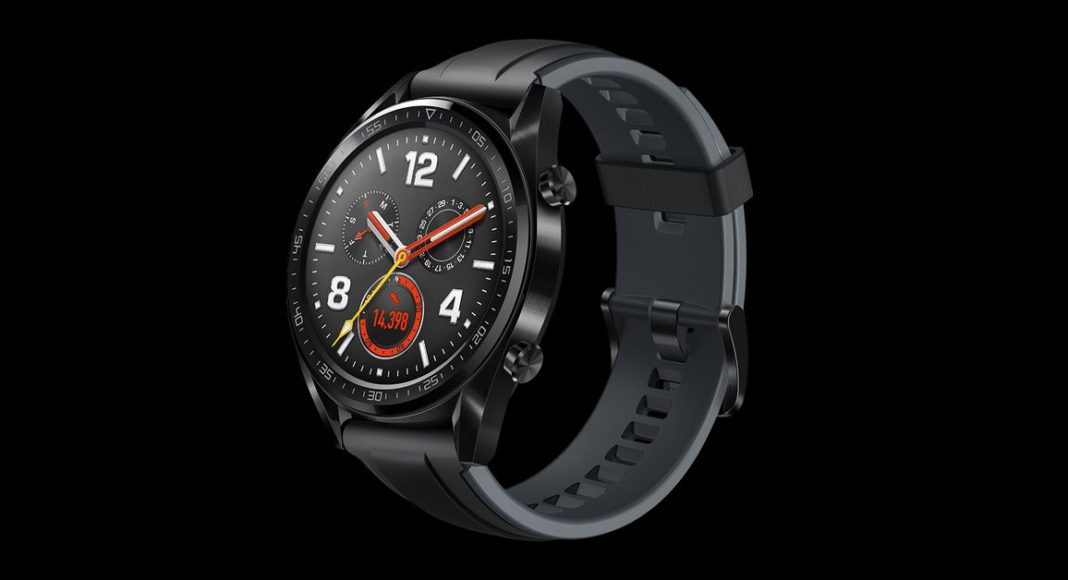 After the trade war and the ban put by the US government on the Chinese electronic maker, Huawei, has put it in a very tight situation. The company not only is not allowed to sell its products in the US, but it also can’t do business with any US company. That’s one of the reasons Huawei is facing a decline in its growth and selling rate as Google, Intel, Microsoft, ARM and other big industries have broken ties with the Chinese tech giant. However, in recent developments, Huawei has announced that its Huawei Watch GT smartwatch has sold more than 2 million units on a global scale since its launch back in October 2018. This makes it the most popular smartwatch from Huawei, globally.

The announcement was made by Huawei Consumer Business Group. According to a leading analyst firm, IDC report, the sale of Huawei Watch GT smartwatch has contributed to the year-on-year growth of 282.2% in the first quarter of 2019 over the same quarter of 2018. If we talk about the numbers, then we see that Huawei Watch GT smartwatch has shipped five million total units, which puts it amongst the top three global wearable vendors.

Huawei Watch GT has always been a popular smartwatch among the customers. When it was launched back in 2018, it won many awards. It is powered by company’s in-house Lite OS system and has a dual-chipset architecture. The Huawei Watch GT delivered ultra-long battery life and it can be used as an all-day wear or as a workout gear. The smartwatch also comes with a heart rate function, sleep notifier, has exercise modes and more. The company claimed that the Huawei Watch GT can give up to two weeks of battery life after a full charge.

To talk about the features of the Huawei Watch GT include Huawei Truseen 3.0 heart rate monitor which can monitor the heart rate of the user for an entire day in real time. It also provides detailed feedback of the user’s health. While the Huawei Trusleep 2.0 allows the users to identify up to six sleep problems and provides advice along with personalised services to the users so that their sleep quality can improve. And since it is a smartwatch, it also has more than 10 sport modes. The Huawei Watch GT is able to help the consumers track and monitor their exercise routine and training schedules as well.

Seeing its popularity, the company launched two new variants of the Huawei Watch GT – the 46mm Watch GT Active Edition and the 42mm Watch GT Elegant Edition. And looking at the growth of Watch GT in Q1 of 2019, the company wishes to sell more smartwatches in Q2 as well.

Aman Singhhttps://www.gadgetbridge.com/
Aman Kumar Singh has a Masters in Journalism and Mass Communication. He is a journalist, a photographer, a writer, a gamer, a movie addict and has a love for reading (everything). It’s his love of reading that has brought him knowledge in various fields including technology and gadgets. Talking about which, he loves to tweak and play with gadgets, new and old. And when he finds time, if he finds time, he can be seen playing video games or taking a new gadget for a test run.
Facebook
Twitter
WhatsApp
Linkedin
ReddIt
Email
Previous articleGoogle has finally brought the dark mode for Gmail
Next articleHuawei P30 pro and 15 other devices get Android Q update

Komila Singh - Sep 25, 2021 0
As the festive season is inching closer Samsung has officially announced its Big TV Festival and Home Like Never Before Offers. Both the offers...

Vipul Chandwani - Sep 22, 2021 0
After the X series of smart TVs by the company. Xiaomi decided to launch new TVs in the smaller size segment as well. Today...