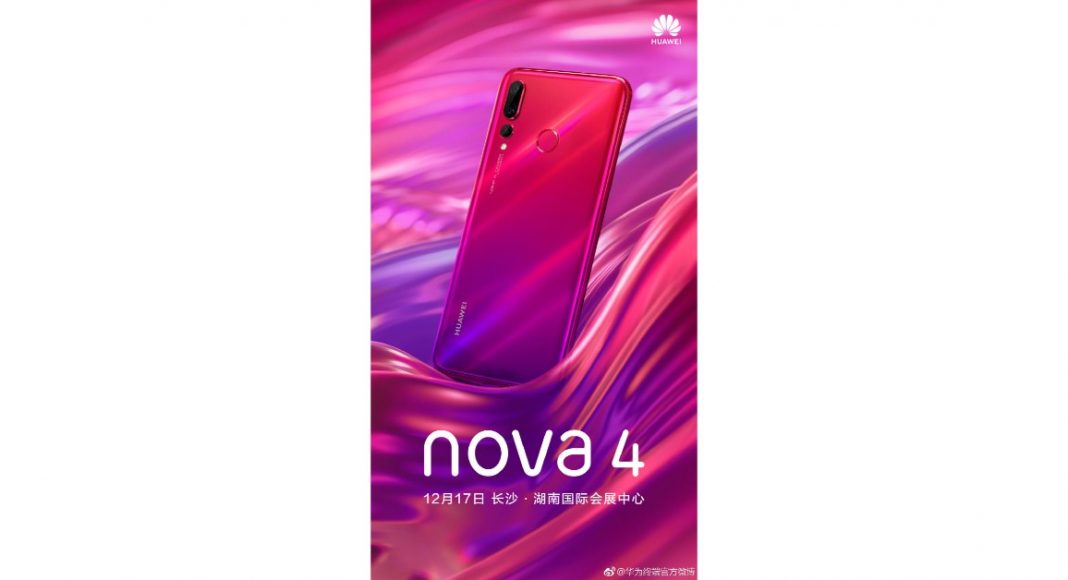 The triple camera setup of Huawei Nova 4 will reportedly consist of a 20MP sensor, a 16MP sensor and a 2MP sensor. Reports have also suggested that the most ‘high-end’ version of the device will come with a 48MP sensor instead of the 20MP one. As of now, there is no clarity on the RAM and storage configurations of the ‘most high-end’ variant of Huawei Nova 4. Most reports suggest that the smartphone will have 8GB RAM and 128GB storage, but an earlier listing claimed the presence of 6GB RAM in the device.

A recent leak by Weibo has revealed some of its specs. The Huawei Nova 4 is expected to sport a 6.4-inch full-HD+ display that will come with an aspect ratio of 19.25:9. It will reportedly be powered by a HiSilicon Kirin 970 SoC clubbed with 8GB RAM and 128 internal storage. The about-to-launch smartphone is said to house a 3900mAh battery, come with support for dual-SIM cards and have 156.47×74.8×8.2mm dimensions. Other sensors on the upcoming Huawei Nove 4 will include Light sensor, Proximity sensor, Accelerometer, Compass, Gyroscope, Compass.

The smartphone’s images have also been spotted in TENNA list which has confirmed that it will house the selfie camera in a punch-hole-cut-out at the top-left hand corner of its display. According to the listing, Huawei Nova 4 will run Android 8.1 Oreo version.

The Huawei Nova 4 will be one of the first smartphones to sport a display hole for selfie camera. The first ever smartphone to launch with a display hole was Samsung Galaxy A8s. Once the Nova 4 is out in the market it would hopefully give a good competition to the Samsung Galaxy A8s. It would be intriguing to see how consumers respond to the product. Let’s stay tuned.