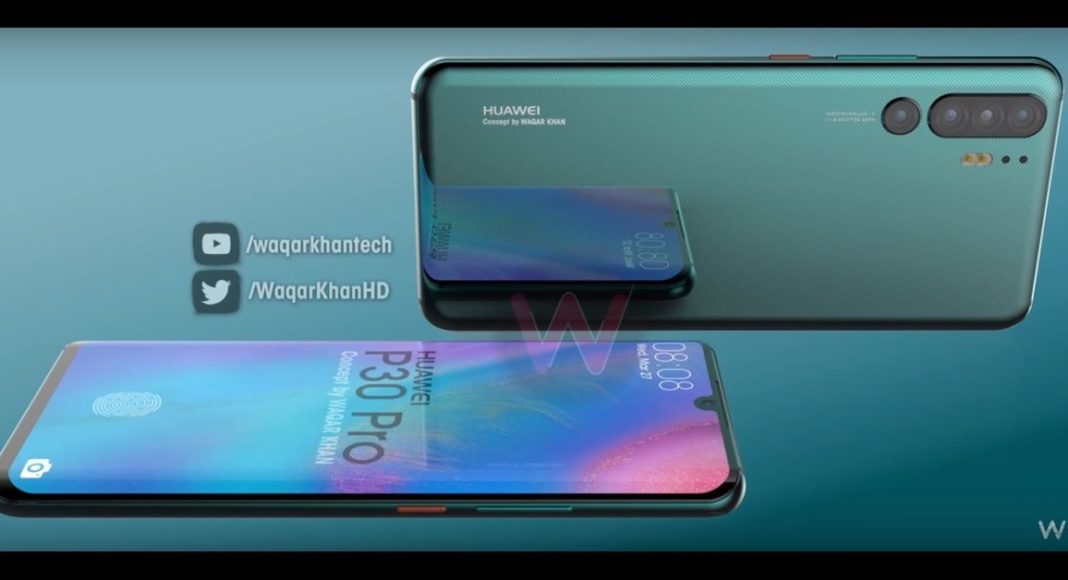 Huawei’s upcoming flagship smartphones – P30 and P30 Pro are confirmed to be launched on March 26 in Paris, France. The upcoming Huawei P30 Pro and P30 smartphones will have cameras as their key highlight as the company has been teasing the camera samples and some photography-centric features of the devices online. And now, the Vice President of Huawei, Clement Wong has confirmed that the Huawei P30 and the P30 Pro will have come with periscope-style zoom cameras.

The predecessor of the upcoming smartphones – the Huawei P20 Pro already came with exceptional cameras with 3X optical zoom and up to 5X hybrid zoom capabilities. However, recently the company released a picture which teased that the upcoming Huawei P30 Pro and P30 handsets will come with lossless zoom capabilities. The company also released a video about the zoom and the speaker features of the smartphones.

Wong broke this news to Android Central while also confirming that the Huawei P30 series will have much better low-light photography capabilities. He said that the upcoming smartphones will come with a ‘next-generation night camera’ which will be a ‘major upgrade’ to the Huawei P20 Pro. Although the VP revealed this, he maintained silence about the zooming capabilities of the camera.

The VP further added that Huawei P30’s camera would be ‘something nobody (has done) before’ which hints at mechanical zoom lens integration. The information is not yet confirmed but the company would surely be coming up with something new.

Earlier leaked news about the Huawei P30 suggests that the smartphone will have a 6.1-inch OLED dewdrop-notch while the P30 Pro will have a 6.5-inch OLED display with dewdrop notch. Huawei P30 will come with triple-rear camera setup while the P30 Pro will have a quad-camera setup. The primary lens is said to house a 40MP camera with 5X lossless zoom while the selfie camera might comprise of a 24MP sensor. Both the variants will have in-display fingerprint scanners and will be powered by HiSilicon Kirin 980 SoC. However, the RAM and storage configurations in both the models will be different. We will update you as we get to know more!

Aman Singhhttps://www.gadgetbridge.com/
Aman Kumar Singh has a Masters in Journalism and Mass Communication. He is a journalist, a photographer, a writer, a gamer, a movie addict and has a love for reading (everything). It’s his love of reading that has brought him knowledge in various fields including technology and gadgets. Talking about which, he loves to tweak and play with gadgets, new and old. And when he finds time, if he finds time, he can be seen playing video games or taking a new gadget for a test run.
Facebook
Twitter
WhatsApp
Linkedin
ReddIt
Email
Previous article
Samsung Galaxy S10+, Galaxy S10 and Galaxy S10e with Infinity-O display, Snapdragon 855 SoC launched in India
Next article
Nokia 9 Pureview starts receiving its first software update: Here’s what is new