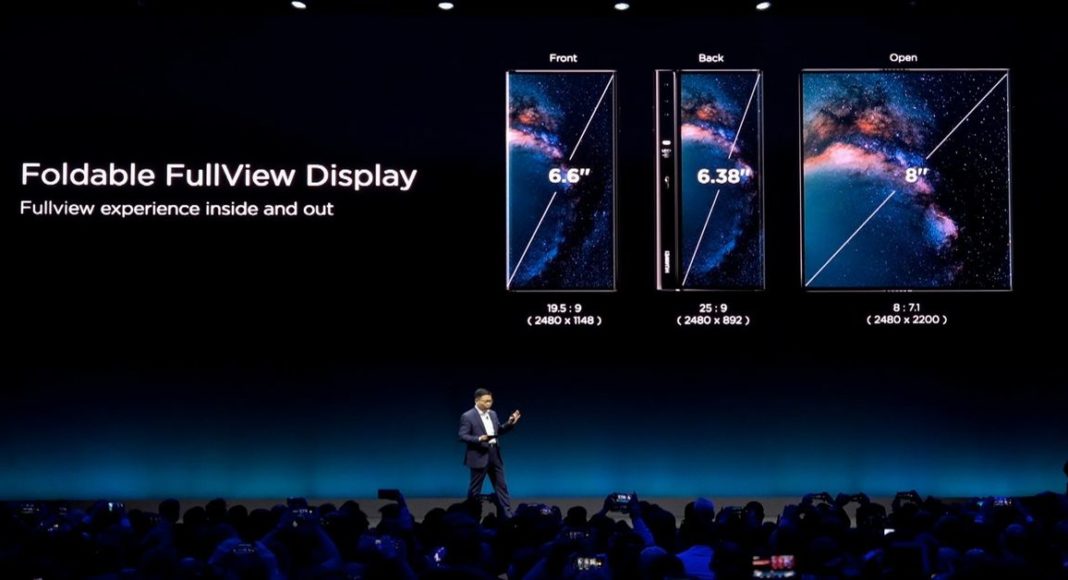 Chinese smartphone brand Huawei grabbed the spotlight at MWC 2019 with its foldable phone Mate X. While Huawei Mate X is not the first foldable phone to be unveiled, it definitely is the first ever 5G foldable smartphone. And now, the company has spoken about how it worked with technology giant Google for Huawei Mate X, that was received well by the media, critics and fans alike.

According to Huawei, it partnered with different companies to develop the Mate X and Google was one of them. The company worked closely with Google to upgrade to the Android OS required for the tablet. The Huawei Mate X comes with a flexible OLED display panel and a mechanical hinge where it folds. Huawei has patented the mechanical hinge it has used in Mate X.

In an interview with IANS, Kevin Ho, President of Handset Business of Huawei Consumer Business Group said “Google is a wonderful partner. We have worked closely with the company on all the projects, including this one.”

According to Ho, the mechanical hinge of Huawei Mate X is the most important part of the device and it took the company three years to develop it.

But as mentioned above, the Chinese smartphone giant not only partnered with Google but several other companies to develop its foldable phone. Each company helped Huawei in one field or the other.

Ho also mentioned that there were a variety of things from ‘different suppliers’ that were used in the device, but they managed to put it all in a ‘precise and beautiful way against the hinge’.

“Firstly, the device is based on the latest Android version ‘Pie’ operating system, but at the same time since it is foldable, a lot of adaptation was needed,” Ho added. Speaking further about the foldable smartphone Ho said that he would love to use it as a phone, but he still thinks it as a real tablet.

Ho also addressed the high pricing of Huawei Mate X, and said that he does not see “suddenly a lot of people using” it, but “a small group of people will, maybe technical-oriented people.” The device is priced at EUR 2,299 (approximately Rs 1,85,000) and it would require a carrier channel to ship the device.

To recall that specifications, Huawei Mate X is powered by Kirin 980 SoC processor and sports a 6.6-inch and a 6.4-inch dual display panel with FullView display. When the device is unfolded, it transforms into an 8-inch tablet of 5.4mm thickness.

Aman Singhhttps://www.gadgetbridge.com/
Aman Kumar Singh has a Masters in Journalism and Mass Communication. He is a journalist, a photographer, a writer, a gamer, a movie addict and has a love for reading (everything). It’s his love of reading that has brought him knowledge in various fields including technology and gadgets. Talking about which, he loves to tweak and play with gadgets, new and old. And when he finds time, if he finds time, he can be seen playing video games or taking a new gadget for a test run.
Facebook
Twitter
WhatsApp
Linkedin
ReddIt
Email
Previous article
GoPro Hero7 Black goes ‘Dusk White’ for a limited period
Next article
Apple’s new patent provides a solution for foldable phones