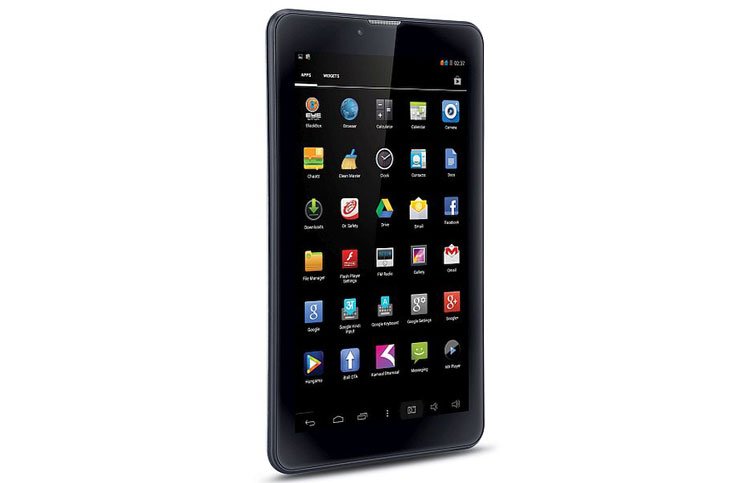 The Indian smartphone manufacturer iBall has added another product to its kitty with the launch of Slide Brillante 3G voice calling tablet. The company has priced the tablet for Rs 5,799 and it will be available in the market in coming weeks.

Speaking about the device, Sandeep Parasrampuria, Director, iBall said, “We are proud to launch Intel processor based first calling tablet in 7-inch in India. iBall Slide Brillante with the 64 bit Intel Processor and 3G calling function we believe would deliver world-class experience offering users a plethora of features at a very affordable price.”

The iBall Slide Brillante flaunts a 7-inch display and runs on Android 4.4 KitKat operating system. Powering the tablet is a 1GHz dual-core Intel Atom x3-C3130 processor paired with 1GB of RAM. The internal storage of the smartphone stands at 8GB which can be expanded up to 32GB using a microSD card. The connectivity attributes of the device include 3G, WiFi, Bluetooth, GPS, OTG and packs in a 3,000 mAh battery.