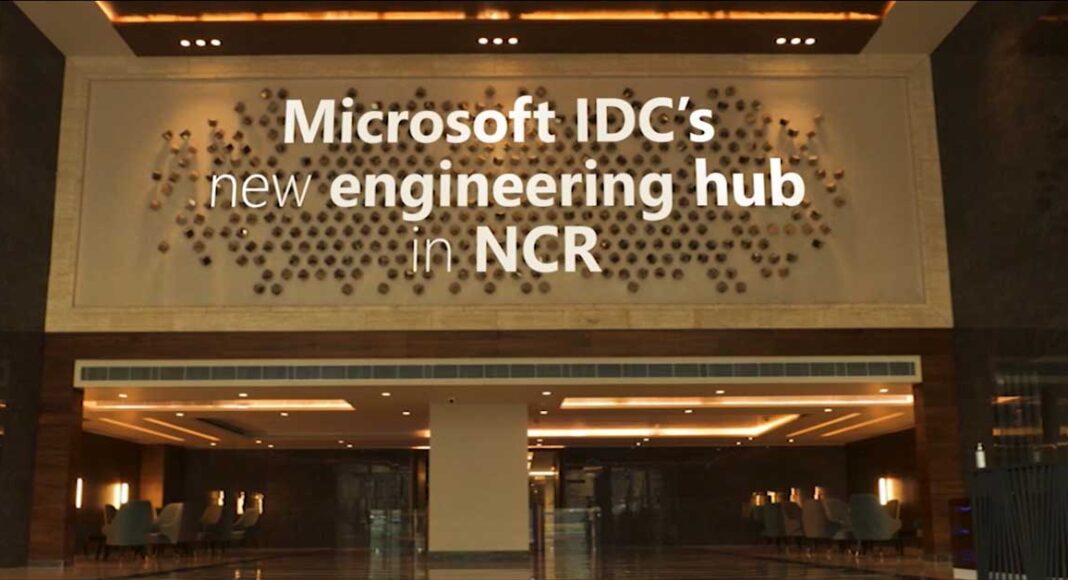 Microsoft has just opened a swanky new office at Noida, Uttar Pradesh in India. While most of the workforce these days is working from home, thanks to the pandemic, Microsoft has gone ahead and opened a plush new office in NCR. The office is called Microsoft India Development Centre where a large workforce can sit and do R&D (research and development) among other things.

Microsoft says, “The actual Taj Mahal is flanked on one side by the river Yamuna, and on the other by the Char Bagh Gardens. So in Noida, the architects took a cue from the natural surroundings of the actual site and translated them with the materials they had. The flow of the river became chevron patterns in the corridors, while the green of Char Bagh Gardens assumed the form of the colour palette and textures in some parts of the Microsoft workspace that gives the illusion of the outdoors.

The Taj Mahal’s marble domes, minarets, arched entrances, jaali work, and even a visual reference to the Char Bagh Gardens, translate seamlessly in this Noida space. In the core area of the office space, archways and marble cladding create a sublime effect, while lattice perforations of the jaali screens — in marble or modified for the ceilings — render the space’s texture and depth. The subtle domes, at the same time, add volume.”

The intricate work is inspired by Taj Mahal, as Microsoft says. Since it is in Uttar Pradesh and close to one of the 7 wonders of the world, the team seems to have picked up details from the monument of love and put them in the new office. Everything from the karigari (artisan work) to dome-type structures have been included. Check out the pictures of the studded new office of Microsoft India laid in 90,000 sq feet, which does not look anything short of a 5-star hotel. 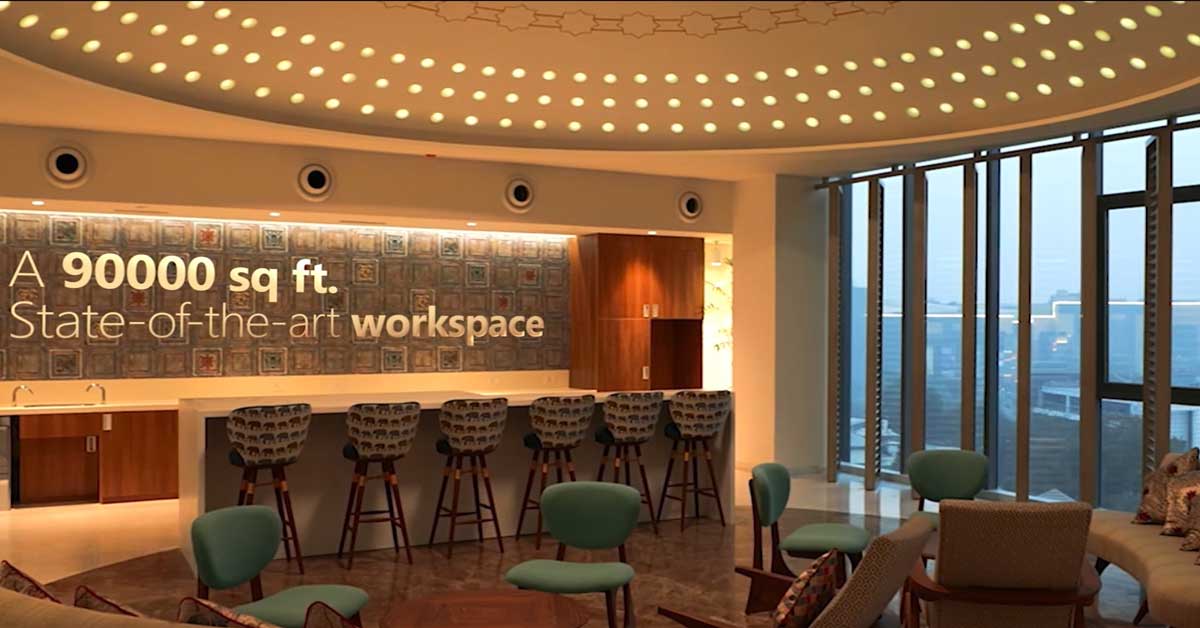 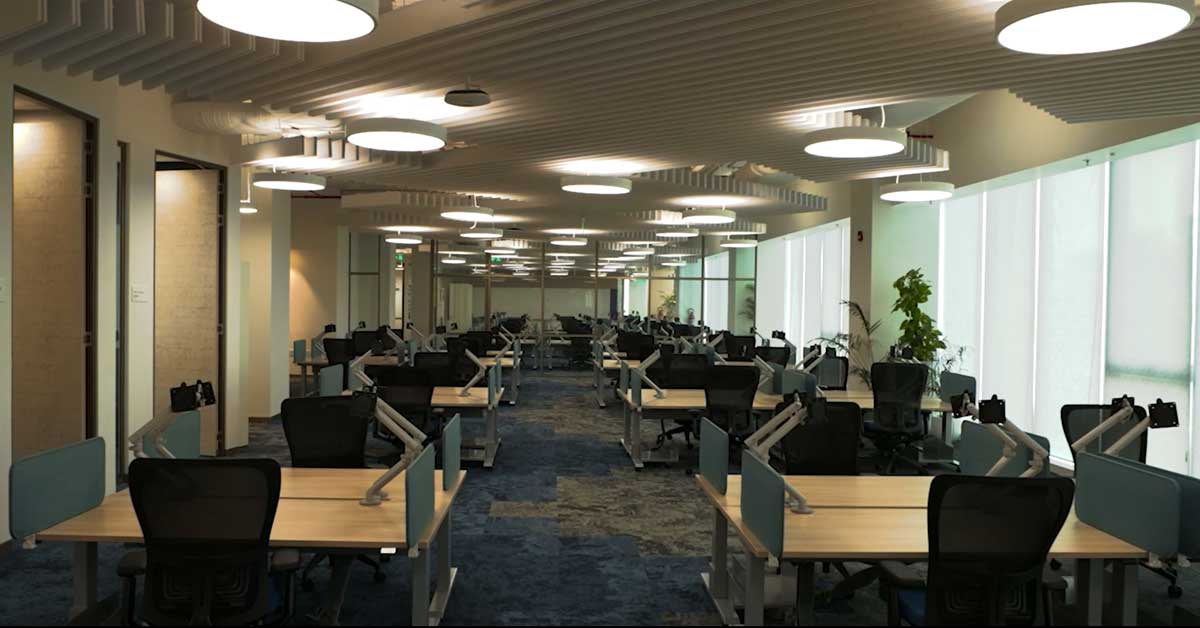 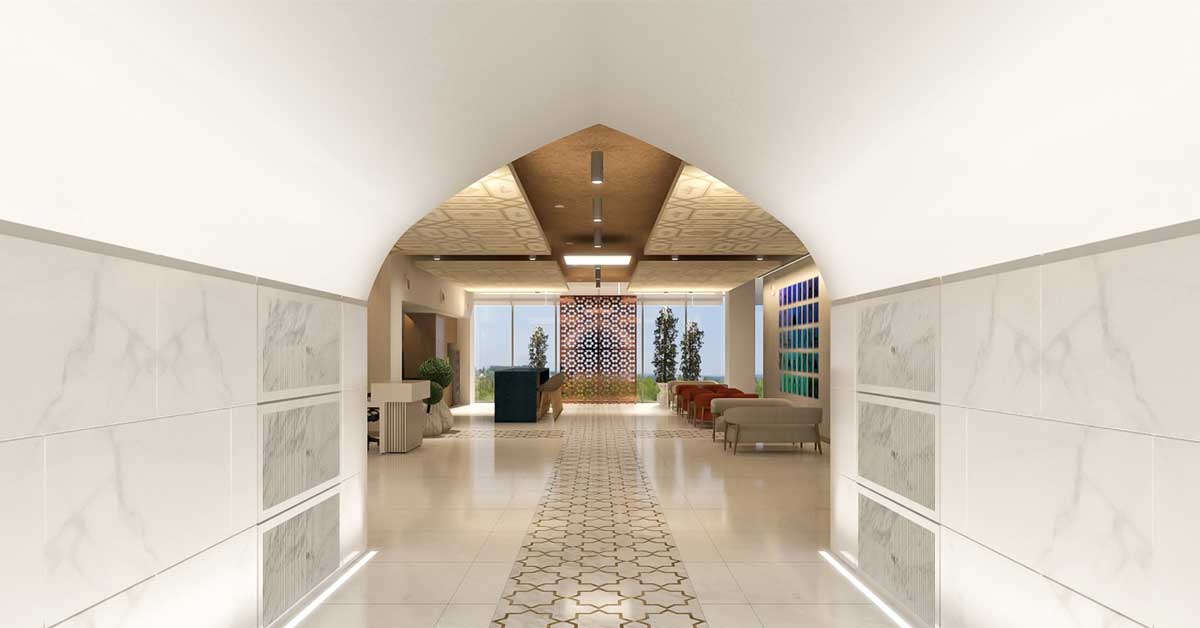 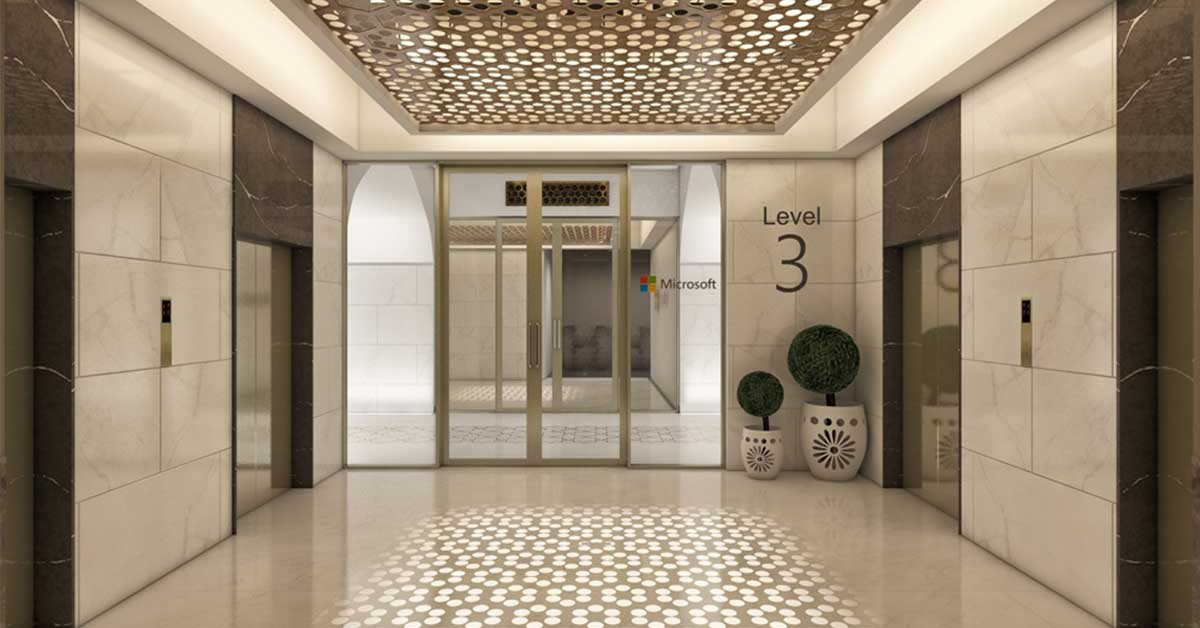 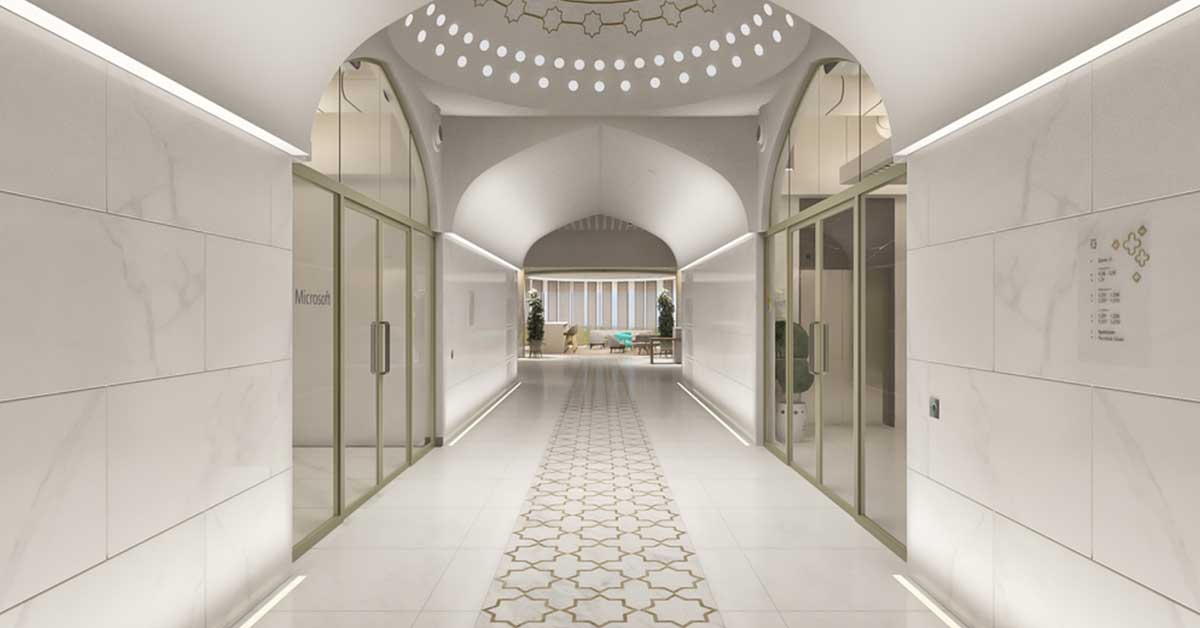 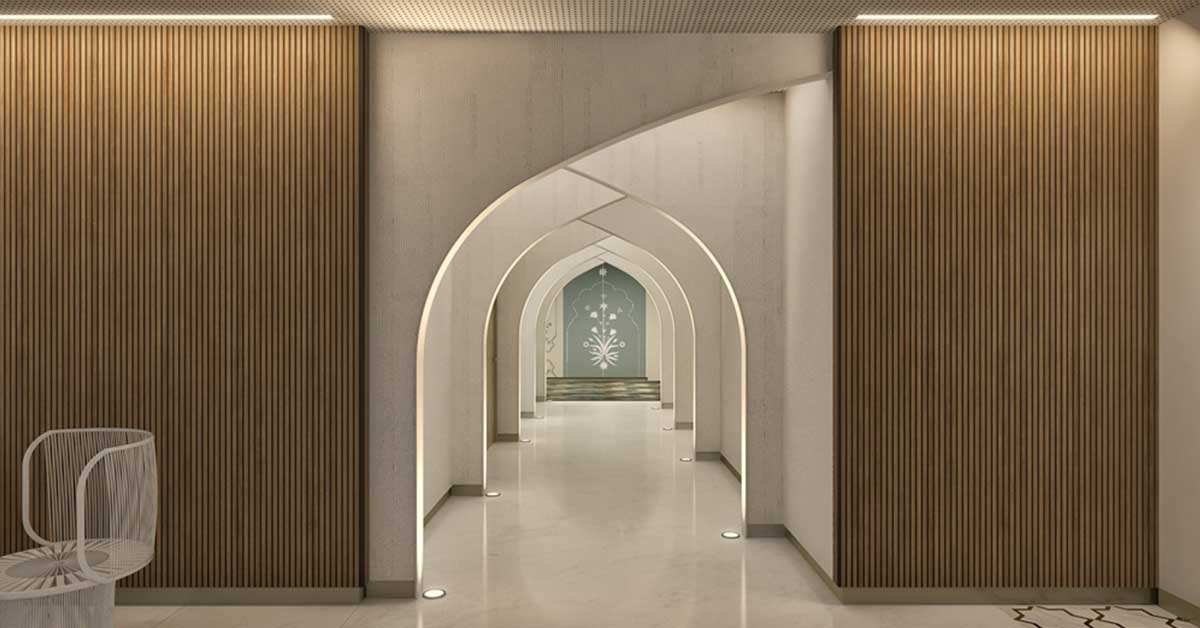 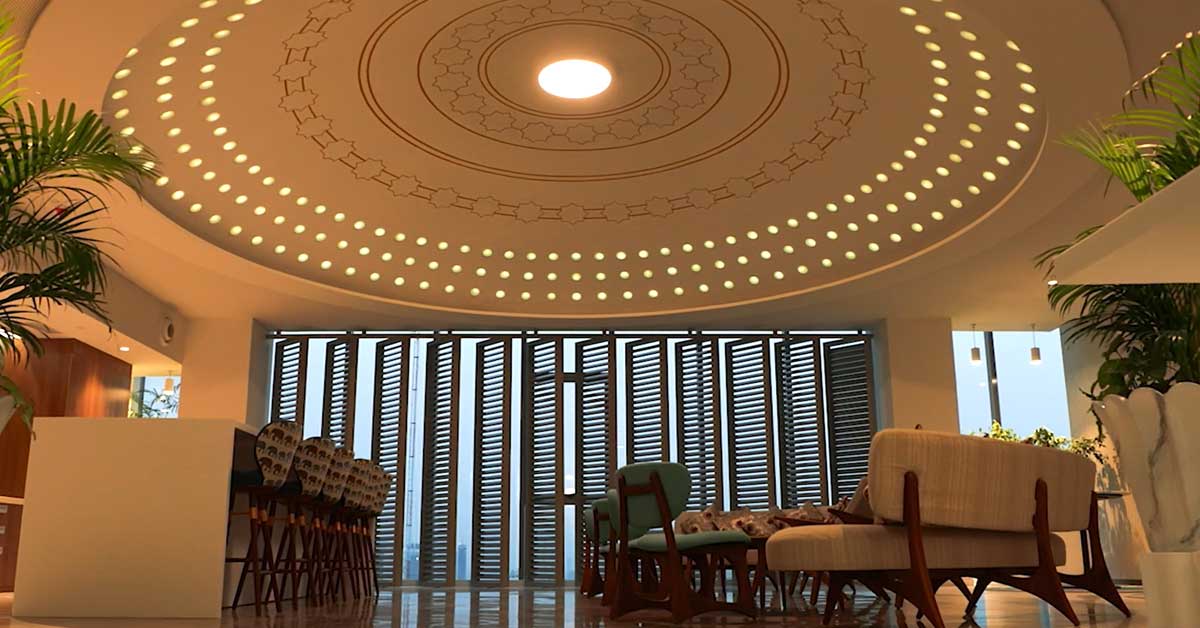 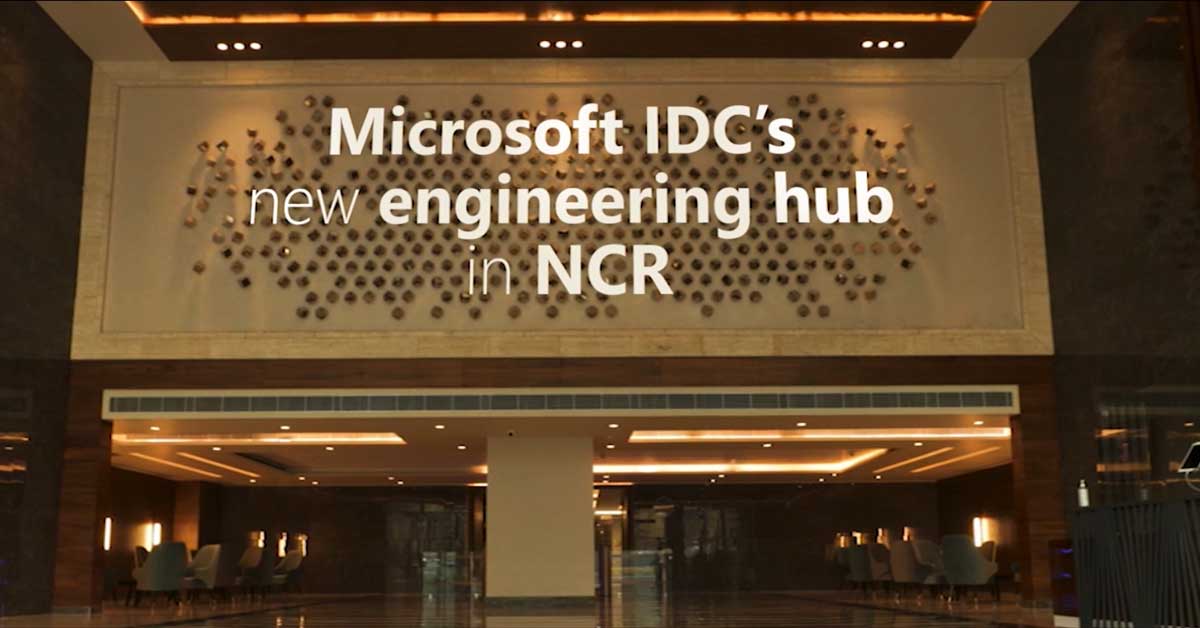 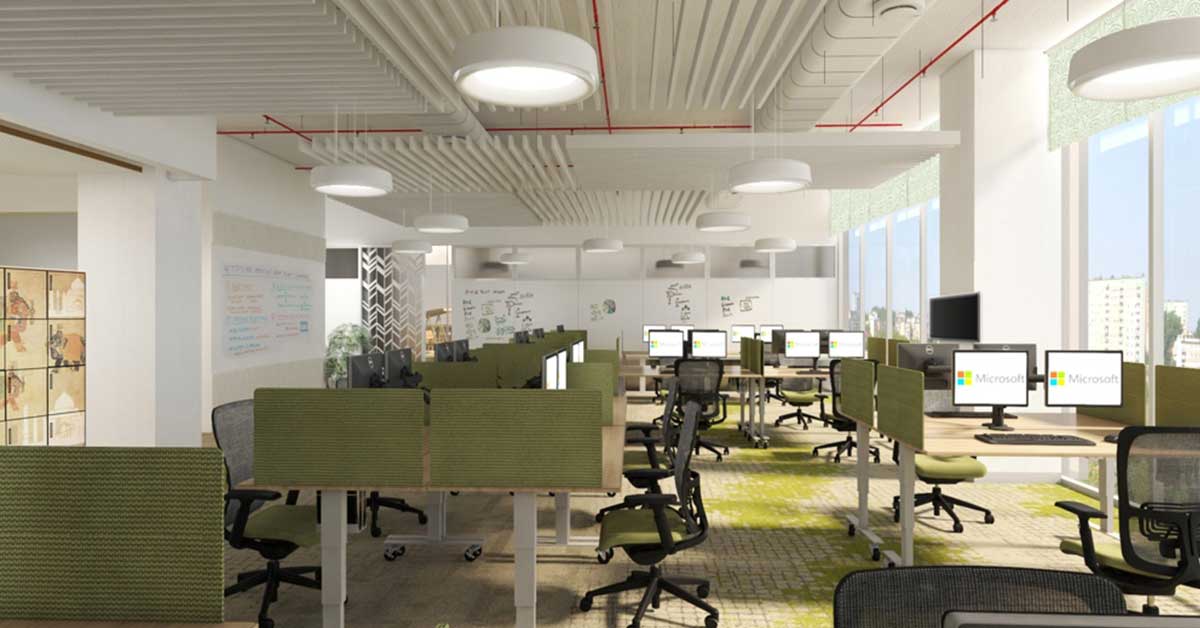 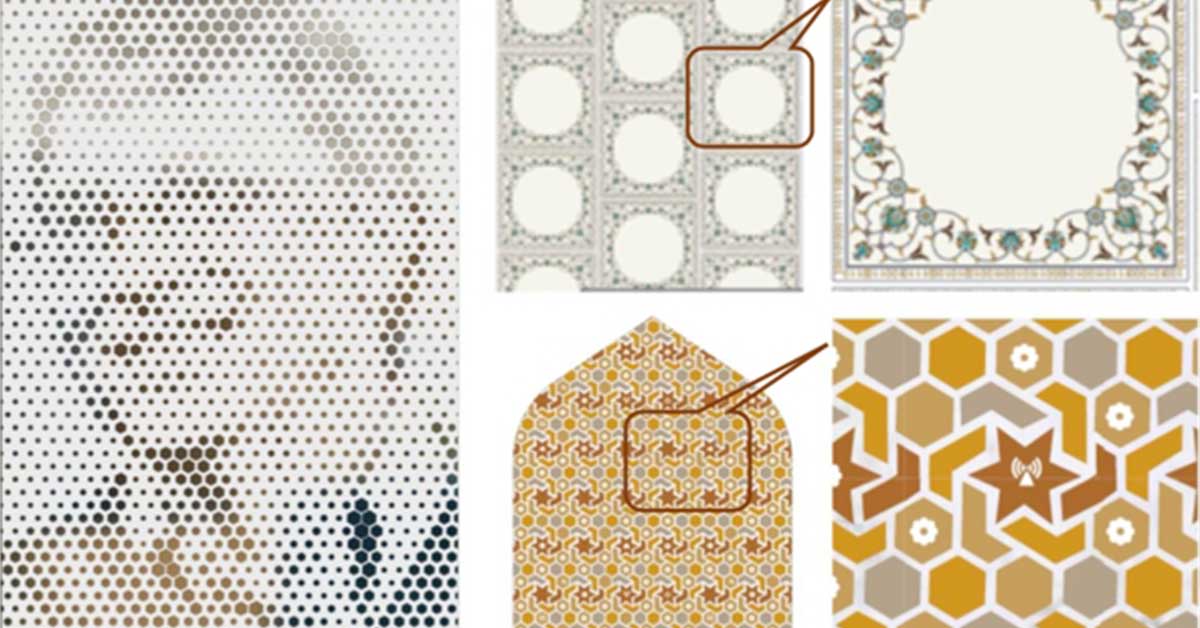 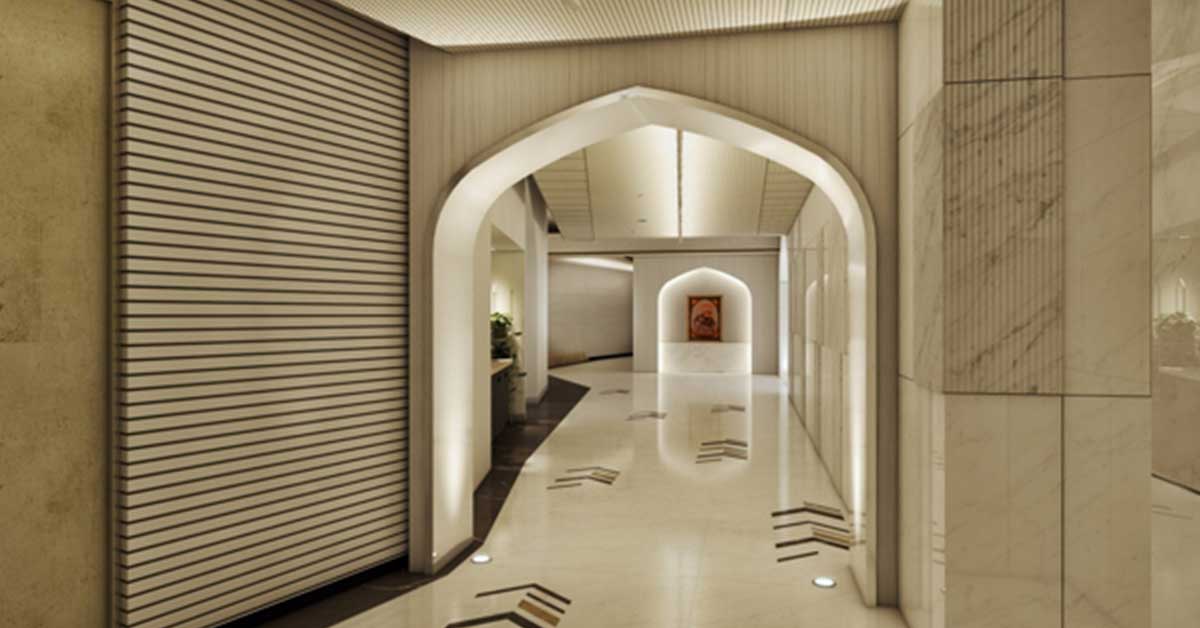 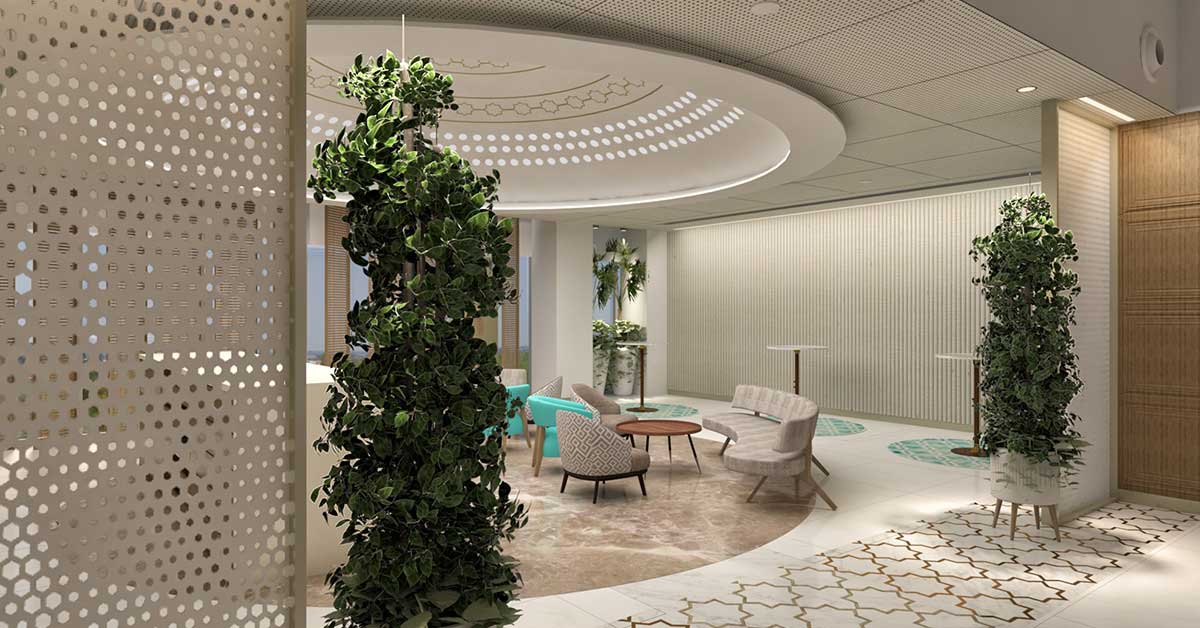 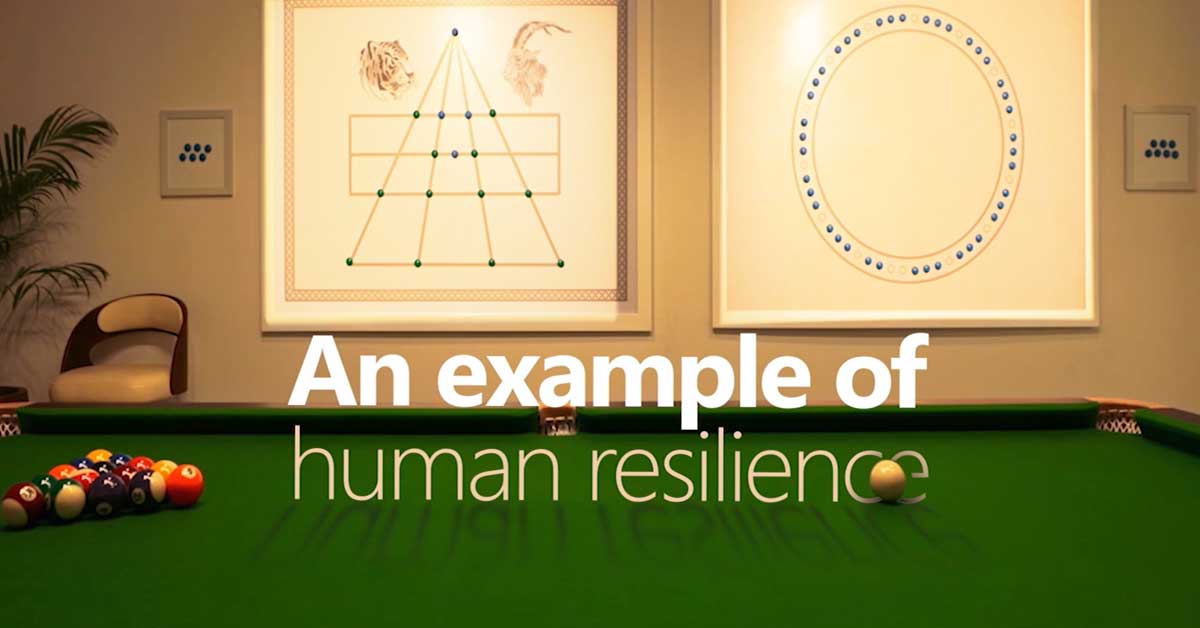