The tournament will see skilled PC gamers competing across four of the most popular and exciting PC games - Valorant, CS: GO, Rainbow 6 Siege, and DOTA2. 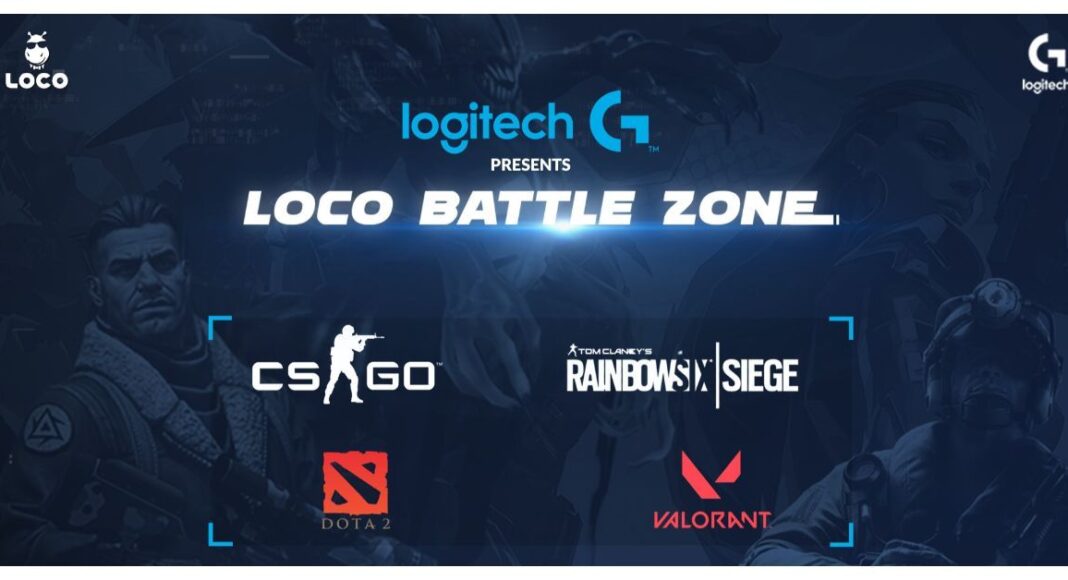 In a new development of India’s leading esports and game streaming platform and esports platform, Loco today announced its partnership with the tech giant Logitech G to host India’s largest PC tournament that is said to deliver unrivaled entertainment to the strong PC gaming ecosystem in the country.  The tournament will see skilled PC gamers competing across four of the most popular and exciting PC games – Valorant, CS: GO, Rainbow 6 Siege, and DOTA2.

Commenting on the partnership, Dhiraj Soni, Head of marketing and gaming category, Logitech India said, “Logitech G has been constantly innovating for the vibrant and young community of gamers to have an immersive and seamless gaming experience. We carry a legacy when it comes to gaming peripherals and we are thrilled to partner with Loco to reach out to the gaming community through the esports tournament.” He further added, “We have been contributing significantly towards building a robust gaming ecosystem. We have a wide portfolio of products, enabling first-time gamers with G102 mouse and G213 keyboard, enhancing performance for gaming enthusiasts with G502 mouse series and G733 wireless headsets, and appealing to pro gamers with the highly successful GProX headset.”

Both Loco and Logitech G have teamed up to host one of India’s largest PC gaming tournaments. With the announcement, both the brands aim to provide a seamless streaming experience for players and viewers across the globe.  The most popular PC games are organised by Loco to create an enhanced experience with Logitech G’s gaming accessories. The esports tournament is going to seePC gamers competing across games like Valorant, CS: GO, Rainbow 6 Siege, and DOTA2.

This partnership will help create a unique value proposition for both the brands, showcasing Logitech G’s gaming peripherals/ gear/ accessories, as premium products along with Loco hosting an undoubted seamless streaming experience for players and viewers.

This is not the first time that Pocket Aces Loco has collaborated with a hardware Giant like Logitech. The company has also teamed with India’s top competitive gamers and streamers such as Jonathan, Ghatak, IND Snax, and Xyaa, who, along with top teams like Fnatic, IND, 8bit, and Team Tamilas among others. Also Loco has strengthened its position in the constantly growing gaming ecosystem, which comprises over 300 million gamers and is estimated to be worth USD 1 billion by 2021.

To recall in September 2020 it hosted a five-month-long tournament that received a good response with over 96 gaming teams including A-lister teams and pro players competing for top honors. Live-streamed on the Loco app, viewers can follow their favourite players, and see first-hand how Logitech G products can improve their play, apart from learning a new skill set to better their game.

Komila Singhhttp://www.gadgetbridge.com
Komila is one of the most spirited tech writers at Gadget Bridge. Always up for a new challenge, she is an expert at dissecting technology and getting to its core. She loves to tinker with new mobile phones, tablets and headphones.
Facebook
Twitter
WhatsApp
Linkedin
ReddIt
Email
Previous articleSamsung Days Sale: Discounts and offers on Samsung smartphones and Tablets during Valentine Week
Next article10 must-download utility apps for new Android smartphone power user