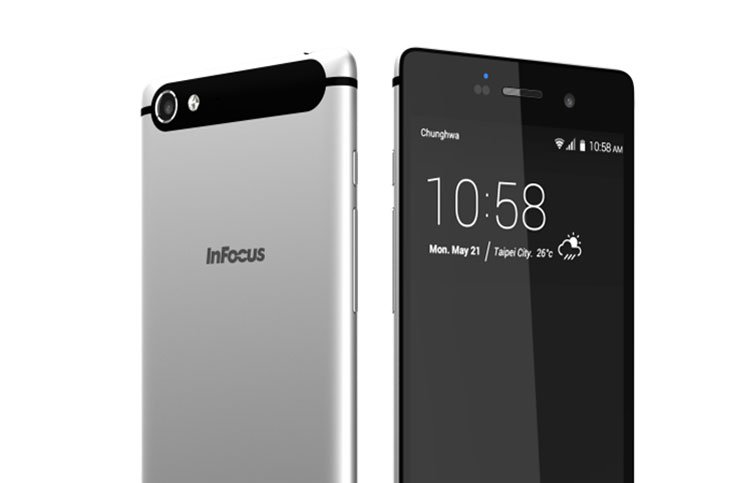 Apart from the frequent smartphone announcements, InFocus have also announced a new 2-in-1 tablet. The company has not given any name of the tablet yet. But, InFocus will be launching the tablet later this year in India.

The tablet has a 10.1-inch Full HD capacitive touchscreen display. This device is powered by a Quad-core Intel Atom processor, which is clocks at 1.11GHz and supports hyper-threading up to 1.83GHz. It comes packed with 2GB DDR3 RAM. Over that, the InFocus 2-in-1 Hybrid tablet also has 32GB internal memory.

The InFocus 2-in-1 tablet has a 5-megapixel rear camera and a 2-megapixel secondary front facing camera. The device is 8.8 mm thick and weighs around 550 grams (including the battery). This tablet houses an 8,000 mAh battery, which is non-removable. It also comes with an attachable keyboard cover, hence it is a hybrid machine.

It has been spotted running Windows OS. So it may come with dual boot functionality booting Android OS alongside Windows OS or just plain Windows. But, there is no confirmation yet about the OS of the tablet yet. We will confirm what it will be running exactly as soon as we get more information about it.

The price and availability of this tablet will be known in coming days.

Sahiba Sethhttp://www.gadgetbridge.com
Sahiba Seth is a student, pursuing English (Hon) from Delhi University. She has been a trainer of HYTSE (Helping Youngsters To Speak English) in her school. She loves to interact with people and she is crazy about gadgets like mobiles and cameras. She likes to read and search about gadgets, and their features. She loves to stay in tune with the happenings of Hollywood and Bollywood. Also, she is passionate about reading novels and creative arts.
Facebook
Twitter
WhatsApp
Linkedin
ReddIt
Email
Previous article
Intex brings its latest 40-inch full HD LED TV to India at Rs 35,999
Next article
One Plus 2 will officially start selling on 11 August at Rs 24,999 in India