iQoo 9T 5G gets listed on Amazon, hinting at the upcoming launch

The smartphone appears to be similar to the iQoo 10 series which is scheduled to launch in China on July 19. 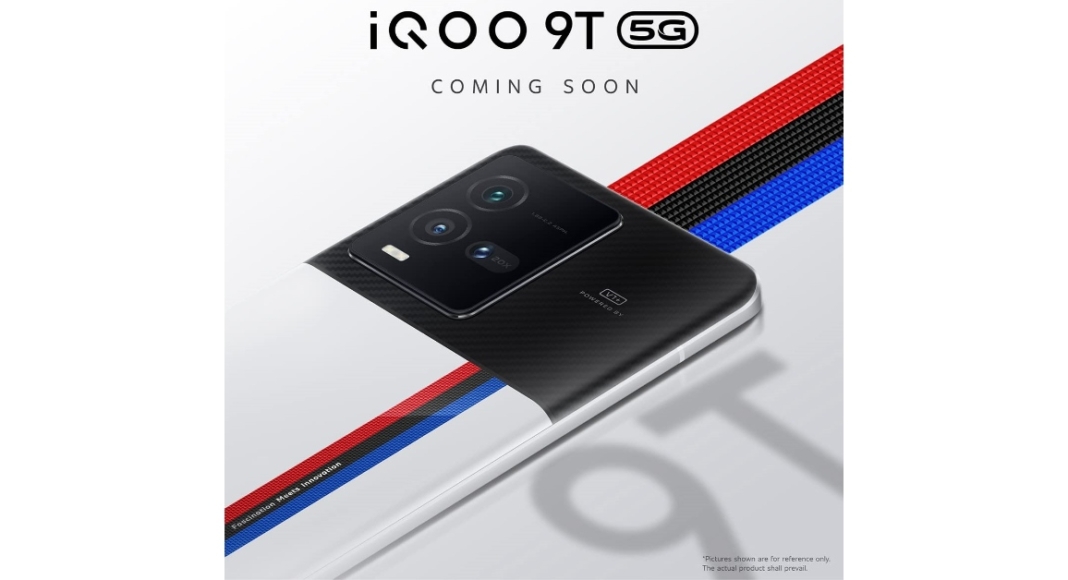 The introduction of the iQoo 9T 5G in India is scheduled soon. Amazon India has been hinting that the new iQoo 9 series phone will be arriving in the nation. The precise launch date and time of the phone are not stated in the listing, but as per the listing the iQoo 9T 5G will sport a triple back camera setup in addition to Vivo’s V1+ imaging technology.

iQoo 9 Series is soon getting bigger in India. The company will be launching iQoo 9T 5G in the nation. Even though iQoo has yet to reveal the precise date of its release, the device has been listed on Amazon indicating the upcoming launch. The iQoo 9T 5G would be the fourth model in the iQoo 9 series, which included the basic iQoo 9, iQoo 9 Pro, and iQoo 9 SE variants when it was introduced in February of this year.

The e-commerce listing implies that the next phone will have a look that is influenced by BMW Motorsport. Three colour stripes symbolising the brand flow off-centre down the white back panel in a pattern that is reminiscent of BMW Motorsport.

The power button is displayed in a blue hue. Additionally, a triple camera arrangement with 40x digital zoom is seen on the back. The device will also have Vivo’s V1+ imaging chip. It may also include a 6.78-inch AMOLED display with a 120Hz refresh rate.

The Snapdragon 8+ Gen 1 chipset is anticipated to power the new smartphone. Two RAM and storage combinations are anticipated: 8 GB RAM with 128 GB storage and 12 GB RAM with 256 GB storage. Additionally, the device might be capable of 120W fast charging.

The iQoo 10 series, which will officially launch in China on July 19, has a similar appearance and set of features to those teased. Two models are anticipated to debut iQoo 10 and iQoo 10 Pro. The business has created a promo film before the launch date that showcases the smartphone’s full design. They will include Vivo’s V1+ imaging chip and three rear cameras. The Qualcomm Snapdragon 8+ Gen 1 SoC will be the engine behind the iQoo 10 series.

Komila Singhhttp://www.gadgetbridge.com
Komila is one of the most spirited tech writers at Gadget Bridge. Always up for a new challenge, she is an expert at dissecting technology and getting to its core. She loves to tinker with new mobile phones, tablets and headphones.
Facebook
Twitter
WhatsApp
Linkedin
ReddIt
Email
Previous article
Garena Free Fire Redeem Codes Today 15 July 2022: Here is how to claim them
Next article
How to Install Google Assistant on Samsung Galaxy Watch 4