Both the phones have a lot in common: the Pro model of the phones has a ROG Vision PMOLED display on the back panel, whilst the non-pro variant has an illuminated ROG logo. 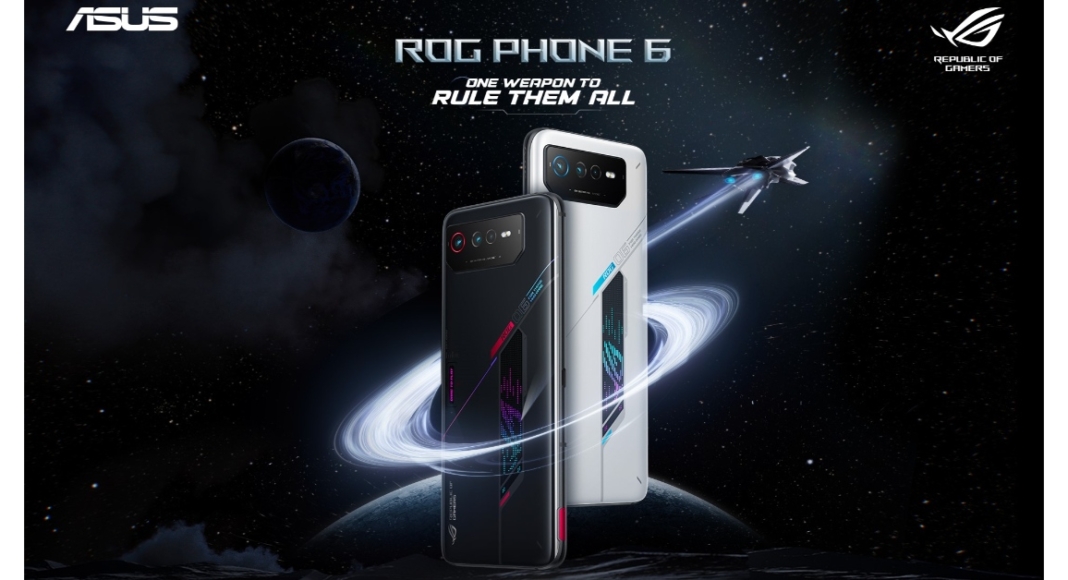 Asus has officially announced the launch of the new ROG Phone 6 series in the Indian market and globally today. The new Republic of Gamers series includes two gaming phones Asus ROG Phone 6 and ROG Phone 6 Pro. Both the devices feature a 165Hz AMOLED display along with a 50MP triple rear camera set-up. Moreover, the phones are the first to be powered by the latest Snapdragon 8+ Gen 1 processor.

Asus ROG Phone 6 features a 6.78-inch full-HD+ Samsung AMOLED display having 1,080×2,448 pixels of resolution. It has a Pixelworks i6 Processor, supports a refresh rate of 165Hz, a touch sampling rate of 720Hz. It comes with a response time of 1ms, a touch latency of 23ms, compatibility for HDR10+, and a maximum brightness of 1200 nits. The display has 2.5D curved glass with Corning Gorilla Glass Victus protection. 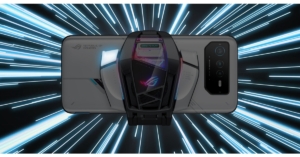 The Qualcomm Snapdragon 8+ Gen 1 SoC and Adreno 730 GPU are found inside the Asus ROG Phone 6 with 12GB of RAM with UFS 3.1 storage capacity of 256GB. It has a GameCool 6 cooling system from Asus. It includes an updated, 360-degree CPU cooling system that dissipates heat more effectively.

There is a 6,000mAh battery on board which offers fast charging at up to 65W. To connect the ROG phones to a PS4, Xbox, or Stadia controller with an adjustable arm, there is also a ROG Kunai 3 Gamepad, an expansion dock, and a ROG Clip.

The 6.78-inch full-HD+ Samsung AMOLED display on the ROG Phone 6 Pro has a resolution of 1,080×2,448 pixels. It has a Pixelworks i6 Processor, which provides a 165Hz refresh rate and a 720Hz touch sampling rate. It has a maximum brightness of 1200 nits, a response time of 1 ms, a touch latency of 23 ms, and HDR10+ support. The display is protected by 2.5D curved Corning Gorilla Glass Victus. The Pro model also has a tiny ROG Vision-enabled PMOLED display on the back panel.

The Asus ROG Phone 6 Pro is powered by the Adreno 730 GPU and Qualcomm Snapdragon 8+ Gen 1 SoC with 18GB of RAM and 512GB of UFS 3.1 storage. It has an Asus GameCool 6 cooling system. It has a modernised, 360-degree CPU cooling system that more efficiently distributes heat. 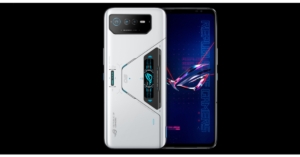 The cameras, connectivity options and sensors on the ROG Phone 6 Pro are similar to the vanilla variant.

The 6,000mAh battery housed inside the phone also supports 65W fast charging but shipped with a 30W charger inside the box.

Two 5-magnet 12×16 Super Linear speakers tuned by Dirac are included with the phones. Both phones have an IPX4 water resistance rating.

The AeroActive Cooler 6 is an accessory for the Asus ROG Phone 6 and ROG Phone 6 Pro smartphones that feature an integrated thermoelectric cooling system to drastically reduce the temperature of the devices which can be used wirelessly and is powered by the phone’s battery.

Komila Singhhttp://www.gadgetbridge.com
Komila is one of the most spirited tech writers at Gadget Bridge. Always up for a new challenge, she is an expert at dissecting technology and getting to its core. She loves to tinker with new mobile phones, tablets and headphones.
Facebook
Twitter
WhatsApp
Linkedin
ReddIt
Email
Previous article
Top 7 Telegram Bots for Groups You Should Use Right Now
Next article
How to Fix “Facebook Keeps Logging Me Out?” Best and easy ways