The device will be powered by a Snapdragon 870 SoC. 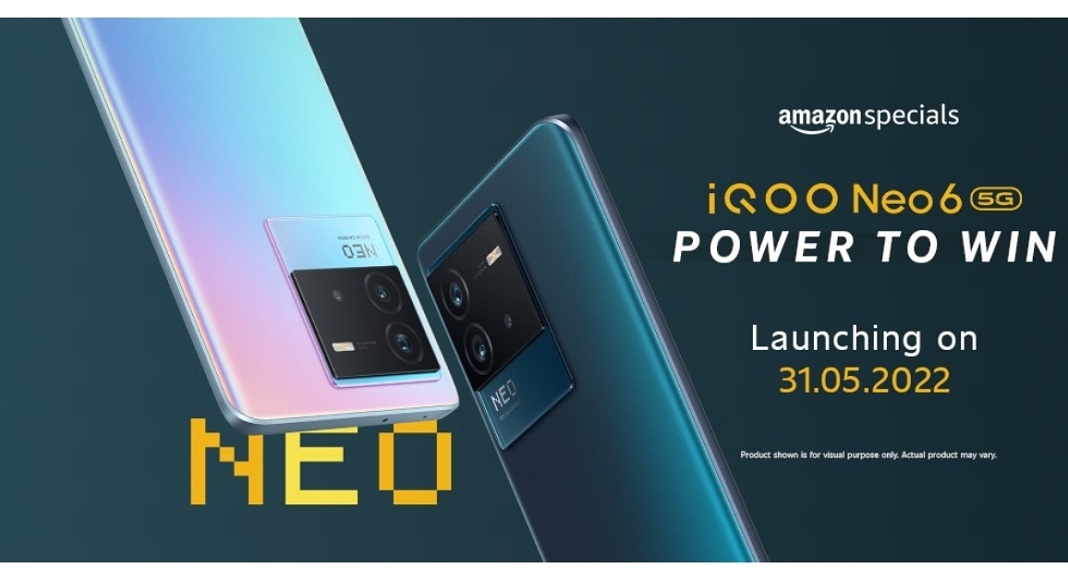 iQoo Neo 6 is going to arrive in India soon, becoming the first smartphone in the Neo series to do so. The handset has been listed on Amazon, therefore, revealing the May 31 launch date. The device will be powered by Snapdragon 870 SoC and will house a 4700mAh battery with 80W fast charging support.

As per Amazon listing iQoo Neo 6 will launch in India on May 31. Not much has been revealed about the upcoming smartphone but the Amazon listing reveals a Snapdragon 870 5G processor to power the phone. Moreover, the smartphone will pack a 4,700mAh battery that will have 80W FlashCharge support. As per the listing, the 80W FlashCharg Technology can charge 50 percent battery in just 12 minutes.

Knocking it out of the park is kinda our power game.
Thrilled to reveal the all-new #iQOONeo6 5G powered by the Snapdragon 870 5G and 80W FlashCharge! Are you ready for your Neo #PowerToWin?

Past leaks suggest that the Indian variant of the Neo 6 could cost more than Rs. 29,000 for the base model and more than Rs 31,000 for the highest variant. The Interstellar and Dark Nova colour options for the phone are expected to be available.

According to a tipster, the Indian version of the iQoo Neo 6 will have a 6.62-inch E4 AMOLED display. The screen will have up to a 120Hz refresh rate support. The phone is said to be powered by Android 12. The tipster also mentioned that the Neo 6 would come in two models in India, with Snapdragon 870 and Snapdragon 870+ SoC. To recall iQoo Neo 6 was first released in mid-April and comes with a Snapdragon 8 Gen 1 processor.

According to the source, the Neo 6 in India will have up to 8GB of RAM and 128GB of internal storage. Moreover, the device is likely to have a triple camera setup with 64-megapixel (OIS), 8-megapixel, and 2-megapixel sensors. It may also feature a 16-megapixel front camera.

According to the leak, the Indian version of the Neo 6 will have a 4,700mAh battery that supports 80W fast charging.

Komila Singhhttp://www.gadgetbridge.com
Komila is one of the most spirited tech writers at Gadget Bridge. Always up for a new challenge, she is an expert at dissecting technology and getting to its core. She loves to tinker with new mobile phones, tablets and headphones.
Facebook
Twitter
WhatsApp
Linkedin
ReddIt
Email
Previous article
How To Install Google Chrome on Android TV (2022)?
Next article
Garena Free Fire Redeem Codes Today 21 May 2022: Here is how to claim them