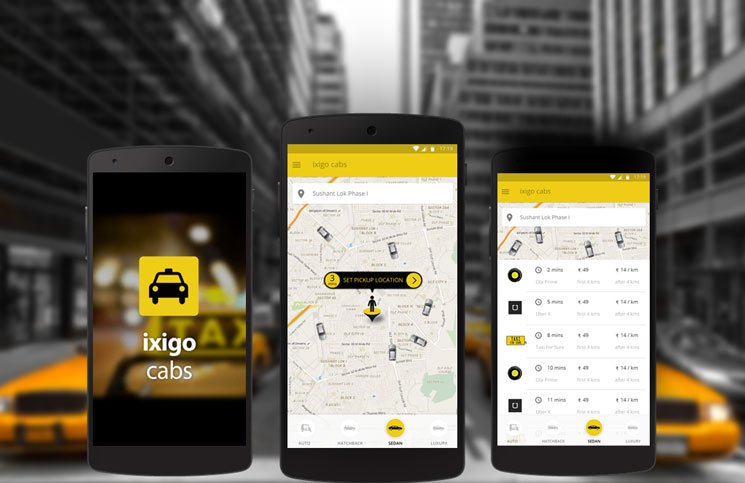 ixigo is one of India’s leading mobile travel search marketplace. They have recently announced that they have accomplished the acquisition of Square Hoot Hikes, the parent company of Rutogo, an inter-city cabs aggregator, for an unrevealed amount. As part of the deal, the Rutogo team will be joining ixigo to scale its fast-growing cabs app by building a marketplace for inter-city taxi owners and vendors.

Aloke Bajpai, Co-Founder & CEO, ixigo said, “Rutogo’s team is passionate about the tourist taxis segment and they had made considerable progress in building a marketplace with nearly 100 taxi vendors across India within a few months of operation. This acquisition fits well with our overall strategy of providing comprehensive choice across intra-city and inter-city taxi booking options. We will be launching outstation taxis in the coming weeks, and will also be opening up the cabs marketplace and partner with other booking apps in the inter-city taxis space shortly. With flights, trains, buses & cabs, we are now the most comprehensive transportation search in India.”

Earlier, ixigo had launched the first Indian meta-search app for cabs on the Google Play Store. The ixigo cabs app allows users to search across app-based taxi providers such as Ola, Uber and Easycabs within seconds and book them in one click.

ixigo cabs is now the fastest growing app in the companies portfolio. It is set to debut on iOS in a few days time. The app was earlier limited to intra-city taxis and autos transport. And with Rutogo, ixigo will expand into the inter-city tourist segment as well.

Micromax has also recently invested in ixigo to bundle travel services natively into their new range of Android phones. A good move that will surely help ixigo go from its 6.5 million monthly active users to over 30 million monthly active users by the end of 2016. ixigo’s mission is to simplify the lives of travellers by building apps that make their travel search and planning hassle-free.

Ajay Singhhttp://www.gadgetbridge.com
Ajay Singh might still be studying English (Hons) from DU, but his skills over the language are pretty much top notch. He wants to quickly learn the ropes of journalism. Tech and gadgets fascinate him. His passion for the same drives him to research about new things tech. He tries to stay on top of gadget news. If there is a new tech toy launched, we are most likely to go up to him for its news. He likes to read and is crazy about travelling. He is also a cricketing ace and cannot resist a good Dosa.
Facebook
Twitter
WhatsApp
Linkedin
ReddIt
Email
Previous articleIntel’s Maker Lab in India with focus on mobile devices and Internet of Things
Next articleXiaomi Mi Edge smartphone to come with curved dual edge display soon to India