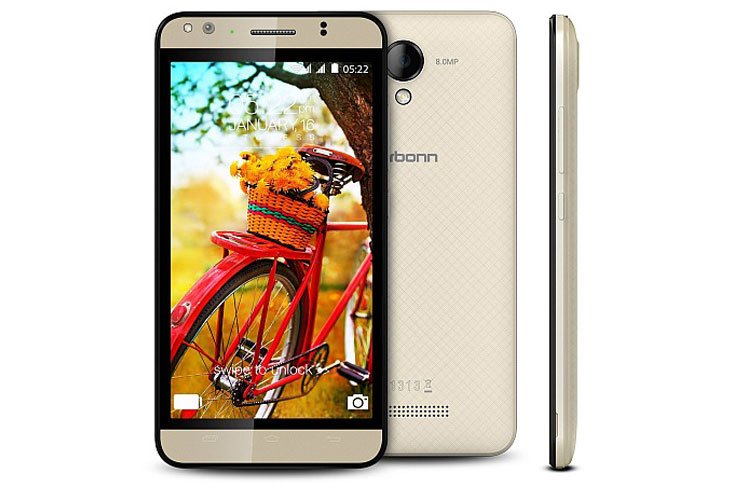 Karbonn, the domestic smartphone manufacturer has just launched its latest Titanium Mach Five in India, which will be exclusively available on Amazon.  Karbonn has partnered with Peel for its IR app to double up as a universal remote control for home appliances such as modern television sets, air-conditioner, set top box etc.

Shashin Devsare, Karbonn Executive Director said, “While the actually sales of Karbonn smartphones are mostly happening through brick and mortar stores, the brand has slowly increased the sale on e-commerce websites as well. Over 30 per cent of our smartphones are now sold on online shopping sites. We want to strengthen our presence in stores as well on online websites. Karbonn Titanium Mach Five comes with infrared emitter and Peel application that enables it to function as remote control for TV, STBs, and ACs of about 400 brands. At Rs 5,999, it is value for money.”

The Karbonn Titanium Mach Five features a 5-inch 720p HD display. Powering the smartphone is a 1.3GHz Quad-Core processor paired with 2GB of RAM. The onboard storage of the mobile phone accounts to 16GB, which can be expanded by up to 32GB using a microSD card. The smartphone runs on Android 5.0 Lollipop operating system.

Karbonn Titanium Mach Five will exclusively be available on Amazon at Rs 5,999. It shall arrive in stock on August 7.

Ajay Singhhttp://www.gadgetbridge.com
Ajay Singh might still be studying English (Hons) from DU, but his skills over the language are pretty much top notch. He wants to quickly learn the ropes of journalism. Tech and gadgets fascinate him. His passion for the same drives him to research about new things tech. He tries to stay on top of gadget news. If there is a new tech toy launched, we are most likely to go up to him for its news. He likes to read and is crazy about travelling. He is also a cricketing ace and cannot resist a good Dosa.
Facebook
Twitter
WhatsApp
Linkedin
ReddIt
Email
Previous article
Asus launches Asus Zenfone 2 Deluxe in India for Rs 22,999
Next article
Micromax Canvas Xpress 2 Review: A stylish budget smartphone at an incredible price