Krafton’s Thunder Tier One debuts in the market, now available on Steam: Details Inside

The tactical shooter is the most recent release by the BGMI makers that will appeal to fans of military strategy. 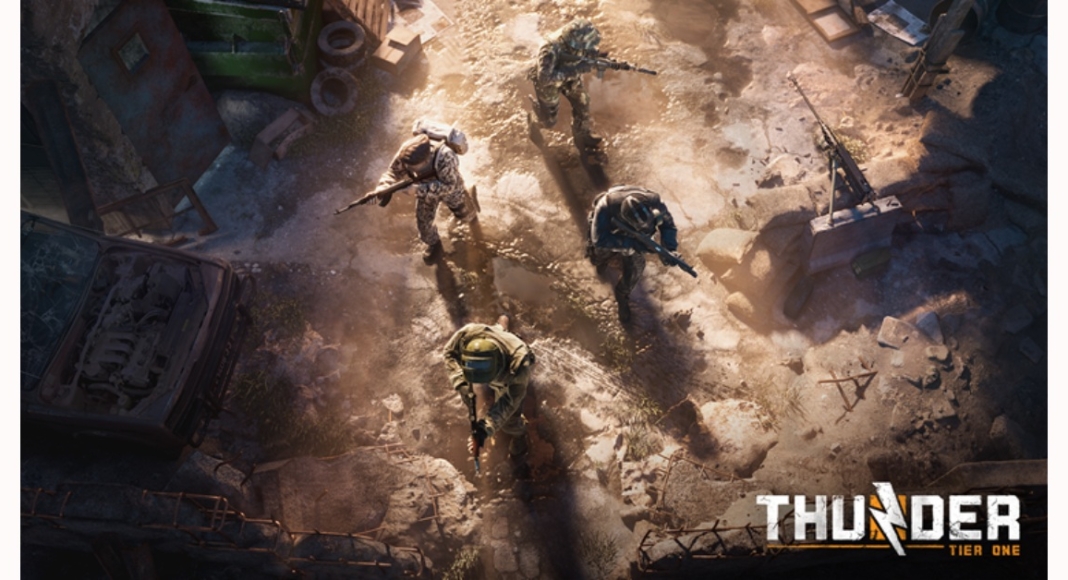 Thunder Tier One, Krafton’s latest to enter into the PC industry for the military-strategic gameplay enthusiasts. This shooter game is now available for purchase on Steam.

Pawel Smolewski, Creative Director of Thunder Tier One, said: “Thunder Tier One started as a personal project, somewhere for myself and friends to play around and try out new ideas. The fact it has now developed into a full game for fans to enjoy is truly exciting. The small Thunder Tier One team has been fully focused on bringing the title to life. We are thankful for KRAFTON’s support in helping us to bring a new experience to this genre and its core audience. Now we’re looking forward to our community jumping into Salobia and experiencing the world we’ve created.”

Players interested in military tactics and strategy will enjoy Thunder Tier One. Fans will lead an elite special operations team in the fictional Eastern European country of Salobia as they fight to stop a dangerous network of terrorist insurgents. A nine-mission story-driven campaign is included in the game, which can be played in four-player co-op, online PVP, or solo with AI teammates. Exfil, Advance & Secure, Domination, and Deathmatch are among the four-game modes available.

Exfil is a 4v4 mode in which the attacking team must exfiltrate a package within a set amount of time while the defending team must prevent them from doing so by any means necessary. Advance & Secure, a 4v4 mode, pits teams against each other to fight for a number of sectors and claim victory. Domination is a PVE game in which up to four players compete against the clock to control a series of checkpoints, disarm explosives, and defend against counter-attacks. Last but not least, Deathmatch is a classic free-for-all with up to eight players.

The game will also be accessible to modding in the near future, allowing fans to create their own characters, maps, missions, game modes, weapons and more.

Thunder Tier One the military tactics and strategy game is now available for sale on Steam and will cost Rs 529 in India.

Komila Singhhttp://www.gadgetbridge.com
Komila is one of the most spirited tech writers at Gadget Bridge. Always up for a new challenge, she is an expert at dissecting technology and getting to its core. She loves to tinker with new mobile phones, tablets and headphones.
Facebook
Twitter
WhatsApp
Linkedin
ReddIt
Email
Previous articleNow you can set reminders to take a break while scrolling through Instagram
Next articleDaiwa 4K UHD Smart TV D43U1WOS and Daiwa 4K UHD Smart TV D55U1WOS launched