Lenovo K8 Note successor may launch in India on October 16 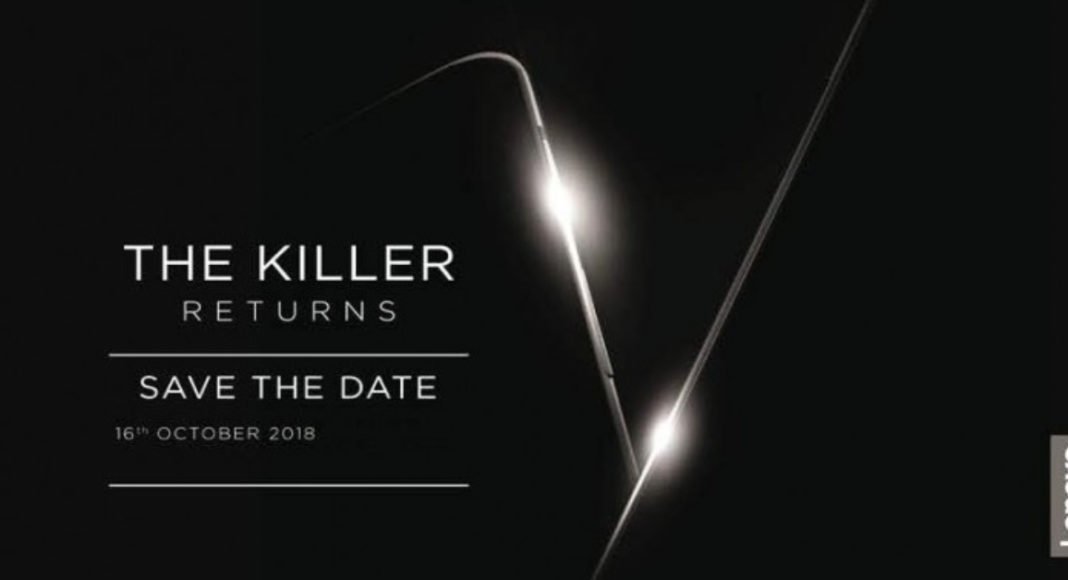 It has been more than a year since Lenovo launched its last smartphone in India. But don’t be disappointed.

The Chinese technology company has sent out media invites for a launch event in New Delhi that is scheduled to take place on October 16. The invite nowhere mentions the name of the smartphone the company intends to launch. In fact, all that it says is ‘The Killer Returns’.

Based on this, it won’t be wrong to assume that Lenovo plans to unveil the successor of Lenovo K8 Note. For those unaware, Lenovo K8 Note was the last smartphone in the company’s K Note series and it was launched in India August 2017.

The smartphones in this particular series are often referred to as ‘Killer Note’, and because of this, Lenovo’s invite points towards the launch of a new K Note Series smartphone on October 16.

Although no information about the handset has been revealed, the invite shows a metallic frame and rounded corners. We will have to wait till mid-October to know what exactly does the company have up its sleeve.

Note that the Chinese consumer electronics company has launched other smartphones in its K-Series post the launch of K8 Series. However, none of them were launched in India.

Globally, Lenovo is all set to launch Z5 Pro smartphone in China. The smartphone is expected to come with a slide-out camera like the one we saw on Oppo Find X and it has been reported that it will sport an in-display fingerprint sensor too.

So, we can also expect a rebranded variant of the same at the October 16 event too, but there’s a stronger chance of seeing a smartphone from the K-Series.

Smartphones from the K-Series have always been a part of the mid-budget segment. So, if Lenovo does launch the successor of K8 Note, we can expect it to be priced between Rs 10,000 and Rs 20,000.

Other than this, nothing else can be speculated about Lenovo’s upcoming device at the moment. We would have to wait for the launch date to be sure of the company’s plans. Till then we will keep updating you about other details of the upcoming smartphone that will surface.

Avani Baggahttp://www.gadgetbridge.com
Avani has an immense love for reading, travelling and food, but not necessarily in the same order. Avani almost started pursuing law, but life had other (better) plans for her and she chose to be a writer instead (luckily!) She previously covered technology at Times Internet and wrote about smartphones, mobile apps and tech startups. When she’s not writing, you’ll be able to find her in book stores or catching up on her social life.
Facebook
Twitter
WhatsApp
Linkedin
ReddIt
Email
Previous articleHuawei Mate 20 to come with a waterdrop notch and triple rear camera setup: Report
Next articleFlipkart Big Billion Day sale: Deals available on Infinix Smart 2 and Note 5

Garena Free Fire Redeem Codes Today 7 July 2022: Here is how to claim them

Prime Day will be held by Amazon on July 23 and...

The rise in popularity of crypto casinos