The new gaming smartphone will be powered by Snapdragon 865 processor 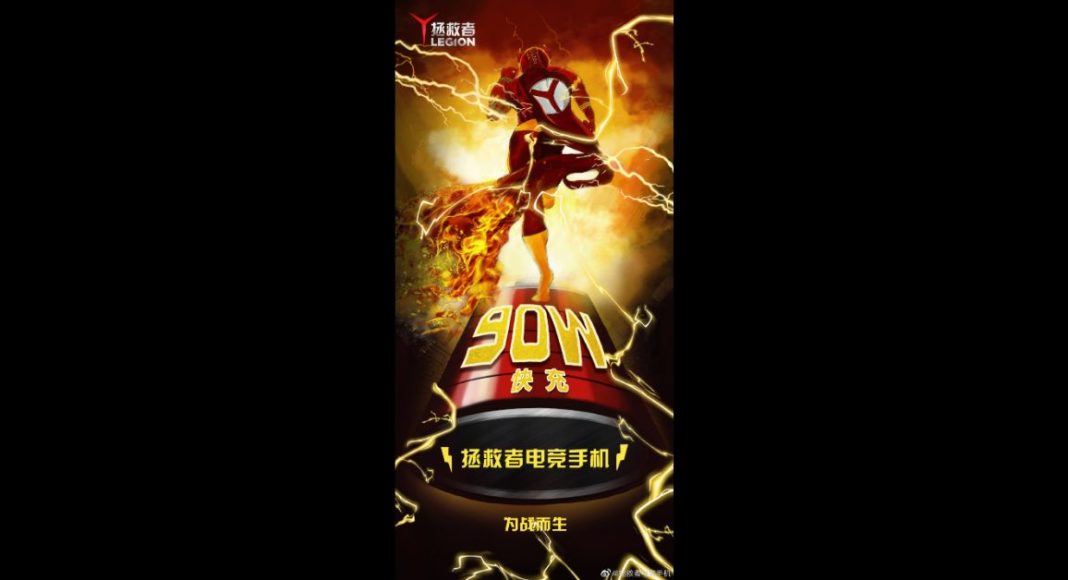 According to the poster shared by the company, Lenovo Legion is going to feature an ultra-fast 90-watt charging system. This is the biggest USP of the Lenovo gaming phone because most likely it is going to be the first smartphone with a powerful feature. With the powerful power supply, it could fully charge the Lenovo Legion to 100 percent in just 15 to 20 minutes. A few months back the company indicated via a poster that the gaming smartphone will be supporting more than 55W fast charging and will be powered by a Qualcomm Snapdragon 865 processor.

At the moment the just launched Oppo Reno Ace has support for 65W SuperVOOC fast charging technology which claims to charge the phone up to 17 percent in 5 minutes. So basically it can charge to complete in Just 30 minutes and it offers 2 hours of battery backup. Whereas other smartphone companies such as Xiaomi and Vivo are currently working on 100 and 120 watts charging tech which is possible to be offered at the end of the year.

As revealed by Lenovo Legion smartphones will come with a  “disruptive” cooling technology to keep the device cool which generally all the devices heats up during prolonged gaming sessions. Additionally, the smartphone will be featuring a 144 Hz display which is already being offered by Nubia Red Magic 5G.

The Lenovo Legion is also reported to be housing a 5050 mAh battery along with triple cameras and dual USB-C ports.

So far, Lenovo has not yet announced an official launch date for its gaming smartphone but it is going to take on other gaming devices such as Asus ROG, iQOO, Black Shark as well as Nubia.

Komila Singhhttp://www.gadgetbridge.com
Komila is one of the most spirited tech writers at Gadget Bridge. Always up for a new challenge, she is an expert at dissecting technology and getting to its core. She loves to tinker with new mobile phones, tablets and headphones.
Facebook
Twitter
WhatsApp
Linkedin
ReddIt
Email
Previous articleCrytek’s Crysis 3 sequel for gamers likely to be a reality soon
Next articleFacebook rolled out Quite mode to mute most of the push notification for Android and iOS users