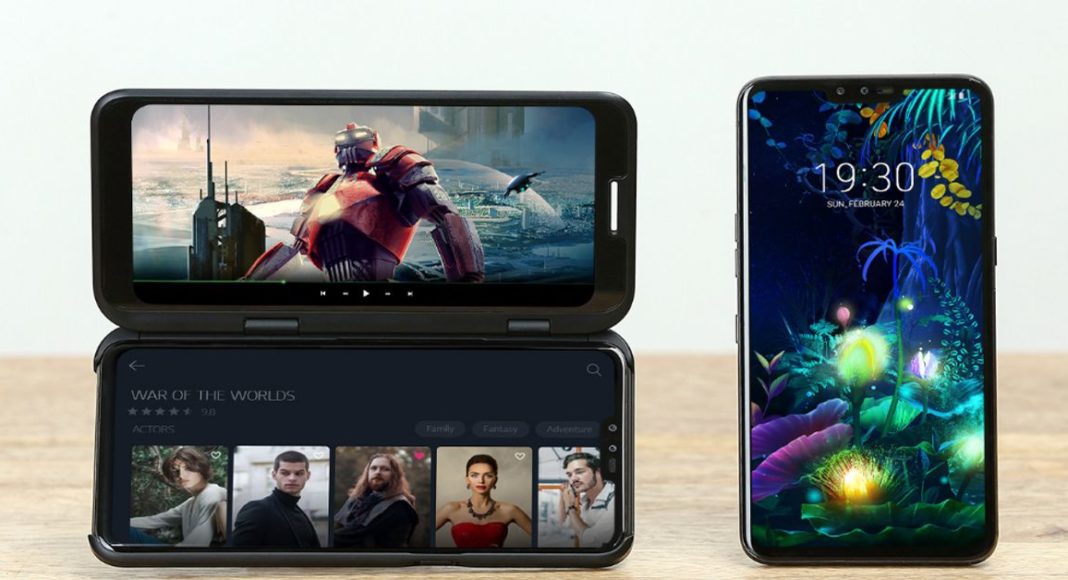 LG has finally joined in on the 5G wagon with the launch of its LG V50 ThinQ 5G. The newly launched smartphone is currently selling only in South Korea right now through the country’s three major telecom operators – KT, SK and LG U+. With this, LG has become the second smartphone company to bring out a commercial 5G phone for the users, with the first being the Samsung Galaxy S10 5G. LG V50 ThinQ 5G has become the second 5G smartphone to be sold for commercial use. Other than these two devices, Oppo’s Reno is the third in this ranking as it too is selling its Reno 5G smartphone. But the Oppo Reno 5G is currently selling only in Switzerland.

The newly launched LG V50 ThinQ 5G was to be launched and sold commercially from April onwards. But the company delayed the launch of the device for unknown reasons. The LG V50 ThinQ 5G can be purchased through the three telecom operators mentioned above along with LG’s own retail shops in South Korea.

The LG V50 ThinQ 5G sports a 6.4-inch OLED QHD+ (1440×3120 pixels) display. It will be powered by Qualcomm Snapdragon 855 SoC paired with 6GB of RAM. It runs Android 9 Pie and supports single-SIM (Nano) and packs a 4,000mAh battery with wireless charging support. The LG V50 ThinQ 5G comes with 128GB of internal storage with microSD card support. It houses a rear-mounted fingerprint scanner.

Aman Singhhttps://www.gadgetbridge.com/
Aman Kumar Singh has a Masters in Journalism and Mass Communication. He is a journalist, a photographer, a writer, a gamer, a movie addict and has a love for reading (everything). It’s his love of reading that has brought him knowledge in various fields including technology and gadgets. Talking about which, he loves to tweak and play with gadgets, new and old. And when he finds time, if he finds time, he can be seen playing video games or taking a new gadget for a test run.
Facebook
Twitter
WhatsApp
Linkedin
ReddIt
Email
Previous article
Idea introduces two new prepaid recharge plans with 365 days validity
Next article
Apple is testing its new A13 chip which will power the iPhone 11, mass production to begin soon: Report