MacBook Air with Magic Keyboard launched in India: Pricing, specifications and other details 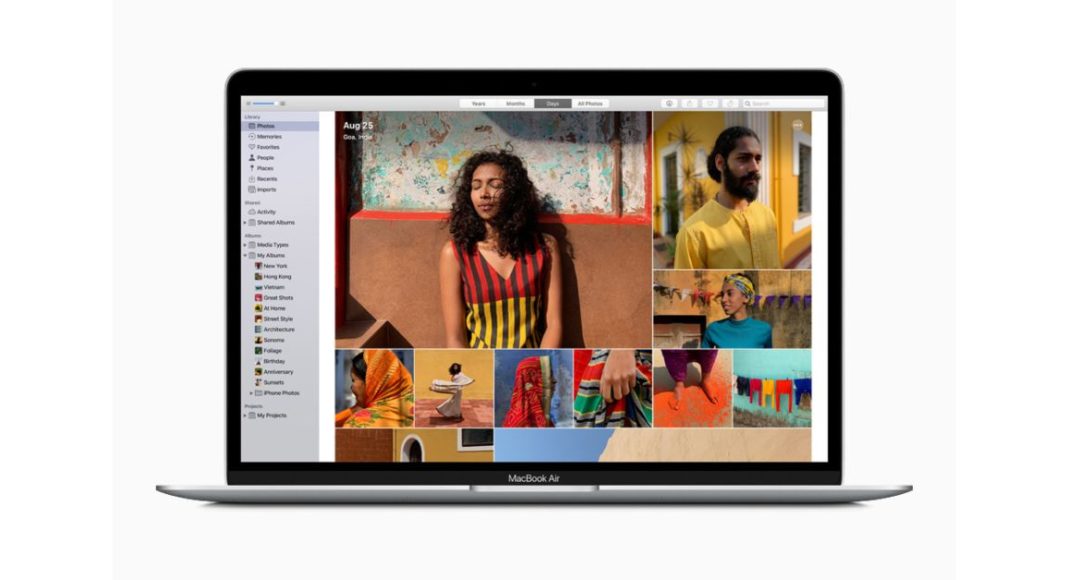 The Cupertino, California based company Apple has updated its most popular notebook MackBook Air with the new Magic Keyboard. The new laptop now offers a new Intel processor with double storage of 256GB and an upgraded RAM. The latest model now delivers 80 per cent faster graphics performance with Intel Iris Plus graphics. The MacBook Air now also includes Touch ID for easy login along with longer battery life.

The MacBook Air comes with the latest operating system macOS Catalina which makes it compatible with its other devices such as iPhone, iPad and Apple Watch. The users can also unlock their notebook using Apple Watch, copy and paste images, video and text straight from iPhone or iPad to a nearby Mac. You can now also control the device with the command of your voice with the Voice Control feature.

The upgraded MacBook Air features a 13-inch Retina display which has now been replaced from Butterfly keyboard to Magic Keyboard that offers 1mm of key travel with. To recall the Magic Keyboard was first introduced on the 16-inch MacBook Pro. The scissor mechanism has been provided for the comfortable and stable key along with a new inverted-“T” arrangement for the arrow keys to find them easily. The notebook comes with a unibody wedge design made from 100 percent recycled aluminium. It will be available in three colour finishes: gold, silver and space grey. 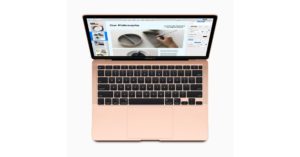 The Mac is powered by the latest 10th-generation Intel Core processors up to 1.2GHz quad-core Core i7 with Turbo Boost speeds up to 3.8GHz and Intel Iris Plus Graphics along with Thunderbolt 3 ports for data transfer, charging and video output in a single connector.

MacBook Air comes with 256GB of base storage unlike the existing 128GB storage on the previous models. The storage option further goes up to 2TB SSD which means the users now get more storage to save movies, pictures files and so much more. The device comes with the company’s own T2 Security Chip that allows secure boot process and storage of notebook to check what software loaded during the boot process has not been tampered with and provides on-the-fly data encryption for everything stored on the SSD. According to the company, the safety feature also protects Touch ID information, so whether customers are unlocking their Mac, entering an online password or making online purchases, their information stays safe.

The company has launched the MacBook Air with an asking price of Rs 92990 for the 256GB base storage. The availability of the product is still unknown, but it will be available in three colour options Gold, Silver, and Space Grey. We will update the availability details as soon as it is announced.

Komila Singhhttp://www.gadgetbridge.com
Komila is one of the most spirited tech writers at Gadget Bridge. Always up for a new challenge, she is an expert at dissecting technology and getting to its core. She loves to tinker with new mobile phones, tablets and headphones.
Facebook
Twitter
WhatsApp
Linkedin
ReddIt
Email
Previous article
Reliance Jio announced eSIM service support for Motorola Razr
Next article
Sony’s next-generation PlayStation 5 console to have Ray Tracing, 3D Audio