MediaTek Helio A25 chipset introduced for entry-Level smartphones in India

The Helio A25 offers low-light performance and clear-image zoom technology. 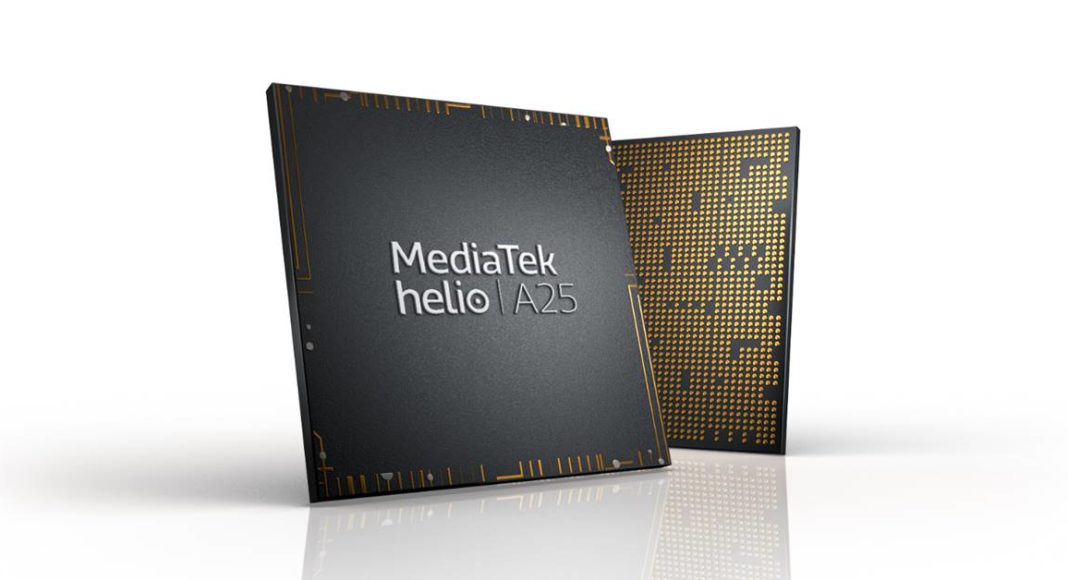 With an aim to enable a great balance between sharpness and power-efficiency, the MediaTek Helio A25 chipset offers device makers the possibility of building 20:9 ratio HD+ (1600 x 720) resolution smartphones. The Helio A25 also features a flexible LPDDR3/LPDDR4x memory controller in order to ensure that device makers can easily meet their design needs.

The recently-launched Infinix Smart 4 Plus smartphone is powered by the MediaTek Helio A25. It is the first in the sub-8k segment to come with a 6000mAh battery capacity. Priced for Rs 7,999. , Infinix Smart 4 Plus smartphone comes with a 6.82-inch HD+ Drop Notch display and 90.3 percent screen to body ratio long with a brightness of 480 for an engaging entertainment. Moreover, it features a powerful audio experience enabled by DTS Surround Sound in four modes for maximum engagement. On the camera front, Infinix Smart 4 Plus comes equipped with a 13MP AI dual Rear camera that has a triple LED flash along with an f/1.8 large aperture. The smartphone also features an 8MP selfie camera with f/2.0 aperture, AI-driven beauty mode and multiple camera modes such as portrait and wide selfie.

Apart from Infinix Smart 4 Plus, the Tecno Spark 5 Pro handset, which was launched earlier this month, also features the MediaTek Helio A25.