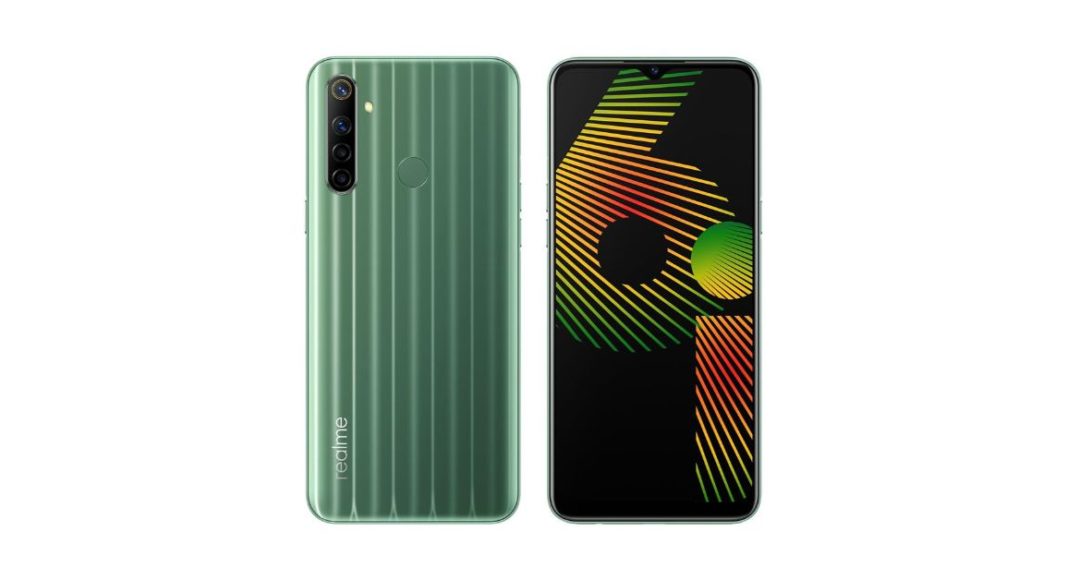 The Chinese smartphone company Realme is all set to launch a new smartphone in India today. The company is going to introduce Realme 6i under the affordable price segment in the country. The device is going to join its other sibling in the Realme 6-series of smartphones. The Realme 6i is powered by MediaTek Helio G80 processor. There is a quad rear camera set up and will be available in two colour options of White Milk and Green Tea.

Just ahead of the official launch the device has also been listed on the e-commerce website Flipkart to tease its availability in India. The device is going to launch in the country today at 12 noon. According to the company in India, all the devices including the upcoming Realme 61 will not come pre-installed with any app that has been banned in India. The company took to Twitter to announce this. The tweet reads  “Your data privacy is extremely important for Realme and we have never shared user data with any entity,” the company said in the letter addressed to its fans and media. “Realme always complies with the rules and regulations of the jurisdictions where it operates in and will be following the directives given by the government going forward as well.”

Realme 6i expected to price in India

Realme 6i comes with a 6.5-inch HD+ display with 720 x 1600 pixels of resolution having a 20:9 aspect ratio. The device runs on Realme UI on top of Android 10 and is powered by MediaTek Helio G80 processor with two Cortex-A75 cores clocked at 2GHz and six Cortex-A55 cores clocked at 1.8GHz. For graphics, there is Mali G52 Graphics Processing Unit (GPU). The smartphone is offered with up to 4GB of RAM and 128GB of storage. The internal storage can be expanded up to 256GB using a microSD card.

For imaging, Realme 6i has a quad rear camera setup that includes a 48-megapixel sensor with f/1.8 aperture. Further assisted by a secondary 8-megapixel ultra-wide lens, tertiary 2-megapixel portrait lens and a 2-megapixel macro shooter. For taking selfies there is a 16-megapixel front-facing camera with f/2.0 aperture.

Komila Singhhttp://www.gadgetbridge.com
Komila is one of the most spirited tech writers at Gadget Bridge. Always up for a new challenge, she is an expert at dissecting technology and getting to its core. She loves to tinker with new mobile phones, tablets and headphones.
Facebook
Twitter
WhatsApp
Linkedin
ReddIt
Email
Previous article
Huawei FreeBuds 3i TWS with Active Noise Cancellation feature launched in India
Next article
Xiaomi Mi True Wireless Earphones 2 price dropped by Rs 500 in India, now available at Rs 3,999