Realmi 6i smartphone to launch in India on July 24

Realmi 6i smartphone will be fitted with MediaTek Helio G90T Processor. 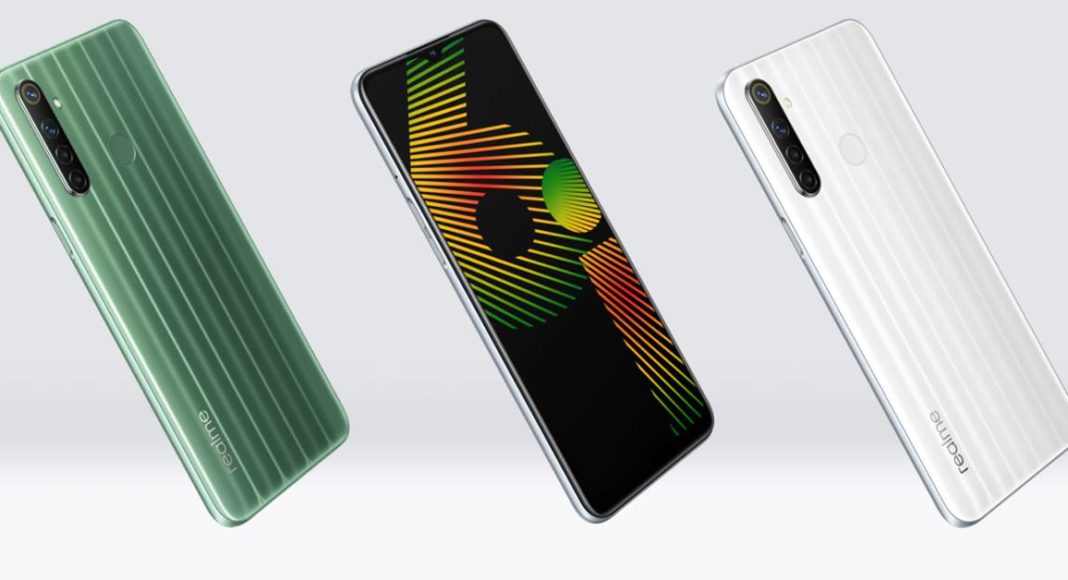 Finally its official that realme 6i smartphone is set to launch in India at 12:30 PM on 24th July. Featuring MediaTek Helio G90T Processor, which among the fastest processors in the segment, realmi 6i smartphone aims to deliver powerful performance.

An official teaser on Flipkart has revealed that this latest addition to realme 6-series will deliver powerful performance as realme 6i smartphone comes fitted with MediaTek Helio G60T Gaming Processor. It further showcases that MediaTek Helip G60T processor has bagged the highest AnTuTu score in the Helio chipset segment which is over 291,000. This teaser of realme 6i also provides an insight that probably this smartphone will be available for purchase on Flipkart.

As far as price is concerned, realmi 6i is already available in Europe and is being sold at a price point of €19,990 (which translates to approximately INR 17099.25). It is likely that this handset would fall under-Rs 20,000 category in India.

Looking at the other specifications, realmi 6i is fitted with a 48MP AI Quad camera system. quad camera system, each camera of which is carried out its respective function and collaborated closely with others, resulting in a striking photo experience and fun. Particularly, the ultimately clear 48MP main camera helps produce clear and beautiful photos. It carries 119-degree Ultra wide-angle lens, 48MP primary camera, B&W portrait lens and 4cm macro lens. On the front, it carries a 16MP super clear selfie camera that uses intelligent four-in-one pixel technology so that your every selfies will be distinct. Meanwhile, realme exclusive AI Beauty algorithm can smartly recognize faces and customize beauty effects.

As far as battery is concerned, realme claims that the 5000mAh battery provide this smartphone with the longest battery life. Featuring triple safety protection, the safety test covers every piece of the interior of the battery and charger of realme 6i. Quick Charge, one of the most popular features for realme phone, is also considered in realme 6i. 18W Quick Charge and a 9V/2A charging kit further raise the charging speed and reduce the charging time.

Furthermore, the realme 6i smartphone is equipped with a huge fullscreen, giving you an immersive experience when watching videos or playing games. Moreover, the 20:9 screen ratio makes the phone slimmer and more information-loaded. In addition, the classic realme 6i 3-card slot design simultaneously supports two SIM cards and one Micro-SD card, allowing to customize your storage while enjoying dual-card use.

We will bring you more updates once the device gets launched in India. Stay tuned!