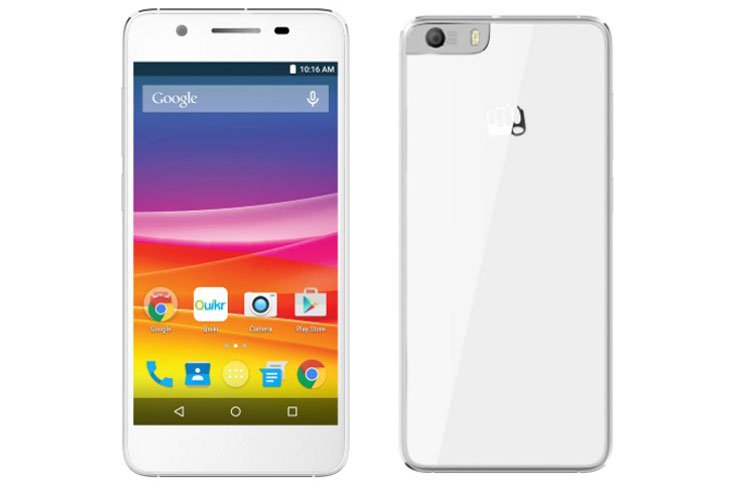 The Indian smartphone manufacturer Micromax has expanded its Canvas series of smartphone with the launch of Canvas Knight 2. The device is said to be the successor of the last year launched Canvas Knight and comes with a price tag of Rs 16,299. The smartphone will be available for grab from 10 June and will come with free Airtel 4G SIM and Airtel 4G Double Data offer.

The Canvas Knight 2 smartphone features a 5-inch HD AMOLED display (1280×720 pixels) protected by Corning Gorilla Glass 3. The back panel of the device is made of glass and is also protected with a layer of Corning Gorilla Glass 3. The device comes with hybrid dual SIM support and runs on Android 5.0 Lollipop operating system. Powering the device is a 64-bit Octa-Core Snapdragon 615 processor paired with 2GB of RAM. The internal storage of the smartphone stands at 16GB which can be expanded further using microSD card.

The Micromax Canvas Knight 2comes equipped with a 13.0-megapixel rear camera with LED flash and a 5.0-megapixel front facing camera to facilitate video calling. The connectivity options of the smartphone include 4G, LTE, 3G, WiFi, Bluetooth, GPS and houses a 2,260 mAh battery.

Talking about the device, Vineet Taneja, CEO, Micromax Informatics said, “With the launch of our new device Canvas Knight 2, the first in the 4G range, we are looking at driving the next wave of internet evolution in the country. Over the next few months, we are all set to launch a series of 4G LTE enabled devices across a range of price points each addressing unique needs of the Indian consumer. Our popular series of Canvas Fire, Unite, Nitro will gradually move to 4G offerings. With a comprehensive portfolio of quality 4G LTE enabled devices, we are confident of propelling the next wave of mobile internet ecosystem in the country.”