HomeMobilesMicromax launches Canvas Spark 2 with 3G support for Rs 3,999 via... 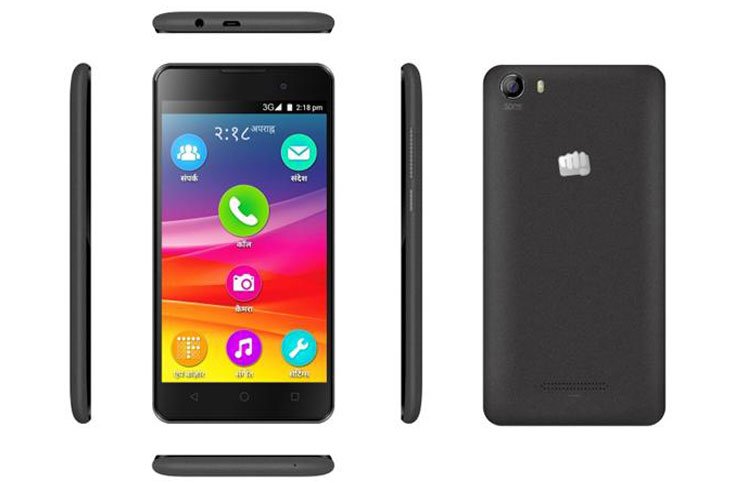 The domestic smartphone manufacturer Micromax has introduced its new smartphone Canvas Spark 2 in the Indian market. The smartphone is the successor of the earlier launched Canvas Spark and is priced for Rs 3,999 and will be exclusively available on Snapdeal.

Speaking about the device, Vineet Taneja, CEO, Micromax said, “The Canvas Spark proved to be a huge success for Micromax, selling over half a million units in less than two months of its launch. With the Canvas Spark 2, we are yet again reaffirming our commitment to massify the smartphone and Internet usage in the country. Currently, smartphone penetration stands at 12% in the country and 3G adoption is also barely 10%, which presents a huge opportunity to upgrade. We believe that the e-commerce channel is also expanding and the 3-4K category will be the next frontier. Micromax with its strong brand presence and great product offering focused on democratizing technology, has historically cemented itself as the most preferred brand for the mass smartphone segment.

The Micromax Canvas Spark 2 features a 5-inch FWVGA display and comes with dual SIM functionality. The smartphone runs on Android 5.1 Lollipop operating system and is powered by a 1.3GHz quad-core processor. The handset offers 1GB of RAM and 4GB of internal storage which can be expanded further up to 32GB using a microSD card.

The device comes equipped with a 5.0-megapixel rear camera with LED flash and a 2.0-megapixel front facing camera for video calling. The connectivity options of the mobile phone include 3G, WiFi, Bluetooth, GPS and houses a 1,800 mAh battery.

Top 10 wireless chargers for your smartphone, wireless earphones, or smartwatch

Anurag Sharma - Apr 14, 2021 0
Wireless charging is a convenient way to power your devices like smartphones, wireless earphones, and smartwatches. You simply need to place your device on...