HomeNewsMicrosoft takes a jab at Apple in the new Mac vs PC... 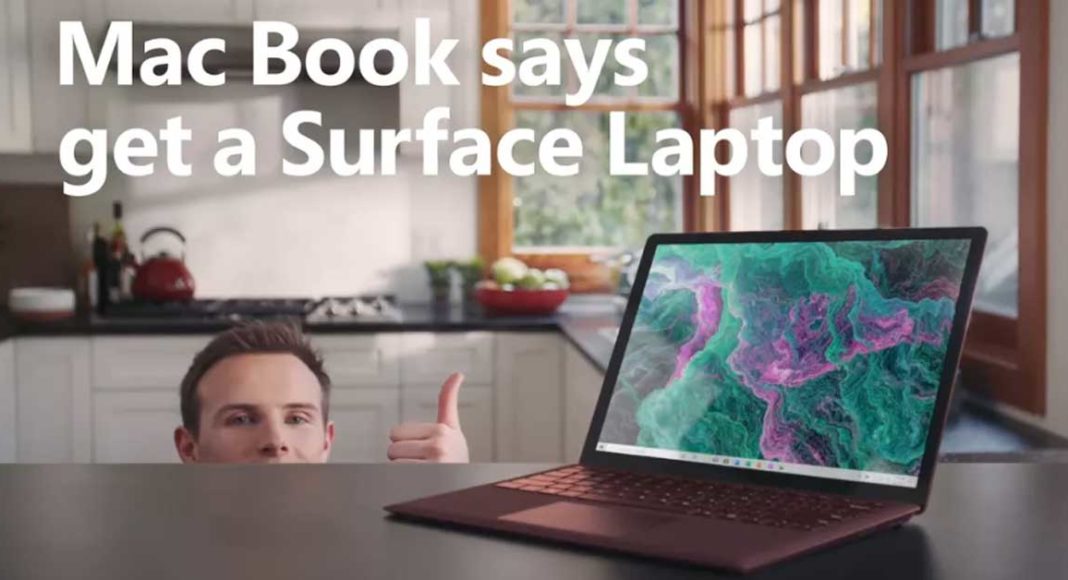 If you are a millennial you would have grown up watching Apple and Microsoft battling it out in Mac vs PC commercials. A lot of advertisements were launched by the two trying to pull one upon the other. These ads made up for a classic battle between two gigantic IT companies. Now, Microsoft has gone ahead and found a person named Mackenzie Book. In short, people call him ‘Mac Book’.

With him in the advertisement, Microsoft has taken the laptop war to the next level. The IT giant got ‘Mac Book’ to call out Apple and swear by that the Microsoft Surface Laptop 2 is better than Apple MacBook. It is a funny take on the battle where ‘Mac Book’ (the person) is saying Surface laptops are better in every aspect. Like the touch screen, since MacBooks do not have one.

Also, Microsoft took a jab at MacBook’s performance and battery life. But one can read clearly at the bottom of the screen, that when it came to battery life, they compared it to MacBook Air, not MacBook Pro. And at the end of the commercial ‘Mac Book’ tells all to buy a Microsoft Surface in a way that MacBook endorses it.

The advertisement has just been launched and is going viral on the YouTube network and other social media sites. Over 1,000 people have already liked it and the numbers are increasing. After this advertisement, which some are calling a low-blow, we will not be surprised that Apple comes with its own Mac vs PC ad. Here we might see a character playing Michel Rosoft, hence “Mic Rosoft”. We for one cannot wait for Apple’s reply to this ad. Check out the full Mac vs PC commercial below.