Moto G31 launching in India today: Here is what to expect

The device comes with a 5,000mAh battery and an OLED display. 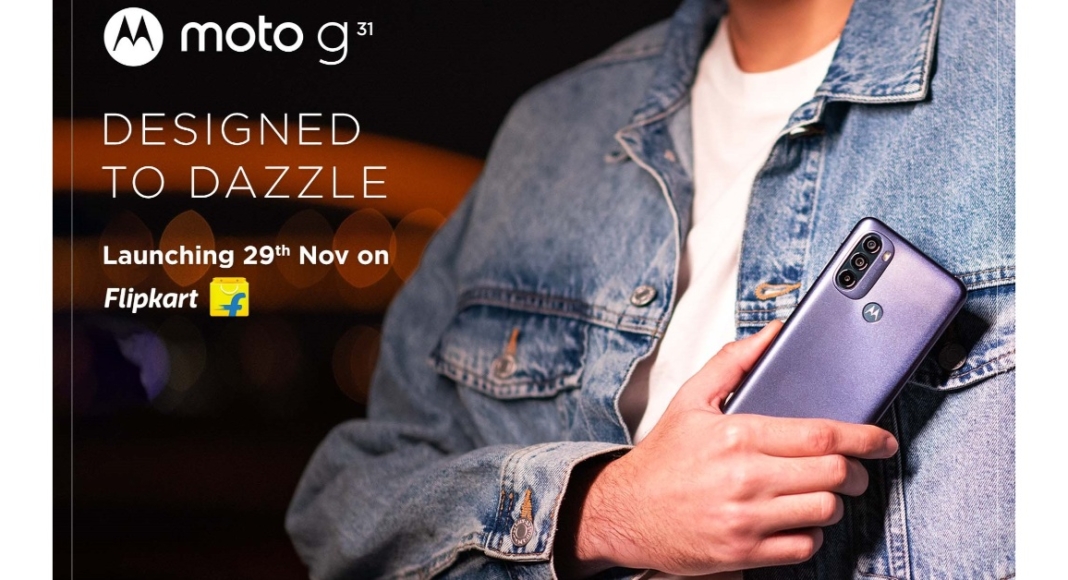 A few weeks back Motorola announced the launch of the Moto G31 in the European market. The company is all set to launch the smartphone in the Indian market today. The device was earlier tipped to release in India by the end of November or in the first week of December.

The device features an OLED display and will be powered by MediaTek Helio G85 SoC. In addition to this, there is a 5,000mAh battery onboard that will have a 10W fast charging support. 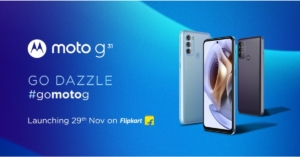 Moto G31 is all set to launch in India today. The company has confirmed the release of its upcoming smartphone. The device is said to go on sale via Flipkart starting today.

According to rumours, the Moto G31 will have a single 4GB RAM option with 64GB of internal storage. In the Indian market, this variant is expected to cost Rs 14,999. To recall, the device costs 199.99 euros, which translates to Rs 16,700 in India.

Moto G31 features a 6.4-inch FHD+ OLED display with 1,080×2,400 pixels of resolution. The screen offers a standard 60Hz refresh rate and an aspect ratio of 20:9. On the software front, It runs on Android 11 out of the box. Under the hood, there is a MediaTek Helio G85 SoC coupled with 4GB of RAM and 128GB of internal storage. The memory can be expanded up to 1TB using a microSD card. The mobile also houses a 5,000mAh battery with 10W fast charging tech.

For the photos and videos, Moto G31 features a triple rear camera set-up that includes a 50MP primary sensor. In addition to this, there is an 8MP ultra-wide-angle lens and a 2MP macro lens. Upfront there is a 12MP sensor for taking selfies and video calling.

Komila Singhhttp://www.gadgetbridge.com
Komila is one of the most spirited tech writers at Gadget Bridge. Always up for a new challenge, she is an expert at dissecting technology and getting to its core. She loves to tinker with new mobile phones, tablets and headphones.
Facebook
Twitter
WhatsApp
Linkedin
ReddIt
Email
Previous article
29 November 2021 Amazon Quiz today answers: Answer to win Rs 20,000 Amazon Pay Balance
Next article
After Airtel and Vi, Reliance Jio prepaid plans price hiked in India