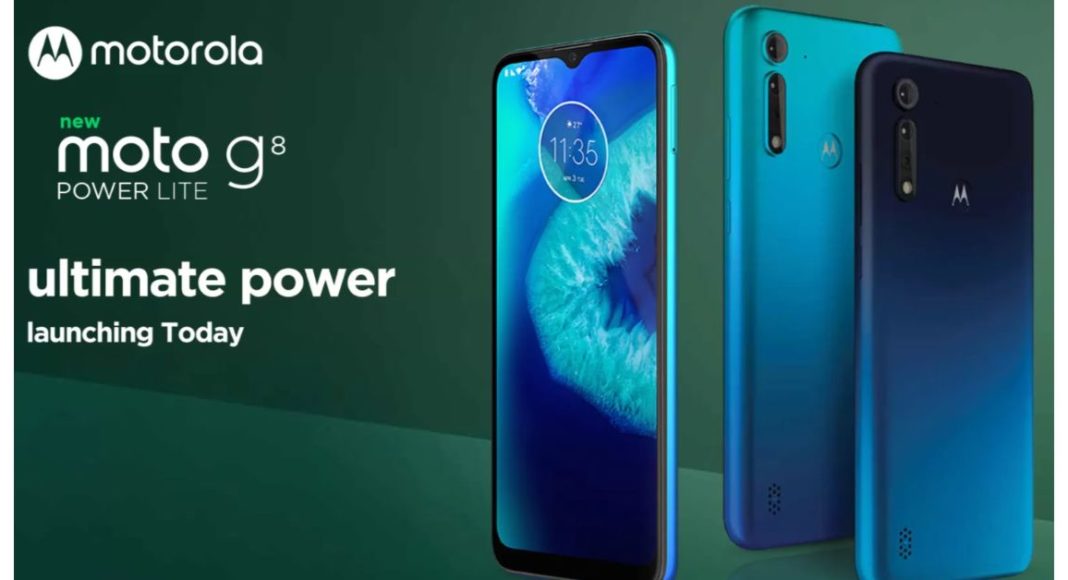 The Lenovo owned company, Motorola, is all set to introduce another new smartphone in India. Today, the company is going to launch Moto G8 Power Lite in the country. Motorola recently introduced its flagship Motorola Edge+ smartphone that comes with a waterfall display supporting 90Hz refresh rate along with a 108MP camera sensor. To recall G8 Power Lite was launched in the global market a few months back. The key highlights of the smartphone include a triple rear camera set up, a large 5,000mAh battery and a  water drop-style notch display.

The company has listed Moto G8 Power Lite on Flipkart teasing the launch on May 21 that is today. Apart from that, the company did not reveal more details about its upcoming device in the country. The poster image says that the smartphone will get launched at 12 noon.

To recall the mobile phone was introduced globally by Motorola at EUR 169 that translates to Rs 13,870 in India. It is expected to come with similar pricing and is going to be offered in two colour options Arctic Blue and Royal Blue.

Moto G8 Power Lite features a 6.5-inch IPS LCD display with a water drop-style notch and 729×1600 pixels of resolution. It runs on Android 9 Pie and is powered by 2.3GHz MediaTek Helio P35 processor paired with 4GB of RAM and 64GB of built-in storage. The storage can be expanded up to 256GB using a microSD card.

For photos and videos, the smartphone comes with a triple rear camera set up that includes a 16-megapixel primary sensor with an f/2.0 aperture and PDAF.  In addition to this, there is a secondary  2-megapixel macro lens with f/2.4 aperture and a tertiary 2-megapixel depth sensor with f/2.4 aperture. For selfies, there is an 8-megapixel camera on the front with an f/2.0 aperture. Moreover, the smartphone houses a 5,000mAh battery that is supported by a 10W charging support.

Komila Singhhttp://www.gadgetbridge.com
Komila is one of the most spirited tech writers at Gadget Bridge. Always up for a new challenge, she is an expert at dissecting technology and getting to its core. She loves to tinker with new mobile phones, tablets and headphones.
Facebook
Twitter
WhatsApp
Linkedin
ReddIt
Email
Previous article
Apple’s augmented reality glasses tipped to be called Apple Glass will be available by Q4 2020: Design, Features and pricing leaked
Next article
Moto G8 Power Lite with 5,000mAh battery and triple rear cameras launched in India: Pricing and specifications