The phone comes with 21:9 CinemaVision Display 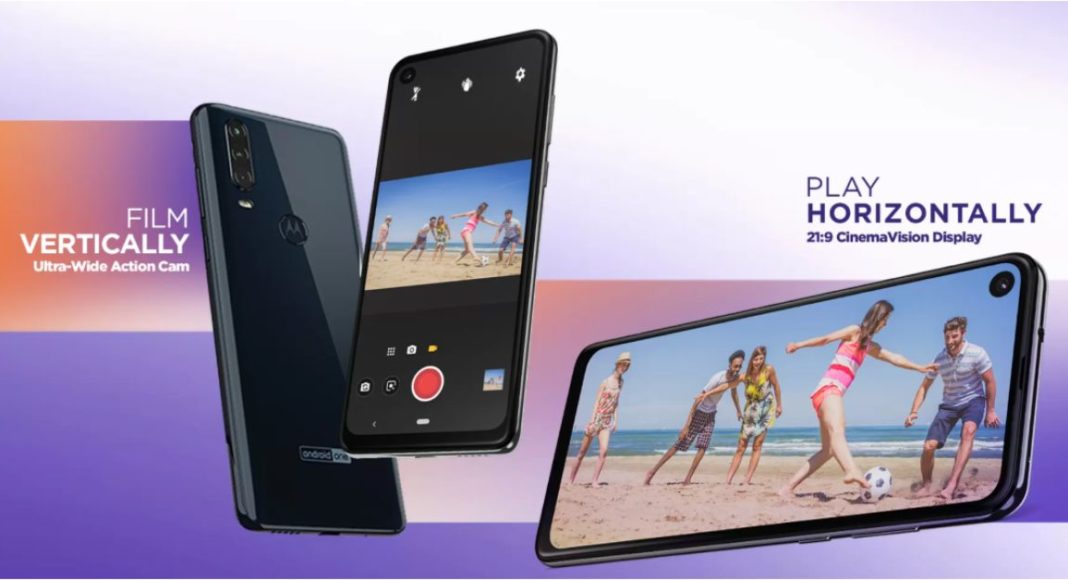 Lenovo-owned company Motorola has finally launched the new Motorola One Action in India. The new smartphone in Motorola One lineup was unveiled at an event held in New Delhi. The smartphone will join the family of Motorola One Vision, Motorola One and Motorola One Power. Prior to its launch in the country, the device was launched in Brazil last week. The phone is powered by Samsung Exynos 9605 SoC and it packs a 3,500mAh battery. It comes with 128GB of onboard storage and features 21:9 CinemaVision display along with a hole-punch front camera design.

Motorola One Action is available in 4GB RAM and 128GB of internal storage option and it is priced at Rs 13,999. The latest smartphone by Motorola is available in three colour options Denim Blue, Pearl White and Aqua Teal colours.

The smartphone can be purchased via Flipkart starting from August 30 along with initial launch offers that include a Jio instant cashback of Rs 2,200 along with 125GB of additional Jio 4G data. The phone will be available in Denim Blue and Pearl White colour options

Motorola One Action features a 6.3-inch full-HD+ (1,080×2,520 pixels) IPS CinemaVision display with 21:9 aspect ratio. The device is powered by octa-core Samsung Exynos 9609 SoC along with Mali G72 MP3 GPU and 4GB of RAM. The One Action runs Android 9 Pie and offers 128GB of internal storage that can be further expanded via microSD card up to 512GB.

Coming to the camera capabilities, it has a triple rear camera setup that comprises of a 12-megapixel primary sensor along with an f/1.8 lens, an action camera sensor with 2-micron pixel size and f/2.2 lens and a 5-megapixel depth sensor with an f/2.2 lens. The camera set up is supported by a feature called Enhanced Video Stabilisation that will offer stabled video recording. It also has the ability to record videos in landscape format while holding the phone vertically.

On the front, it sports a 12-megapixel camera sensor with 1.25-micron pixel size and an f/2.0 lens for selfies and video calling. The selfie camera comes with features like Portrait lighting, Shot optimisation, Auto smile capture, Group selfie, Portrait mode and Cinemagraph among others.

The smartphone comes with a 3,500 mAh battery that is supported by a 10W rapid charger that allows the user to watch 11 hours of movies and listen to their favorite playlists for 47 hours. It measures 160.1×71.2×9.15mm and weighs 160 grams.

Komila Singhhttp://www.gadgetbridge.com
Komila is one of the most spirited tech writers at Gadget Bridge. Always up for a new challenge, she is an expert at dissecting technology and getting to its core. She loves to tinker with new mobile phones, tablets and headphones.
Facebook
Twitter
WhatsApp
Linkedin
ReddIt
Email
Previous articleMotorola One Action with triple rear cameras will be launched today: How to watch live stream
Next articlePhilips HTL1510B Soundbar with 70W RMS sound launched in India