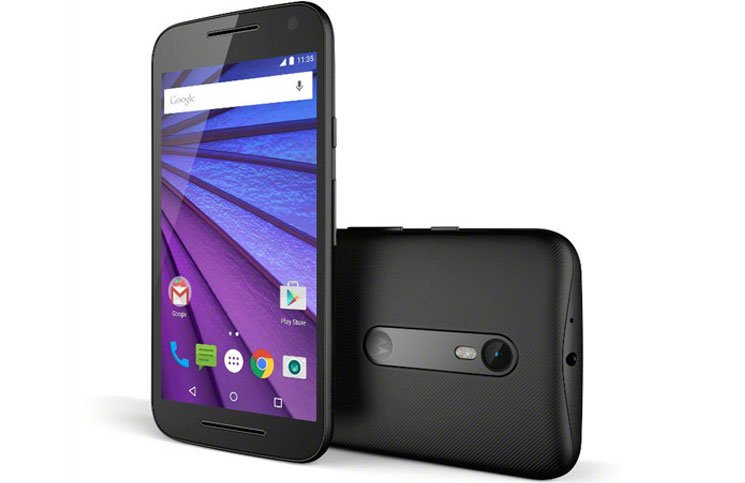 Motorola, the American smartphone manufacturer have just launched the third generation of Moto G in India. This smartphone comes in two colour variations, which consist of black and white.

On the specification front, the Moto G third gen sports a 5-inch HD (720×1280 pixels) IPS display with Corning Gorilla Glass 3 for protection. This device runs on Android OS 5.1.1 Lollipop and comes with dual-SIM support. This smartphone is powered by a 1.4GHz Quad-Core processor that’s runs on a Qualcomm Snapdragon 410 chipset. For graphics an Adreno 306 is also on board.

The Moto G (Gen) smartphone is dust and water-resistant (immersible up to 3 feet of water for 30 minutes). The device features a 13-megapixel rear camera with dual LED flash along with a 5-megapixel front-facing camera. The Moto G (Gen 3) features 4G LTE, 3G, Wi-Fi, Bluetooth and Micro-USB as connectivity options. It packs a 2,470 mAh long lasting battery.

Sahiba Sethhttp://www.gadgetbridge.com
Sahiba Seth is a student, pursuing English (Hon) from Delhi University. She has been a trainer of HYTSE (Helping Youngsters To Speak English) in her school. She loves to interact with people and she is crazy about gadgets like mobiles and cameras. She likes to read and search about gadgets, and their features. She loves to stay in tune with the happenings of Hollywood and Bollywood. Also, she is passionate about reading novels and creative arts.
Facebook
Twitter
WhatsApp
Linkedin
ReddIt
Email
Previous article
One Plus 2 will officially start selling on 11 August at Rs 24,999 in India
Next article
Microsoft Windows 10 launched in 190 countries including India