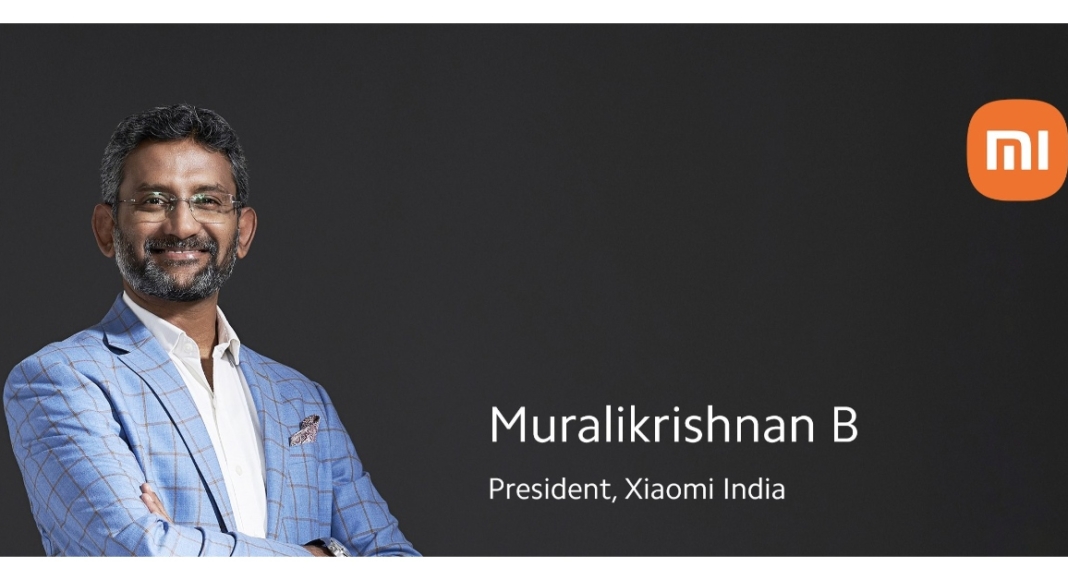 Muralikrishnan B will take over as President of Xiaomi India, according to an announcement by Xiaomi. Since 2018, Muralikrishnan B has held the position of Chief Operating Officer at Xiaomi. Muralikrishnan will be in charge of daily operations, services, public affairs, and strategic projects, the corporation claims.

Xiaomi recently declared that it would name Muralikrishnan B, its COO (Chief Operating Officer), as the new company president. He will now be accountable for the company’s day-to-day operations, strategic projects, and public relations as president.

Furthermore, he will continue to work to strengthen the company’s commitment to the Make in India and Digital India initiatives. As per Xiaomi by August 1st, 2022, these adjustments will be fully implemented.

While Anuj Sharma joined Xiaomi India again as Chief Marketing Officer to bolster the country’s executive team. The overarching brand and marketing plan will be in charge of Anuj Sharma.

IIM-Calcutta alumni Muralikrishnan has over 25 years of expertise in the consumer technology sector and has played a key role in the expansion of the brand in areas such as offline sales, service, and operations. The company has had great development across all categories under the capable leadership of Muralikrishnan.

According to Xiaomi India, it has also significantly increased its organisational capabilities, execution machinery, and established a strong foothold in the offline retail sector.

As it continues to adhere to its primary tenet of providing innovation for everyone, Xiaomi India will concentrate on reaffirming its commitment to the nation.

Komila Singhhttp://www.gadgetbridge.com
Komila is one of the most spirited tech writers at Gadget Bridge. Always up for a new challenge, she is an expert at dissecting technology and getting to its core. She loves to tinker with new mobile phones, tablets and headphones.
Facebook
Twitter
WhatsApp
Linkedin
ReddIt
Email
Previous article
5 Best Lightning to HDMI Adapters That You Can Buy in the US
Next article
Garena Free Fire Redeem Codes Today 15 July 2022: Here is how to claim them