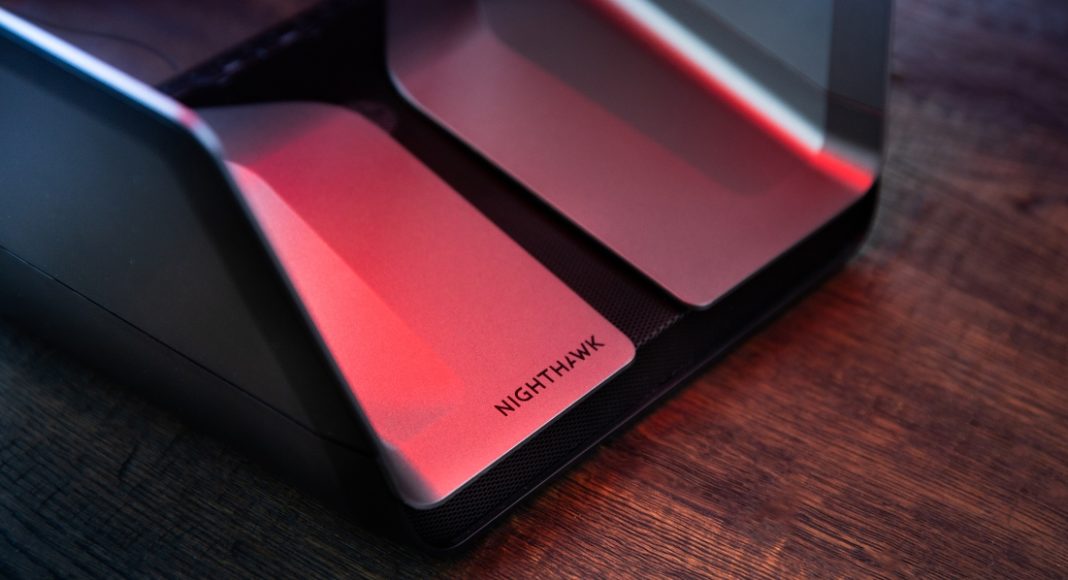 The company claims that it delivers higher speed and greater bandwidth and offers a broad range of household networking and small business needs. The newly launched routers are named – Nighthawk AX4 and Nighthawk AX8. Here’s a look at the pricing details and specifications of the newly launched devices:

Both of these newly launched Tri-band Wi-Fi routers can be purchased from authorised Netgear partners along with other reseller channels and e-commerce portals.

Speaking at the launch, Marthesh Nagendra, Country Manager of India & SAARC, NETGEAR said, “With the increasing number of Wi-Fi devices in our home network, it is has become critical for NETGEAR to provide a solution where each device gets the Wi-Fi bandwidth it needs so that you can get the quality connected experience that you deserve. The NETGEAR AX Nighthawk delivers super-fast Wi-Fi with better coverage and, more importantly, has the power and capacity to handle the dozens of devices in the typical congested smart home.”

The Nighthawk AX4 gives a Wi-Fi speed of up to 3Gbps and is powered by an AX optimized dual-core CPU which powers the smart home automation. Its network is powerful enough to support ultra-smooth 4K UHD streaming, online gaming and much more. The Nighthawk AX4 comes with a 4-stream Wi-Fi with up to 600Mbps + 2400Mbps for ultra-fast wireless speeds. Also, it has powerful amplifiers which covers the network throughout the medium sized homes.

On the other hand, the Nighthawk AX8 provides Wi-Fi speeds up to 6Gbps. It has 8 Wi-Fi spatial streams – four in the 2.4GHz band and the other four in the 5GHz band. The company has claimed that the newly launched Nighthawk AX8 is capable of offering up to four times the device capacity as compared to typical 2×2 AC Wi-Fi. The Wi-Fi router also comes with Multi-Gig Internet which enables the customers to get more than 1 Gbps of the internet through aggregation.

Patrick Lo, Chairman and CEO of NETGEAR commented, “At NETGEAR we strive to push our boundaries with innovative technology and solutions. The previous Wi-Fi iterations have been largely about enhancements to speed, the AX Wi-Fi 6 router promises a number of other benefits such as lower battery consumption, ability to serve multiple users and devices at the same time and most notably increased capacity and reduced latency.”

According to the company, today’s houses are dealing with a number of connected devices all connected to the Internet – PC, laptops, smartphones, Home Speakers, cameras etc. And according to Netgear, its new Tri-band routers users ultra-fast Wi-Fi 6 is helpful in connecting all the household devices while providing them with proper network.

Aman Singhhttps://www.gadgetbridge.com/
Aman Kumar Singh has a Masters in Journalism and Mass Communication. He is a journalist, a photographer, a writer, a gamer, a movie addict and has a love for reading (everything). It’s his love of reading that has brought him knowledge in various fields including technology and gadgets. Talking about which, he loves to tweak and play with gadgets, new and old. And when he finds time, if he finds time, he can be seen playing video games or taking a new gadget for a test run.
Facebook
Twitter
WhatsApp
Linkedin
ReddIt
Email
Previous articleRedmi Note 7 Pro gets support for popular battle-royal game Fortnite
Next articleHuawei P30 Pro users to get VIP services in India