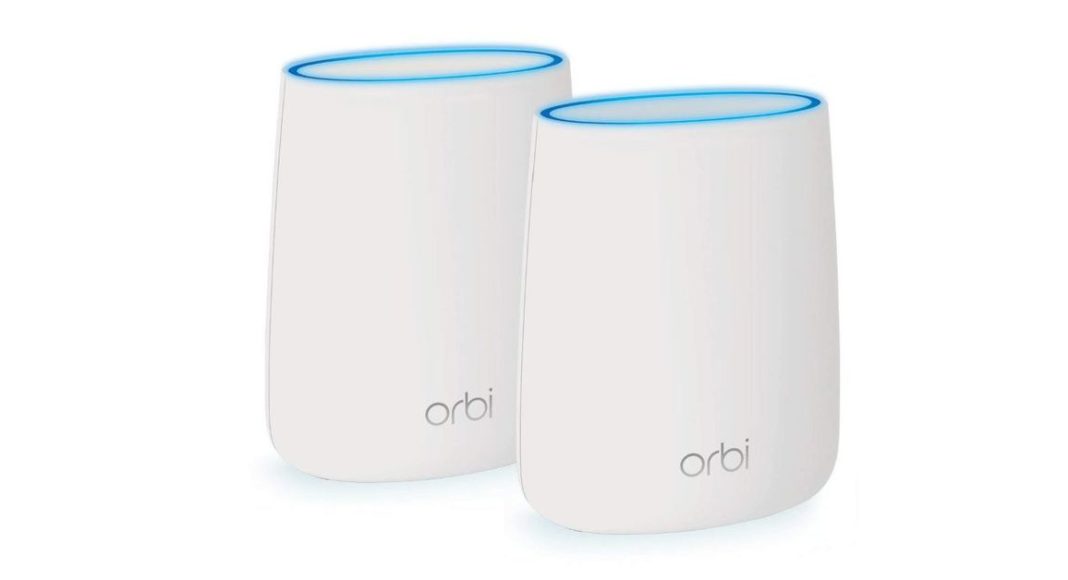 The brand new Orbi RBK20 has been launched by Netgear, today. Netgear is a global networking company which has been providing devices to customers, based on connectivity, for a long time. The company is based out of California, USA and has its offices in India too. They have a large range of WiFi routers and digital hubs in India and now they expanded the line-up with the launch of Orbi RBK20. According to the company, this device has been made specially in order to evade the consequences of cyber threats, which often pervade through WiFi networks, if not configured properly.

The device has a 5GHz connection between the router and satellite and can provide signals to up to 4,000 square feet. It is compatible with diverse kinds of houses and can spread connectivity to large extent due to its four high-gain antennas. This feature is based on the company’s vision to provide WiFi to any kind of home considering that every home nowadays is in demand of a great and more powerful wireless internet connection.

The WiFi speed on his machine can reach up to 2.2Gbps. It comes with FastLane3 technology (the dedicated WiFi backhaul) that creates a better 4K HD streaming and gaming environment in spite of connecting to more devices. The WiFi can be connected to more than one satellite if need be, and therefore it eliminates a lot of dead zones. In other words, the WiFi provides a large network coverage at a very high speed. It also means that a lot of devices can be connected to it without hinderance of any one device’s net speed. Over that, this WiFi hub has smart parental controls, works with Amazon Alexa and Google Assistant.

To talk more about the company, Netgear sells its products in more than 30,000 retail locations worldwide, and through tentatively 25,000 resellers. The selling also takes place by the means of multiple major cable, mobile and wireline service providers. The product is priced at Rs 12,899 and is selling via online stores such as Amazon, here in India.