Nokia Media Streamer with Android 9 launched at Rs 3,499 in India 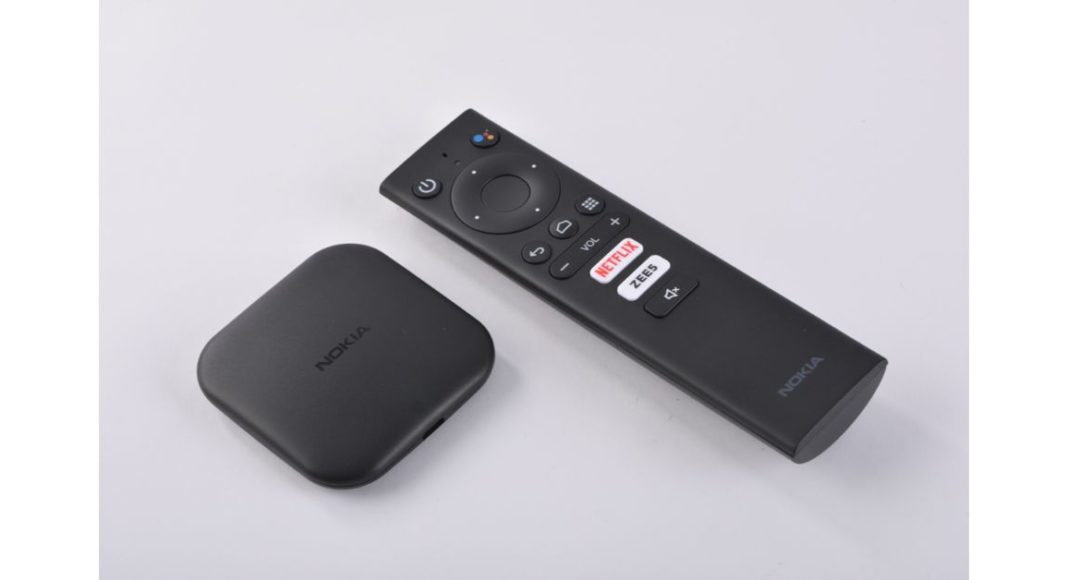 The e-commerce website Flipkart today announced the launch of its new Android streaming device in India under the brand name Nokia. The portal has introduced Nokia Media Streamer that runs on Android 9 and comes with a dedicated remote. The device will turn your regular television into a smart TV without burning a hole in your pocket. The company aims to take on Amazon Fire TV Stick and Mi Box 4 in the category.

“We are excited that Flipkart, the leading e-commerce company in the country, is bringing cutting-edge home entertainment to consumers in India with the Nokia Media Streamer, strengthening our strategic relationship. The Nokia Media Streamer is the perfect complement to Flipkart’s range of Nokia Smart TVs, offering Indian consumers a premium viewing experience to enjoy their favourite movies and TV shows,” said Mr Vipul Mehrotra, Vice President, Nokia Brand Partnerships.

Nokia Media Streamer has been launched in India with a competitive price of Rs 3,499. The Android streaming device will be available via Flipkart from August 28 in the country. Similarly, Mi Box 4K which launched in May this year comes with a similar price tag. Whereas Amazon Fire TV Stick is a bit expensive priced at Rs 3,999, though this offering is more portable as the above-mentioned products are bigger. However, Mi TV Stick which is as portable as Fire TV Stick is the cheapest among the 4K streaming devices available in India priced at Rs 2,799.

Nokia Media Streamer – Android 9.0 operating system. The 4K streamed offers a full HD resolution of 1920×1080 at 60 frames per second offering a good picture quality. The device is powered by a quad-core processor, together with 1 GB RAM and 8 GB of storage. It comes with a dual-band WiFi support for 2.4 GHz / 5 GHz and is equipped with a multi I/O antenna for better reception.

For audio, the Nokia Media Streamer supports Dolby Digital Audio and a voice-controlled remote with Google Assistant, which enables users to shuffle between devices easily.  While the built-in Chromecast feature lets the users cast their smartphone screen on the TV while Google Home supports all apps available on Google Play Store. This comes with remote control with a dedicated ZEE5 and Netflix hotkey allowing the users to access an array of content for the OTT viewers with 100+ live TV channels and 1.25 lac+ hours of viewing in 12 navigational and featured languages.

Komila Singhhttp://www.gadgetbridge.com
Komila is one of the most spirited tech writers at Gadget Bridge. Always up for a new challenge, she is an expert at dissecting technology and getting to its core. She loves to tinker with new mobile phones, tablets and headphones.
Facebook
Twitter
WhatsApp
Linkedin
ReddIt
Email
Previous article
Apple iPhone 12 Flip concept design surfaced online
Next article
IFA 2020: LG to virtually share its vision for home of future on September 3