The company will be hosting an online event to present the products. 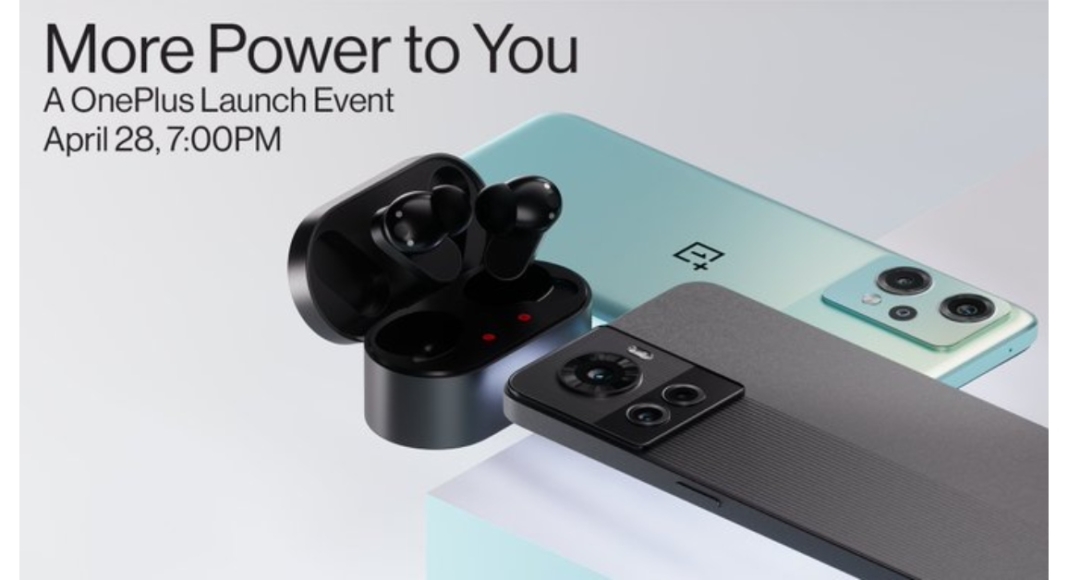 After successfully launching the OnePlus 10 Pro 5G, OnePlus is all geared up to unveil three new products at today’s More Power To You event. The OnePlus 10R 5G, OnePlus CE 2 Lite 5G, and OnePlus Nord Buds – three products that are going to launch in India today. Here’s what we know so far about today’s event and the upcoming products.

Two smartphone ranges and one wireless audio device range are among the device categories. Despite the fact that the names of the gadgets set to be released today have already been published, we may still have to wait to know all of the details. Do you want to learn everything about the upcoming products? Keep an eye out for the ‘More Power To You’ launch event. It is going to be an online event that will begin from 7 PM onwards. It can be watched on the company’s social media channels as well as its official YouTube channel. However, the launch event can also be watched here on our website as we have embedded the link below.

A 6.7-inch full-HD+ E4 AMOLED hole-punch display with a 120Hz refresh rate is expected to be included in the OnePlus 10R. The phone will also be powered by a Dimensity 8100 octa-core SoC with up to 12GB of LPDDR5 RAM and 256GB of UFS 3.1 storage, according to reports. On the back of the phone, there could be a triple camera system with a 50-megapixel Sony IMX766 primary sensor.

On the other hand, the OnePlus Nord CE 2 Lite will have a 6.59-inch display with a refresh rate of 120Hz, according to the microsite. Other notable features include a triple rear camera system with a 64-megapixel primary sensor and a 5,000mAh battery with 33W fast charging support.

A Qualcomm Snapdragon 695 processor with 6GB/ 8GB of RAM and 128GB of storage could be used.

Reportedly 10R will be available in three colours: Arctic Glow, Green, and Sierra Black. Whereas the OnePlus Nord CE 2 Lite 5G smartphone is expected to be released in Black and Jade Fog colour options.

A 12.4mm driver will be found in the new OnePlus Nord Buds TWS earbuds. They’ll have noise cancellation powered by artificial intelligence.

Komila Singhhttp://www.gadgetbridge.com
Komila is one of the most spirited tech writers at Gadget Bridge. Always up for a new challenge, she is an expert at dissecting technology and getting to its core. She loves to tinker with new mobile phones, tablets and headphones.
Facebook
Twitter
WhatsApp
Linkedin
ReddIt
Email
Previous articleGarena Free Fire Redeem Codes Today 28 April 2022: Here is how to claim them
Next articleAsus BR1100 Laptops powered by Intel Celeron N4500 processor launched in India