HomeMobilesOnePlus Nord 2 design revealed: Everything we know about from expected pricing...

OnePlus Nord 2 design revealed: Everything we know about from expected pricing and specifications

OnePlus Nord 2 is confirmed to carry a 6.43-inch AMOLED display with a 90Hz refresh rate and HDR10+ certification. 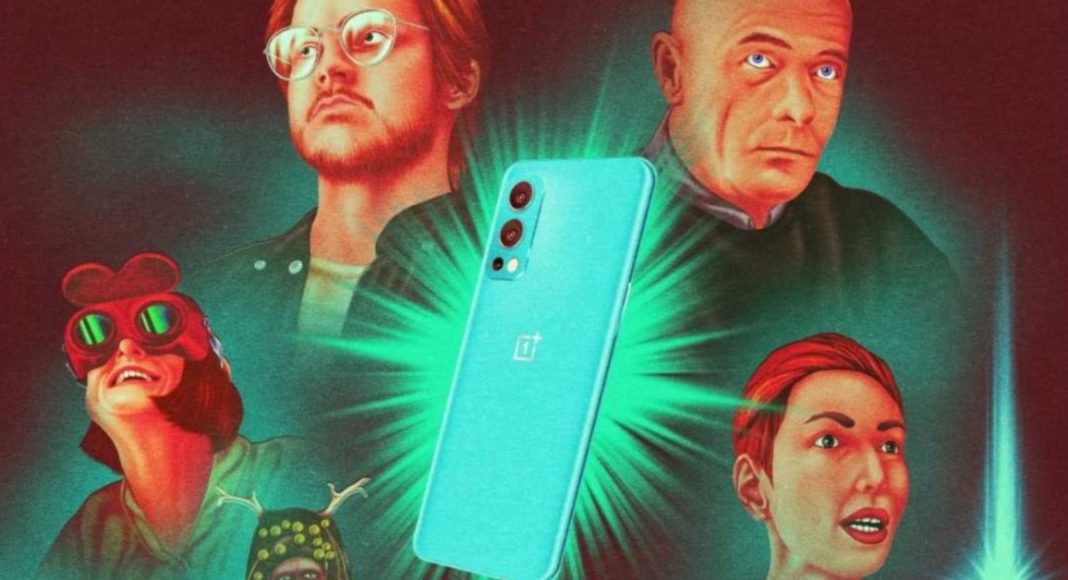 Recently OnePlus confirmed that the OnePlus Nord 2 will come with OxygenOS 11 and support two major Android updates along with three years of security updates. In a new reveal the company has revealed the design of the upcoming smartphone prior to the official launch. The next-gen of Nord is scheduled to debut in India on July 22. The device has also been listed on Amazon to tease its availability.

The news comes by way of an Instagram post in which the Chinese smartphone company has shared a photo of the OnePlus Nord 2. The back design is shown in a  blue back panel with the OnePlus branding in the middle. The smartphone can be seen featuring a triple rear camera setup that is aligned vertically on the left corner of the phone. The camera set-up mainly consists of two large sensors and one smaller sensor alongside the flash module. The camera resolution has not been revealed but the handset is tipped to feature a 50-megapixel sensor inspired by OnePlus 9 Pro. It is a Sony IMX766 primary sensor with optical image stabilisation (OIS).

Previously the company revealed that the OnePlus Nord 2 will have OxygenOS 11 based on top of Android 11 out-of-the-box. The company has also promised to release two major Android updates. In addition to this, the Nord 2 owners will also get regular security updates for three years. The device will be the first to ship OxygenOS release v11.3, based on the integrated codebase after the OxygenOS-ColorOS codebase merger.

According to the company, OnePlus Nord 2 is confirmed to carry a 6.43-inch AMOLED display with a 90Hz refresh rate and HDR10+ certification. Additionally, the phone will come with a power button and an alert slider on the right side of the phone and a volume rocker on the left. Whereas the speaker cutout and USB Type-C port are positioned at the bottom.

Komila Singhhttp://www.gadgetbridge.com
Komila is one of the most spirited tech writers at Gadget Bridge. Always up for a new challenge, she is an expert at dissecting technology and getting to its core. She loves to tinker with new mobile phones, tablets and headphones.
Facebook
Twitter
WhatsApp
Linkedin
ReddIt
Email
Previous articlePoco F3 GT scheduled to launch in India on July 23: Details Inside
Next articleAutomated captions for voice tweets rolling out for Twitter