The smartphone is already available in Blue Marble and Gray Onyx 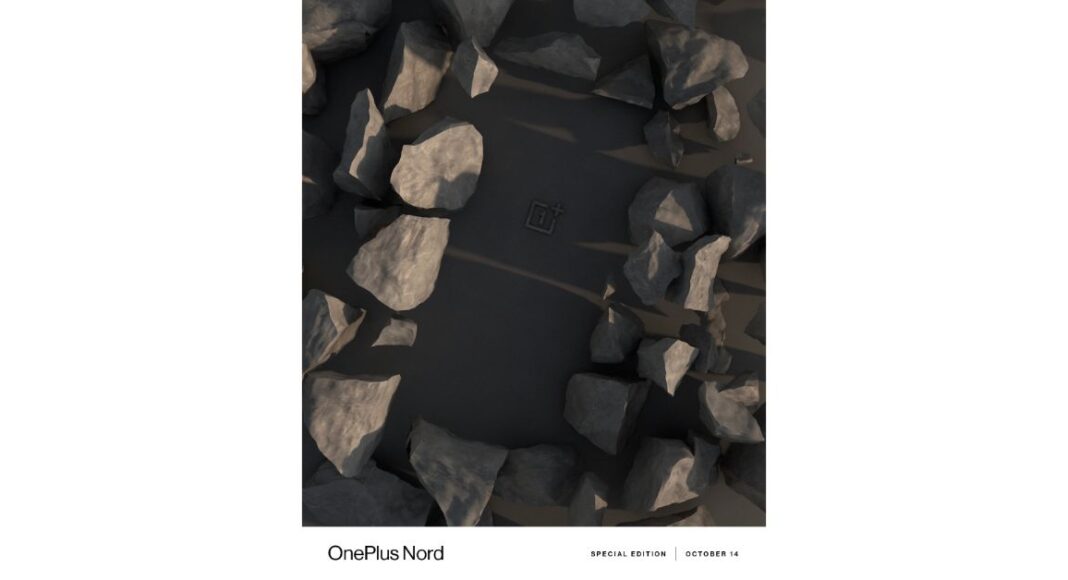 The Chinese smartphone company OnePlus is going to unveil its latest smartphone series OnePlus 8T in India on October 14. The news is rife on the same day the company is going to launch OnePlus Nord Special Edition. Yes, the company’s affordable smartphone will be getting a special edition variant which is supposed to be a new Sandstone colour variant. The company has also shared teasers suggesting the new colour options in Sandstone Black. The new colour model will obviously join the other two-colour options namely Blue Marble and Gray Onyx.

The company took to Twitter to announce that OnePlus Nord will be getting a special edition on October 14. OnePlus has also shared teasers in which greyish sand colour back is seen with the company logo surrounded with stones pointing out Sandstone Black colour variant. The tweet reads, “Beauty is everywhere. Find it with #OnePlusNord. Know more October 14 – https://onepl.us/8TLaunch_tw “

In another tweet the company posted another picture with a caption” Inspiration for beautiful design can be seen everywhere. Like here, for example. #OnePlusNord” The image shared has the smartphones’ back with the logo on the sand which again hints the Sandstone Black edition for OnePlus Nord.

To recall OnePlus Nord was launched in India a few months back in a Blue Marble and Gray Onyx colour options. In terms of design, the device has a 6.44-inch full-HD+ Fluid AMOLED display with 90Hz refresh rate having 1,080×2,400 pixels of resolution and 20:9 aspect ratio. The dual-SIM (Nano) OnePlus Nord is powered by octa-core Qualcomm Snapdragon 765G SoC, which is an excellent mid-range chipset, paired with Adreno 620 GPU and up to 12GB LPDDR4x RAM with up to 256GB of UFS 2.1 storage that doesn’t support expansion via a microSD card.

The launch of the OnePlus 8T in India is set for October 14. The launch will take place through a virtual launch event that will kick off at 7.30 PM that is going to be live-streamed via the company’s official website including social media accounts via its official YouTube channel in the country.

Komila Singhhttp://www.gadgetbridge.com
Komila is one of the most spirited tech writers at Gadget Bridge. Always up for a new challenge, she is an expert at dissecting technology and getting to its core. She loves to tinker with new mobile phones, tablets and headphones.
Facebook
Twitter
WhatsApp
Linkedin
ReddIt
Email
Previous article
Sony announces Alpha 7S III camera in India for Rs 3,34,990
Next article
After mobile and smart gadgets, itel introduces affordable TV series in India