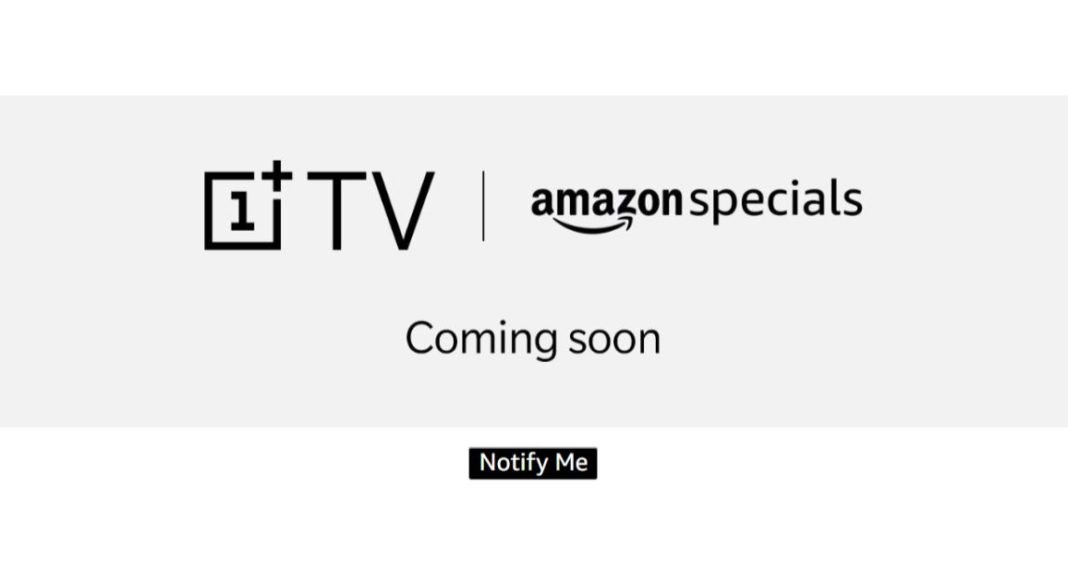 After confirming the presence as well as the official name of the OnePlus TV now more details with regard to the upcoming TV by the smartphone manufacturer has surfaced online. Recently the company revealed that its first smart TV will be featuring a 55-inch QLED panel. However previous reports suggest that OnePlus TVs that will be available in four sizes including 43-inches, 55-inches, 65-inches, and 75-inches. As per the latest development, Google Play Developer Console has discovered that the TVs would debut with a MediaTek processor along with the latest Android TV version. On the other hand, rumors also suggest that OnePlus TV will be supported by Bluetooth 5.0 along with 4K HDR displays.

Now features and specifications of the upcoming OnePlus TV have been revealed on the web. @androidtv_rumour posted the specifications of the OnePlus Tv on its Twitter account. Spec sheet list of the TV spilled the beans about the smart TV details that also includes the chipset, memory and other specs. The OnePlus Tv models have been codenamed as ‘OnePlus_Dosa_IN’. Dosa in the codename is a very popular South India dish and we all know that the company announced on its official blog post that t will be launching its first-ever OnePlus TV in the Indian market first.

Now moving ahead, the OnePlus TV models will be powered by MediaTek MT5670 chipset coupled with Mali G51 GPU. The anticipated TVs will run on Android TV 9 with 3 GB of RAM. According to the leaked specifications list, the resolution of the OnePlus TV will be 1920 x 1080 pixels. In addition to this, Android TVs will only allow 080p for the TV menu while the TVs will have 4K for compatible content.

Now other reports also suggest that OnePlus TV models will debut with Dolby Vision support however it did not confirms if all the models will be supported by it. It might also arrive with the support of voice assistant along with HDR 4K video content variant.

To recall last week the company’s CEO and co-founder Pete Lau announced that the OnePlus TV will be launched in India in September. “I have a very exciting announcement to share with you – the OnePlus TV is set to launch in September, and it will be available in India first.” He said.

Additionally, the company also revealed that the OnePlus TV models will be made available for purchase on the e-commerce website Amazon.

Komila Singhhttp://www.gadgetbridge.com
Komila is one of the most spirited tech writers at Gadget Bridge. Always up for a new challenge, she is an expert at dissecting technology and getting to its core. She loves to tinker with new mobile phones, tablets and headphones.
Facebook
Twitter
WhatsApp
Linkedin
ReddIt
Email
Previous article
Xiaomi Mi A3 will again go on sale via Amazon, Mi.com and Mi Home stores
Next article
Google Nest Hub with 7-inch touchscreen smart display launched in India