Will come with a Google Voice assistant button 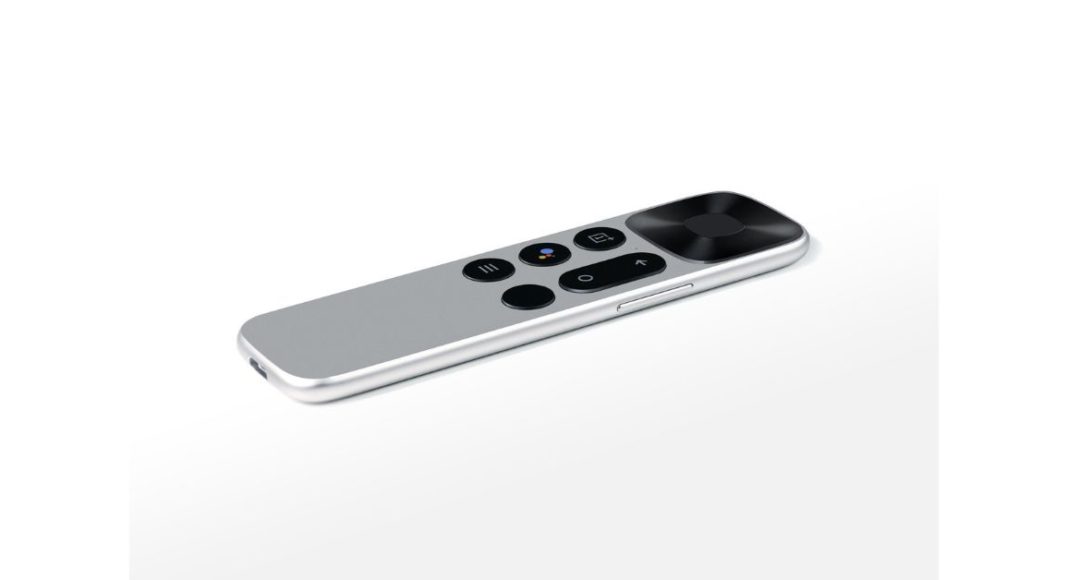 Chinese technology company OnePlus is gearing up to launch its own smart TV this month. The company has already confirmed that OnePlus TV is going to arrive in India first before any place else. Recently, OnePlus’s CEO confirmed that the upcoming smart TV will be powered by the Gamma Color Magic processor, a custom chip built by the company. It is confirmed to run on a modified version of Android TV also. Now the latest is that Pete Lau has shared the first image of its upcoming television’s remote on Twitter and secondly the company has teamed up with Eros Now for content streaming.

OnePlus CEO Pete Lau posted the picture of OnePlus’s TV on its Twitter account. The TV remote has very few buttons on it. It is sleek and has one button for enabling Google Assistant and one can see the company’s logo along with a navigation pad. The silver-coloured remote has a USB Type-C port for charging while on the side it has a volume button. The OnePlus remote is quite identical to the Apple TV remote, in our honest opinion.

Also as said, the smartphone company has now collaborated with Eros Now for the streaming service. Eros now delivers a wide range of Indian content in the country. Through this association, the users will be able to access content on the Eros Now streaming service. Moreover, the company will also partner with Dolby for offering better content to the users.

OnePlus TV’s product page on Amazon reveals the key details of the upcoming smart TV. OnePlus TV will be featuring 8 speakers of 50 watts each with punchy bass. The TV will be powered by Dolby Atmos for a cinematic sound. It will come with a 55-inch 4K QLED screen supported by Dolby Vision for improved colour, contrast and brightness.

Even before its launch rumours and leaks have surfaced online revealing that OnePlus TV models will be powered by MediaTek MT5670 chipset coupled with Mali G51 GPU. The upcoming TV will run on Android TV 9 with 3 GB of RAM. Reports suggest that the smart TV will be supported by Bluetooth 5.0 along with 4K HDR displays and will sport 43-inches, 55-inches, 65-inch, and 75-inches screen sizes.

Komila Singhhttp://www.gadgetbridge.com
Komila is one of the most spirited tech writers at Gadget Bridge. Always up for a new challenge, she is an expert at dissecting technology and getting to its core. She loves to tinker with new mobile phones, tablets and headphones.
Facebook
Twitter
WhatsApp
Linkedin
ReddIt
Email
Previous articleLenovo launched four new Yoga laptops with preloaded Amazon Alexa and background blur features
Next articleSamsung Galaxy Fold now available in Korea, will arrive in India soon