Oppo F19 with 5,000mAh battery will launch today in India: How to watch the Livestream 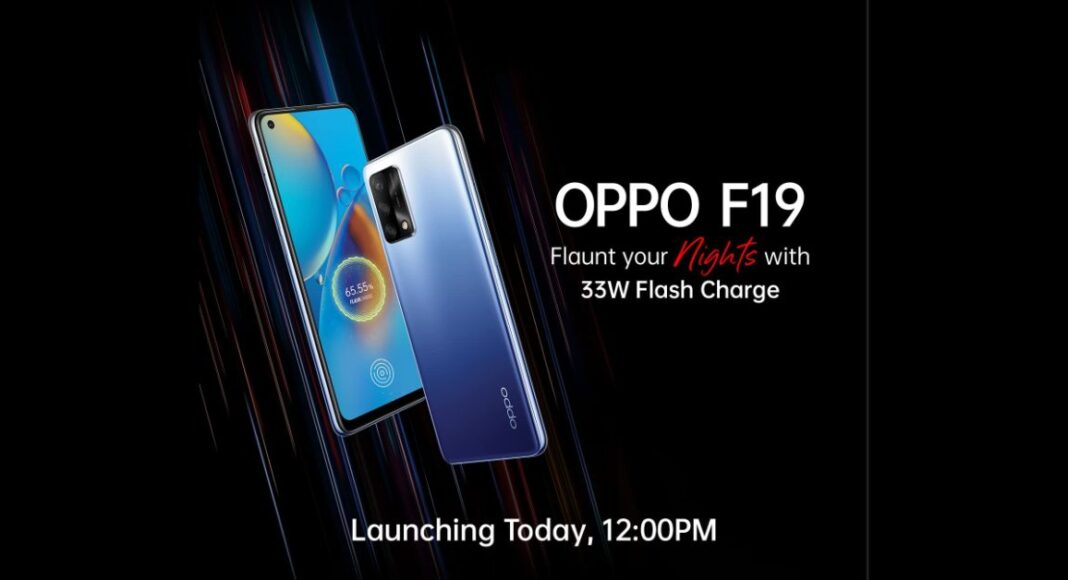 Oppo F19 is all set to make its official debut today in India. This device is going to be the third smartphone to join the Oppo F19 series. The lineup already includes Oppo F19 Pro and the Oppo F19 Pro+, and now the standard model will join the mix. Ahead of the India launch, the company has already launched the phone in Sri Lanka and the official listing has revealed the detailed specifications.

How to watch the Livestream of Oppo F19

The Chinese smartphone company Oppo today will officially introduce Oppo F19 to its latest smartphone series. To launch the phone the firm will be hosting the Fastest Launch Event with Zakir Khan, the famous stand-up comedian via virtual event. The Livestream will take place through the company’s social media channels from 12 noon onwards. Besides this, the company has also listed the Oppo F19 on Amazon to suggest its online availability following the launch.

As far as the specs are concerned, the company has not yet completely revealed the specification for the Oppo F19 in India. The phone is expected to include a 5,000mAh battery with a 33W Flash Charge, which runs on a 11V3A solution. The phone is claimed to fully charge in 72 minutes and up to 54 percent in just 30 minutes. As per the company, with 5 minutes of charging you can enjoy 5.5 hours of calling and around 2 hours of YouTube use. Oppo has also confirmed that the device will feature an AMOLED FHD+ punch-hole display with all-day eye care.

Meanwhile, when the company was announcing the official launch date for India, the Oppo F19 got listed on the Oppo Sri Lanka site with detailed specifications. According to the listing, the smartphone will sport a 6.43-inch full HD+ AMOLED display offering 800 nits’ peak brightness, 409ppi pixel density, and standard 60Hz refresh rate.

Under the hood, there is a Qualcomm Snapdragon 662 SoC coupled with 6GB LPDDR4x RAM and 128GB internal storage. For the cameras, there will be a triple rear camera setup that includes a 48-megapixel primary sensor. Additionally, there is a 2-megapixel depth sensor and a 2-megapixel macro camera. On the front, it sports a 16-megapixel selfie camera.

Komila Singhhttp://www.gadgetbridge.com
Komila is one of the most spirited tech writers at Gadget Bridge. Always up for a new challenge, she is an expert at dissecting technology and getting to its core. She loves to tinker with new mobile phones, tablets and headphones.
Facebook
Twitter
WhatsApp
Linkedin
ReddIt
Email
Previous articleLG officially confirmed to quit the smartphone business: Causes and Repercussions
Next articleTransferring WhatsApp chats from Android to the iPhone will be possible soon: Report