Oppo K10 specifications tipped ahead of the official launch, could be powered by Snapdragon 680 SoC

The device is likely to feature a 6.5 inch LCD display. 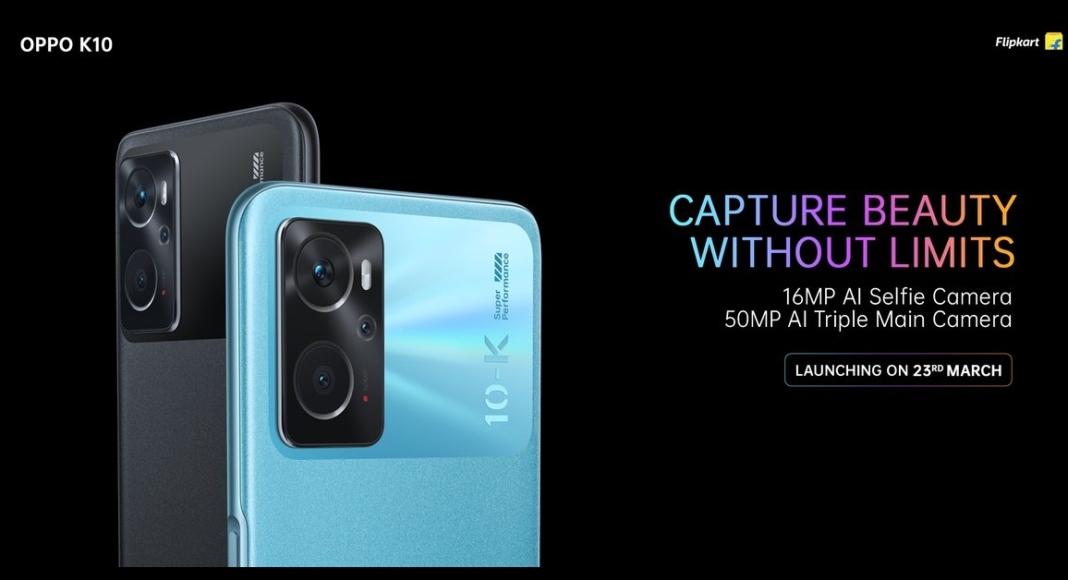 Oppo K10 India launch is set to launch on March 23. Just ahead of the launch the Oppo K10 details have appeared on the web. A tipster has released Oppo K10 specifications giving us an indication of what to anticipate from the next smartphone to bring. However, Oppo has also revealed some of the handset’s characteristics, saying that it would be powered by a Snapdragon 680 SoC and will include a triple camera configuration as well as a hole-punch display design.

The next Oppo K10 handset will run Android 11 with ColorOS 11.1 on top, according to 91Mobiles, referencing tipster Yogesh Brar. Furthermore, the smartphone is tipped to have a 6.5-inch full-HD LCD display with 1,080×1920 pixels of resolution and a refresh rate of 90Hz. The device is said to equip a 6nm Snapdragon 680 SoC with 6GB of RAM and 128GB of storage. According to Oppo’s homepage for the smartphone, it would offer expandable storage via microSD card, as well as the option to augment its inbuilt RAM utilising unutilized storage.

According to the source, the phone would include a 5,000mAh battery with 33W fast charging capabilities and a side-mounted fingerprint sensor for biometric verification.

The Oppo’s homepage for the next smartphone showcases a triple camera arrangement, including a 50-megapixel main camera and a 16-megapixel AI selfie camera. However, the 50-megapixel primary camera would be complemented by the 2-megapixel depth and 2-megapixel macro sensors, according to the report.

A USB Type-C connector and a 3.5mm headphone jack are also seen on the phone. It is also said to allow rapid charging and have a Glow Design with two unique hues and glossy and matte finish choices.

According to recent rumours, the Oppo K10 pricing in India would be less than Rs 20,000. Oppo is yet to release the actual pricing of the smartphone. According to the firm, the Oppo K10 will be released in India on March 23 at 12 noon and will go on sale on March 29. In addition to this, the handset has also been listed on Flipkart to tease its availability.

The Oppo Enco Air 2 TWS headphones, as well as the forthcoming Oppo K10 handset, will be available on March 23.

Komila Singhhttp://www.gadgetbridge.com
Komila is one of the most spirited tech writers at Gadget Bridge. Always up for a new challenge, she is an expert at dissecting technology and getting to its core. She loves to tinker with new mobile phones, tablets and headphones.
Facebook
Twitter
WhatsApp
Linkedin
ReddIt
Email
Previous article
Amazon Quiz Answers Today 21 March 2022: Participate to win Rs 20,000
Next article
How to Back Up and Reset an Android Phone Before Selling It