Oppo Reno 2 is all set to be launched today: How to watch the live stream

The smartphone will be launched in India at 3 PM today 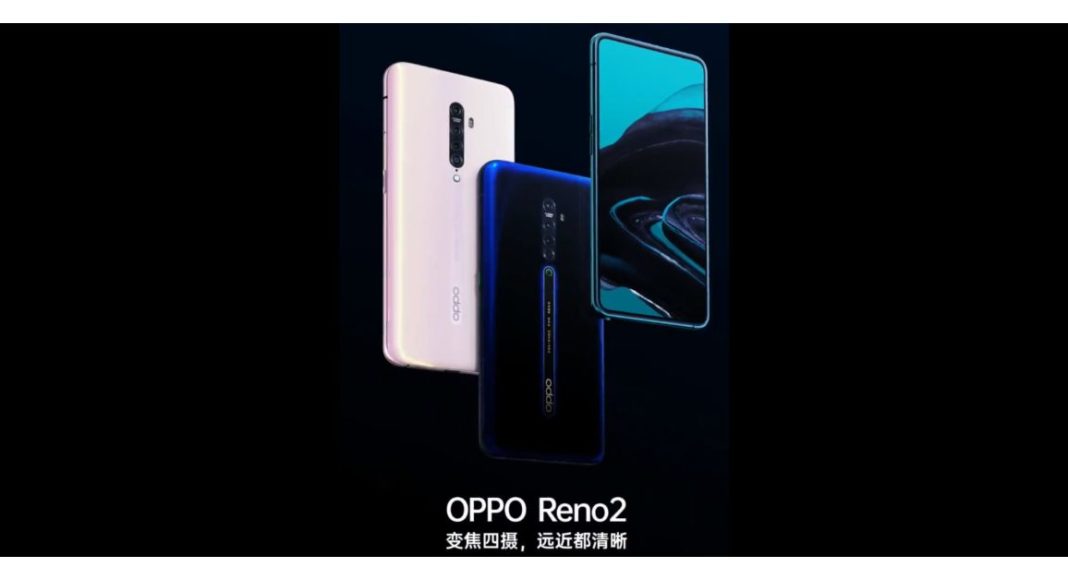 Chinese Smartphone Company is all geared up to launch its new Oppo Reno 2 series. This is the first time that the series of phones will be launched in India first. So, the consumer in the country will be the first one to get a glimpse of the new smartphone. Prior to its launch, the company has also revealed some of the specifications of the device. The Oppo Reno 2 seems to be sporting the same shark fin type pop-up selfie camera. Apart from that, the company is also expected to launch two new mobile phones Oppo Reno 2Z and Oppo Reno 2F.

We have attached the live streaming link below:

As we mentioned earlier also that the smartphone company has revealed few of the specification details of the Oppo Reno 2. It is confirmed that the phone will be featuring a 6.55-inch AMOLED Panoramic notch-less display with a 20:9 aspect ratio. The display screen is protected by Gorilla Glass 6 and the screen offers 93.1 per cent screen to body ratio. The new smartphone will be powered by Snapdragon 730G octa-core SoC coupled with 8GB RAM. It is expected that the phone will be offering up to 256GB of internal storage. It will be housing a 4,000mAh battery supported by VOOC Flash Charge 3.0. For connectivity, it has a USB Type-C port, Wi-Fi and Bluetooth.

The Oppo Reno 2 is supposed to come with a dedicated Neural Processing Unit (NPU) that will provide improved modes like Ultra Dark and Bokeh mode. For gaming purposes, the phone will come integrated with anti-cheat extensions along with enhanced Wi-Fi for connectivity along with 25 per cent faster graphics compared to the forerunner. Additionally, it will come with Game Boost 3.0, Game Assistant and HDR10 that will provide better and improved gaming performance.

In terms of its design, the phone will arrive with a 3D curved glass back panel along with Corning Gorilla Glass 5 protection. The phone will sport an in-display fingerprint sensor 3.0 with the latest G3 optical sensor fingerprint unlock feature.

Besides this several leaks and rumours have surfaced on the web even before the official launch of the device. If we go by the leaks and rumours Oppo Reno 2 will be featuring a quad-camera set up that will consist of a 48-megapixel primary camera, along with a 13-megapixel, 8-megapixel and 2-megapixel sensors. The camera sensors on the phone will be offering 2x optical zoom, 20x hybrid zoom, OIS and Electronic Image. In addition to this, it is also expected to offer up to 60fps frame rate along with the support for recording videos with a 116-degree wide-angle sensor.

As per the leaks and rumours, Oppo is also expected to launch Oppo Reno 2Z that will come with a 6.53-inch full-HD+ (1,080 x 2,340 pixels) display with Gorilla Glass 5 protection and 19.5:9 aspect ratio. It is rumoured to be powered by the MediaTek Helio P90 SoC, coupled with 8GB of RAM along with 256GB of internal storage. It is expected to pack a 4,000mAh battery along with the support for VOOC 3.0 charging.

In terms of cameras, the Oppos Reno 2Z will come with a 48-megapixel IMX586 sensor, along with a 119-degree 8-megapixel sensor, and a pair of 2-megapixel sensors. The sensors will be offering 2x optical zoom, ultra-steady video mode for up to 60fps frame rate, EIS and Ultra Night Mode. According to the leaked live images, the phone will arrive with a centrally aligned pop-up camera.

It is rumoured that the Oppo Reno 2F will also be launched alongside Oppo Reno 2 that will be sporting a 6.53-inch full-HD+ (1,080 x 2,340 pixels) display with 19.5:9 aspect ratio and Gorilla Glass 5 protection. The phone is supposed to be powered by MediaTek Helio P70 SoC processor along with 8GB of RAM that will offer 128GB of internal storage.

On the camera front, the phone is suggested to be made available with a 48-megapixel Samsung GM1 sensor, assisted by a wide-angle 8-megapixel sensor with 119-degree field of view and a pair of 2-megapixel sensors. It will be offering Ultra Night Mode 2.0 for low-light conditions along with 10x digital zoom excluding Electronic Image Stabilisation feature.

Komila Singhhttp://www.gadgetbridge.com
Komila is one of the most spirited tech writers at Gadget Bridge. Always up for a new challenge, she is an expert at dissecting technology and getting to its core. She loves to tinker with new mobile phones, tablets and headphones.
Facebook
Twitter
WhatsApp
Linkedin
ReddIt
Email
Previous articleLenovo Legion Y740, Legion Y540 Gaming Laptops launched in India
Next articleVivo Nex 3 5G officially confirmed, to launch next month