Galaxy A10s was launched globally by the company last month 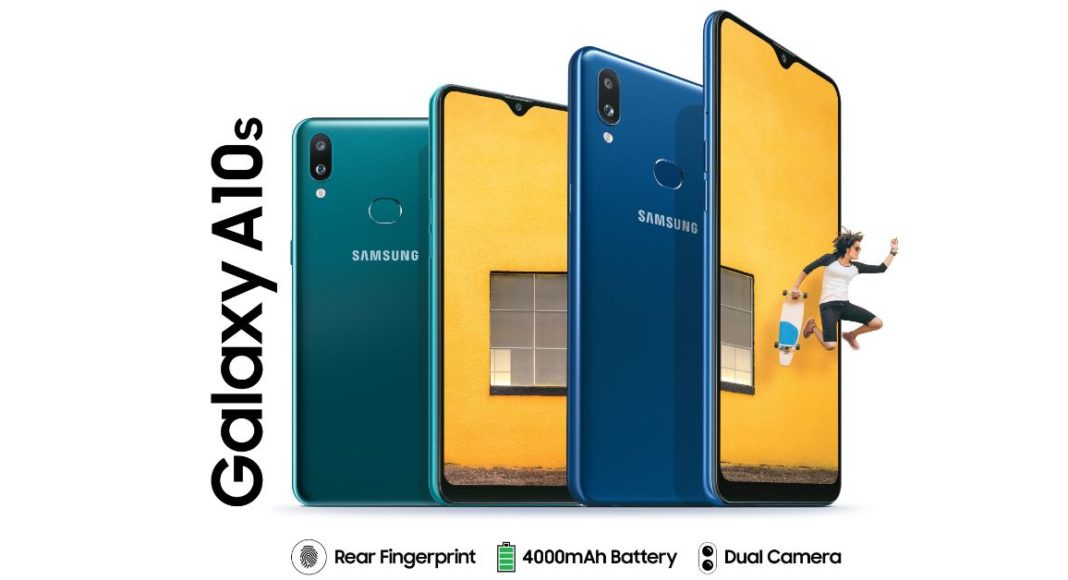 The South Korean company, Samsung, today launched a new smartphone in India. The Samsung Galaxy A10s joins the Galaxy A-series line of smartphones. The company launched the latest addition in the Q1 2019. The key highlights of the smartphone include a 6.2-inch Infinity-V Display along with a dual rear camera set up. The handset will be powered by a 4,000mAh battery and a fingerprint scanner.

Samsung India, Director, Mobile Business, Aditya Babbar said“As a global technology leader, we are committed to providing meaningful innovations to our consumers. Galaxy A10s has been developed for Indian millennials who are looking for a great display, superior camera, long-lasting battery and fingerprint scanner. Galaxy A10s is a complete package of great looks and top performance.”

The smartphone will be put on sale on August 28 through the entire e-commerce website in the country as well as the offline retail stores. The smartphone can also be purchased via Samsung India E-Shop and Samsung Opera House.

Samsung Galaxy A10s features a 6.2-inch HD+ (720×1,520 pixels) Infinity-V Display. The phone will be powered by the Octa-core processor. It comes in 2GB and 3GB of RAM variants that offer 32GB of inbuilt storage that can be further expanded up to 512GB via microSD card.

Samsung Galaxy A10s comes with all the necessary connectivity options that also include 4G VoLTE along with a fingerprint sensor on the rear panel. The handset measures 156.9×75.8×7.8mm and it weighs 168 grams. This smartphone is one of the cheapest options that come from brand Samsung in the A-series lineup in India.

Komila Singhhttp://www.gadgetbridge.com
Komila is one of the most spirited tech writers at Gadget Bridge. Always up for a new challenge, she is an expert at dissecting technology and getting to its core. She loves to tinker with new mobile phones, tablets and headphones.
Facebook
Twitter
WhatsApp
Linkedin
ReddIt
Email
Previous article
Realme CEO officially revealed the image of the Realme XT
Next article
Realme XT specification surfaced online, will be powered by Qualcomm Snapdragon 712 SoC