HomeMobilesOppo Reno 6 Series launching today: Here is what to expect

Oppo Reno 6 Series launching today: Here is what to expect 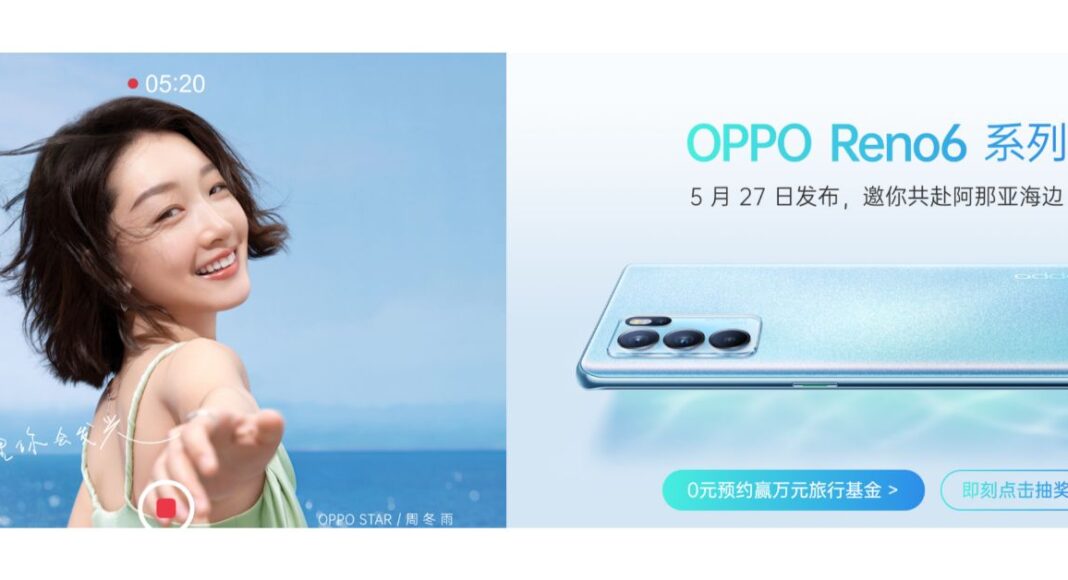 Oppo Reno 6 Series is all set to launch today in China. The lineup will include Oppo Reno 6, the Oppo Reno 6 Pro and  Oppo Reno 6 Pro+. Ahead of the official launch, all the smartphones were listed on the Chinese e-commerce website, therefore, revealing the design and key tech specs. Both vanilla, as well as the Pro variant, are expected to equip MediaTek Dimensity 1200 SoC, whereas the most expensive of all Oppo Reno 6 Pro+ might include Snapdragon 870 SoC.

Oppo Reno 6 Series launch event will be hosted virtually today. The online event will kickstart at 3.30 PM IST. The event will be live-streamed via the company’s official social media channels including Weibo and its official website. 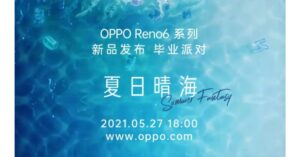 As far as the pricing is concerned according to a tipster Digital Chat Station the price of the Reno 6 Series will start at CNY 2,500 (approximately around Rs. 28,600).

On the specification front, the leaked listing suggests that Oppo Reno 6 features a 6.55-inch full-HD+ display with 90Hz refresh rate support. For the optics, it might include a triple rear camera setup that will include a 64-megapixel primary sensor. On the front, there will be a 32-megapixel selfie camera. The device is expected to come in 8GB RAM with 128GB storage and 12GB RAM with a 256GB storage model. It will be offered in Galaxy Dream, Night Sea, and Summer Harumi colour options. Additionally, the vanilla Reno 6 will also get  65W fast charging support.

Reno 6 Pro will come with a quad rear camera setup consisting of a 64-megapixel primary sensor with a similar selfie camera as the vanilla model. It will be available in the same configuration as the standard variant with similar specifications as well as design.

Lastly, the  Reno 6 Pro+ will also be offered in the same configurations. The listing suggests that this phone will also include a quad rear camera set-up that will include a 50-megapixel Sony IMX766 sensor. The device will be powered by Qualcomm Snapdragon 870 SoC with 65W fast charging support.

Komila Singhhttp://www.gadgetbridge.com
Komila is one of the most spirited tech writers at Gadget Bridge. Always up for a new challenge, she is an expert at dissecting technology and getting to its core. She loves to tinker with new mobile phones, tablets and headphones.
Facebook
Twitter
WhatsApp
Linkedin
ReddIt
Email
Previous articleFacebook and Instagram now enable the feature to hide like counts on their platform: How to enable the feature
Next articleRedmi Note 10 Pro 5G powered by MediaTek Dimensity 1100 SoC launched