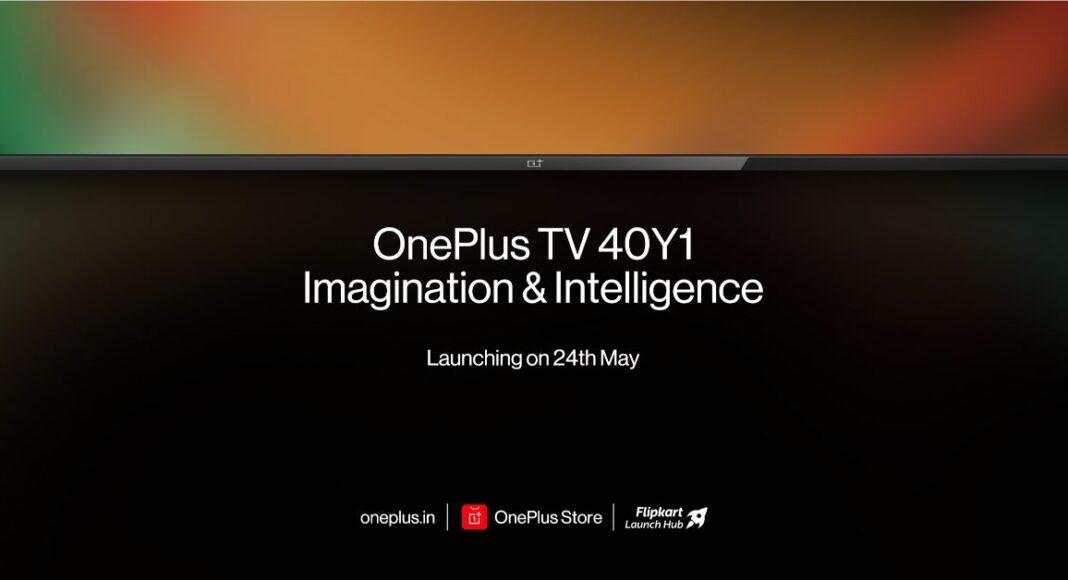 Last week was quite interesting in the world of tech. Google I/O made many important announcements for Android 12, maps, WearOS, LaMDA and many more. Besides this, the Android version of Clubhouse arrived in India and the beta download is now available on Google Play Store. Poco M3 Pro, Infinix Hot 10S and many more devices launched in India. And finally, the pre-registrations for the  PUBG Mobile India avatar BattleGrounds India is live on Google Play Store. As the fresh new week kickstarts OPPO, OnePlus and Lenovo are going to make some major announcements. So let’s see which products are scheduled to launch this week.

OnePlus is all set to launch its 40-inch TV in India today. The company has scheduled to launch the OnePlus TV 40Y1. The launch will begin at 12 noon and is likely to be available via Flipkart and the company’s official website. It should be noted that the company’s Y-series of televisions already include two models in India called the OnePlus TV 32Y1 and OnePlus TV 43Y1. The price of the Televisions will fall between 20-25K. Both the models are expected to be cheaper than the 43-inch model, which comes at Rs 26,999.

In terms of specs, the OnePlus TV 40Y1 will be powered by an unspecified 64-bit processor and will run Android TV 9-based OxygenPlay. The TV will be featuring a bezel-less design having a 40-inch full-HD display with 1,920×1,080 pixels of resolution. The display will be offering a 93 percent coverage of DCI-P3 colour gamut and Gamma Engine picture enhancer. In addition to this, there will be two 20W speakers with Dolby Audio support. On the connectivity front, there will be Wi-Fi 802.11 b/g/n and Bluetooth v5, Ethernet port, RF connection input, two HDMI ports, AV In, digital audio output, and two USB ports.

Today Vivo-owned iQOO will be launching a new smartphone iQOO Neo5 Vitality Edition powered by the Snapdragon 870 chipset. The device will debut in China and is a toned-down variant of iQOO Neo5 that was launched in March this year. The phone will come with an LCD panel with a higher 144Hz refresh rate instead of an AMOLED display. The smartphone will include a punch hole at the top right corner of the screen and will also support 44W fast charging tech.

Transsion Holding will be launching Tecno Spark 7 Pro in India on May 25 that is tomorrow. The device has already been launched in other markets and will be coming to India now. The regular variant has already made its entry in the country last month. The upcoming phone runs  HiOS 7.5 based on Android 11 and features a 6.6-inch HD+ display with a 90Hz refresh rate support. The device is powered by MediaTek Helio G80 SoC and equips a triple rear camera setup. The phone packs a 5,000mAh battery and a fingerprint scanner on the back.

The Chinese tech giant Lenovo is also going to unveil its new range of tablets on Tuesday, which is May 25. In addition to this, the company will also launch a new Legion gaming laptop. There will be three tablets namely Xiaoxin Pad Pro 2021, Xiaoxin Pad Plus and YOGA Pad Pro.

The Lenovo Xiaoxin Pad Pro 2021 is said to feature an OLED display with 2,560 x 1,600 resolution and 90Hz refresh rate support. The tab will run Android 11 and will be powered by Snapdragon 870 processor. Whereas Xiaoxin Pad Plus will equip a Snapdragon 750G processor and on the other hand YOGA Pad Pro, will come with functionality that will allow it to be used as a secondary display for a connected device.

While on the front there will be a 32-megapixel selfie camera. Reno 6 Pro will come with a quad rear camera setup consisting of a 64-megapixel primary sensor with a similar selfie camera as the vanilla model. On the other hand, Reno 6 Pro+ is listed to include a quad rear camera set-up will include a 50-megapixel Sony IMX766 sensor. The device will be powered by Qualcomm Snapdragon 870 SoC with 65W fast charging support.

Komila Singhhttp://www.gadgetbridge.com
Komila is one of the most spirited tech writers at Gadget Bridge. Always up for a new challenge, she is an expert at dissecting technology and getting to its core. She loves to tinker with new mobile phones, tablets and headphones.
Facebook
Twitter
WhatsApp
Linkedin
ReddIt
Email
Previous article
May 24 Flipkart Daily Trivia Quiz Answers: Answer to win exciting prizes
Next article
Google services to return to Huawei’s former sub-brand Honor: Confirmed via Twitter