The specifications of the vanilla variant are said to be different from the original Oppo Reno 7 5G. 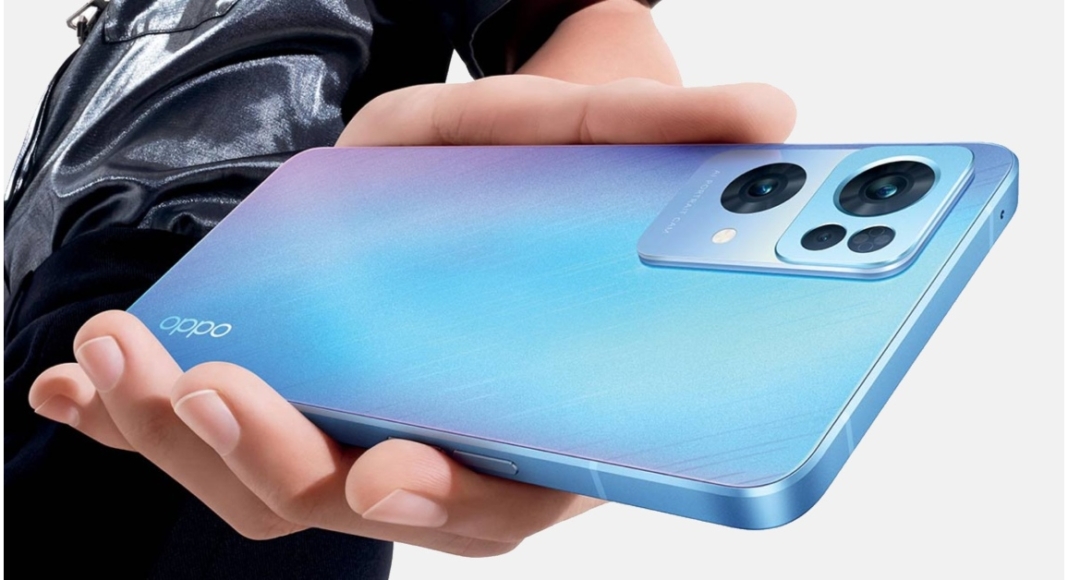 Ahead of its official release Oppo Reno 7 5G and Reno 7 Pro 5G prices in India have resurfaced online. The company’s latest series launch is going to take place on February 7 in the country. Reportedly the vanilla Reno 7 is likely to differ from the Chinese variant. The smartphone is said to be powered by MediaTek Dimensity 900 SoC instead of a Snapdragon 778G chipset.

The proposed cost differs from what was previously published from a retailer’s listing.

Tipster Sudhanshu Ambhore says that the Oppo Reno 7 5G India model will be powered by MediaTek Dimensity 900 SoC coupled with 8GB RAM, and 5GB virtual RAM extension. The Chinese model comes with a Snapdragon 778G. In addition to this Indian edition is also said to contain a triple back camera arrangement, with a 64-megapixel OmniVision OV64B main sensor, an 8-megapixel ultra-wide shooter, and a 2-megapixel macro lens.

The Oppo Reno 7 5G India model is expected to include a front-facing 32-megapixel Sony IMX615 selfie camera sensor which also differs from the Chinese model which features a Sony IMX709 sensor. In India, the phone is expected to come with a 4,500mAh battery with 65W SuperVOOC fast charging. The phone will reportedly contain a USB Type-C connector, a 3.5mm headphone jack, and an in-display fingerprint sensor.

The Reno 7 Pro 5G in India is believed to be the same model that was released in China. The Oppo Reno 7 Pro 5G has a 6.55-inch display, which is somewhat larger than the Reno 7 Pro 5G. A MediaTek Dimensity 1200 Max chipset is housed within. A triple back camera system with a 50MP main sensor, a wide-angle lens, and a 2MP macro lens is also available. The selfie camera is identical to its elder sister. A 4,500mAh dual-cell battery with 65W quick-charging capacity is also included. A front-facing camera with 32MP resolution is also incorporated for selfies and video conferencing. A 4,500mAh battery with a 60W flash charge is also included.

Komila Singhhttp://www.gadgetbridge.com
Komila is one of the most spirited tech writers at Gadget Bridge. Always up for a new challenge, she is an expert at dissecting technology and getting to its core. She loves to tinker with new mobile phones, tablets and headphones.
Facebook
Twitter
WhatsApp
Linkedin
ReddIt
Email
Previous article
Spotify to add content advisory labels to podcasts on COVID-19
Next article
Vivo’s first T-Series smartphone Vivo T1 5G to debut in India on February 9