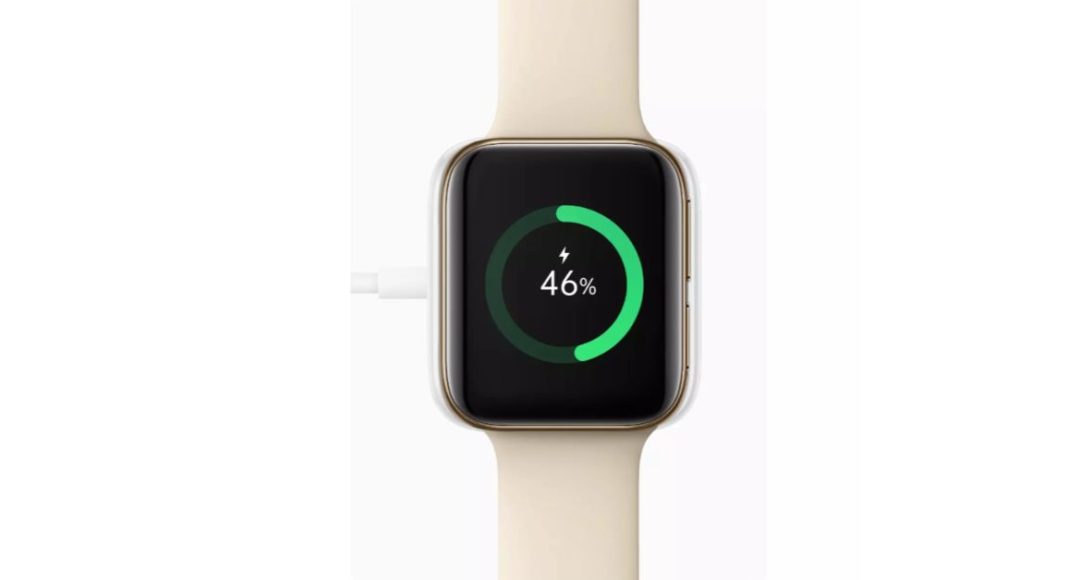 Oppo Watch, which was launched a few months back in China is now coming to India soon. Oppo Watch is the company’s first smartwatch that is available in two different sizes of 41mm and 46mm. The smartwatch comes with an AMOLED display with curved glass similar to the Apple Watch. The wearable is supported by eSIM and offered in two colour options.

According to a report, the first smartwatch from Oppo was recently certified through FCC suggesting a global launch. Over that Oppo, Watch has also received BIS certification confirming its debut in India also. The report suggests that the device might arrive alongside Oppo Reno 4 Pro that is expected to launch in the third week of July. So, in the coming next two weeks, the device might hit the shelves alongside the smartphone.

Oppo Watch comes with a curved flexible AMOLED display with two physical buttons.  The 46mm chassis features a 1.91-inch OLED screen offering 402 x 473 pixels of resolution along with 326ppi pixel density. While the 41mm chassis comes with a 1.6-inch AMOLED display with 320×360 pixels resolution. It runs on a proprietary OS ColorOS Watch OS and is compatible with Android devices only.

The wearable offers various fitness tracking features, music playback, heart rate monitoring, water-resistance up to 50 meters, and eSIM support. The Oppo Watch is powered by the Qualcomm Snapdragon Wear 2500 SoC and switches to Apollo processor when it is put on power saving mode along with 1GB of RAM and 8GB of storage.  The 46mm variant is 5ATM water resistance rated whereas the 41mm variant is 3ATM rated. The 41mm boasts a 300mAh battery whereas the 46mm variant houses 430mAh battery. The Watch is supported by Oppo’s latest VOOC fast-charging, that claims to charge the Oppo smartwatch from zero to 46 percent in just 15 minutes. On a full charge, it lasts up to 40 hours with normal usage or up to 21 days with built-in power-saving mode.

Komila Singhhttp://www.gadgetbridge.com
Komila is one of the most spirited tech writers at Gadget Bridge. Always up for a new challenge, she is an expert at dissecting technology and getting to its core. She loves to tinker with new mobile phones, tablets and headphones.
Facebook
Twitter
WhatsApp
Linkedin
ReddIt
Email
Previous article
Apple releases the first public beta for iOS 14 and iPadOS 14 globally
Next article
Top 10 DOTA 2 Guilds in India you might want to join: Dota 2 Battle Pass 2020