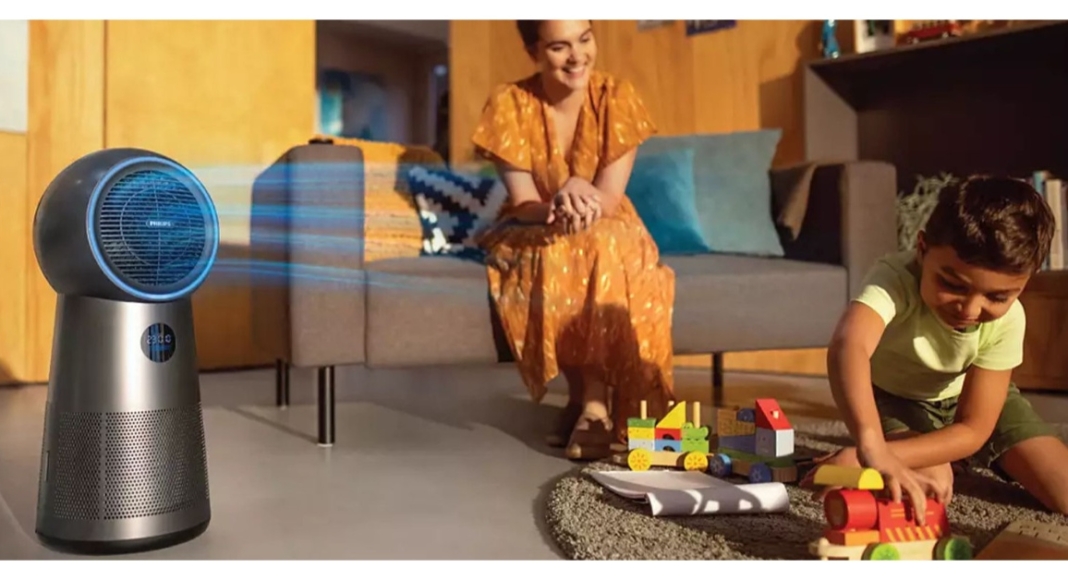 The Philips 2000 series 3-in-1 multifunctionality Air Purifier with heater is a new air purifier from Philips Domestic Appliances that has been launched in India. The new Philips Air Purifier aims to keep homes healthy and comfortable with its purify, heat, and fan modes. The device is claimed to remove 99.95 percent of particles as small as 0.003 m and purifies the air of viruses, allergens, and pollutants with its 3-layer HEPA filtration system.

The air purifier’s purification function is suitable for rooms up to 215 square feet. An optimal 360° airflow intake design drives purification performance of up to 165 m3/hr of Clean Air Delivery Rate (CADR). It can effectively clean the air of a 20 m² room in 17.5 minutes. 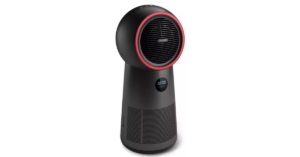 With its multifunctionality modes of purify, heat, and fan, the new Philips 3-in-1 purifier aims to keep homes healthy and comfortable. It has a 3-layer HEPA filtration system that removes 99.95 percent of particles as small as 0.003 m and purifies the air of viruses, allergens, and pollutants, and the clean air is distributed throughout the room by a 350° rotating fan. The 3 layer system includes a pre-filter, HEPA filter and activated carbon filter. The pre-filter captures large particles like dust and hair. Afterwards, the HEPA filter traps viruses, bacteria, household dust, pet dander, pollen, outdoor pollution, dust mite, mold spores, smoke and other allergens and pollutants. Finally, the activated carbon filter removes harmful gases and unpleasant odours. 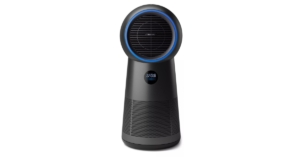 The air quality sensor on the Philips 2000 series 3-in-1 multifunctionality Air Purifier detects particles smaller than 2.5 micrometres in the air and displays them in real-time with numerical and colour-coded feedback. The colour bar indicates the high quality of indoor air, ranging from blue (good), purple (fair), pink (poor), and red (extremely poor) (very poor). Indoor temperature and a filter change alert are also displayed in real-time.

In terms of pricing the Philips 2000 series 3-in-1 multifunctionality Air Purifier has been launched at Rs 32,995. But it is now being made available at Rs 29,695. The Air Purifier can be bought through the company’s official website in the country.

Komila Singhhttp://www.gadgetbridge.com
Komila is one of the most spirited tech writers at Gadget Bridge. Always up for a new challenge, she is an expert at dissecting technology and getting to its core. She loves to tinker with new mobile phones, tablets and headphones.
Facebook
Twitter
WhatsApp
Linkedin
ReddIt
Email
Previous article
Asus Vivobook Pro 14x review: The new workhorse in town for creators
Next article
Paytm Payments Bank and MoneyGram and have teamed up to offer international remittances directly to Paytm Wallet