Here is how to watch the launch of Poco M5 in India live. 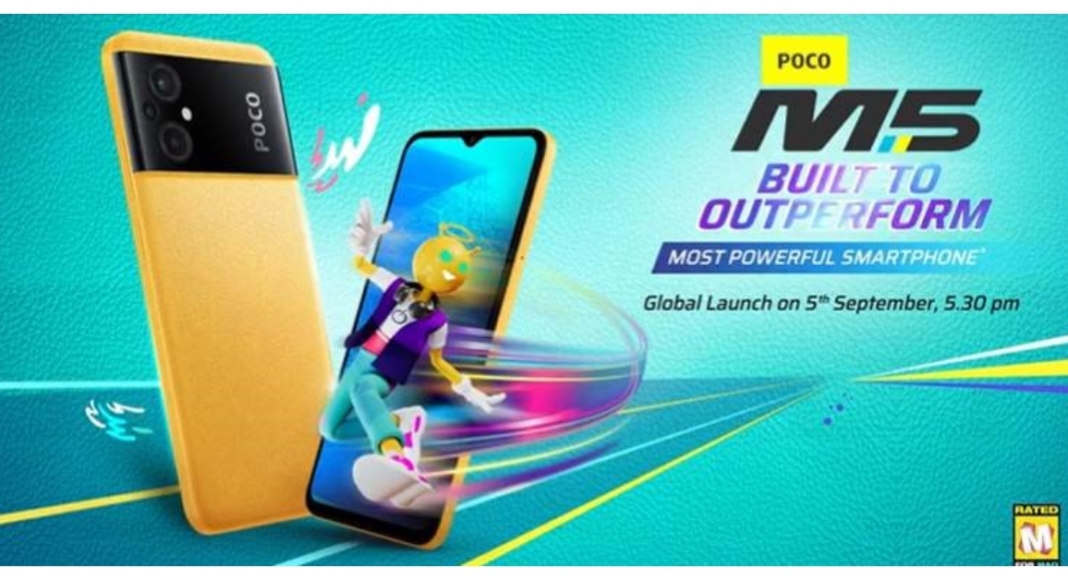 Poco M5 is all set to make its debut in the Indian market today. The upcoming phone is the most anticipated device that is going to succeed the existing Poco M4. The Chinese smartphone company has also teased the arrival of the device via Twitter. The company has not disclosed the specifications and pricing, which are now a secret. But before the official release, information about the anticipated pricing and its features has already surfaced online.

The Poco M5 India launch is scheduled to take place today. The company will be hosting an online launch event that will be broadcast live at 5.30 PM. The online event will be live-streamed through Poco’s official YouTube channel in addition to multiple social media platforms including Facebook and Twitter.

You may watch it live right here on our website, though, by clicking the link below.

The firm has not yet released information on the Poco M5’s specifications, features, or cost. According to a report, the Poco M5 may just cost Rs 15,000 in India. The entry-level model of the smartphone is said to be priced as above.

As per the official information, Flipkart will be the first to sell the Poco M5.

Prior to revealing the launch date, the manufacturer tweeted that a new device would be released. The word G99 was used in the tease, hinting that the MediaTek Helio G99 SoC would power the device.

Poco M5 is expected to come with 4G capabilities. The rumour is that Android 12 is pre-installed. A 6.58-inch LCD screen with full-HD+ quality is said to be present on the phone. As was suggested earlier, it might be powered by a MediaTek Helio G99 SoC. The smartphone is said to include a 5,000mAh battery with at least 33W quick charging features. Rumour has claimed that the Poco M5 may one day be offered in a 5G compatible version.

A “chic leather-like” appearance is intended for the phone’s rear cover. Rumours suggest that the Poco M5 may furthermore contain a side-mounted fingerprint scanner for security. Additionally, it might support connectivity via dual-band Wi-Fi and Bluetooth v5.

Komila Singhhttp://www.gadgetbridge.com
Komila is one of the most spirited tech writers at Gadget Bridge. Always up for a new challenge, she is an expert at dissecting technology and getting to its core. She loves to tinker with new mobile phones, tablets and headphones.
Facebook
Twitter
WhatsApp
Linkedin
ReddIt
Email
Previous articleAmazon Quiz Answers Today 5 September 2022: Participate to win Rs 500
Next articleApple iPhone 13 price in India dropped by Rs 28,000 ahead of iPhone 14 launch: Details inside