Here's everything new in the updated version of PUBG Mobile.

PUBG Mobile’s Season 7 has just got over. But there is no need for fans to be disappointed as the new season of the game is going to be out soon and it will get some new features and items. Now, the PUBG Mobile 0.13.5 has been upgraded with a number of new elements, weapons and even the UI of the game has changed.

The new update has started rolling out on July 16 and will reach everyone till July 22. The update is 181MB in size for iOS devices and 158MB for Android. Today, the company has released the patch notes for the PUBG Mobile 0.13.5. Take a look at what all is new here in PUBG Mobile 0.13.5:

​3. TPP has been added to team deathmatch room mode.

​5. The high frame rate option has been added to HDR made for some high-end device. Enable it for even better graphics at the cost of battery life. 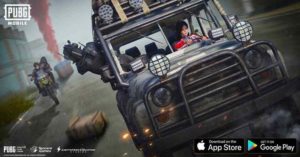