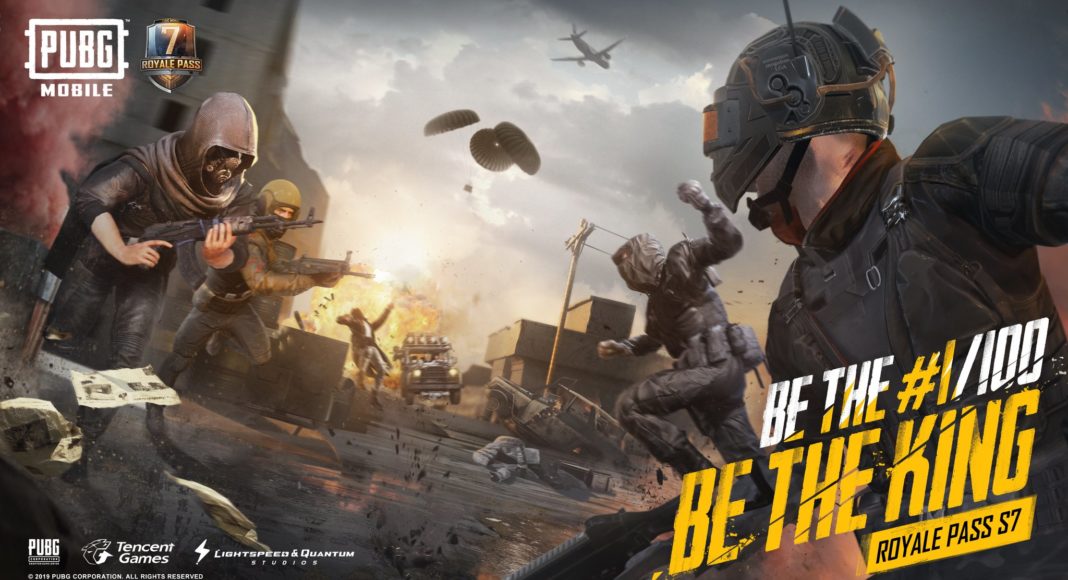 Prior to the roll out of the Season 7 of PUBG Mobile, some leaks about it were also posted by YouTuber Mr.GhostGaming which revealed the update version of the game and time when it would start rolling out.

If you want access to PUBG Mobile Season 7, you down download the version 0.12.5 through the App Store, Google Play Store and Samsung Galaxy Store. The update is 201.6MB in size for Android and 283.98MB for iOS. And the new update will bring new weapons, skins, avatar customization tools and rewards for the users who purchases the PUBG Mobile Season 7 Royale Pass.

PUBG Mobile India earlier tweeted about the upcoming update. According to the tweet, Season 7 of PUBG Mobile will roll out to all regions from (GMT +8) 4pm onwards (01:30pm IST).

The new update of PUBG Mobile will bring changes in the appearance of the Curse of Dawn and Twilight Escape settings in Survival Mode. However, the Survival Mode can only be played by the players who have reached Level 5 or higher. There is also an addition of the ‘Trail Smoke’ feature which will leave a trail of smoke when the player is jumping from the plane. The update also adds a new ‘Middle-East’ server to the game servers.

The Royale Pass of Season 7 can be bought a day after the day the update arrives but its registrations are live now. The Royale Pass will be bringing new rewards and missions to PUBG Mobile. There is a new Friend Bonus in the Weekly Challenge mission which will give additional RP points to the layer if he completes the missions with a friend.

There is introduction of a New Ranking System, but it will be available once the Royale Pass starts. The Shop in the game has also been tweaked and much changes has been made to it. Other than that, there will be new skins for AKM, Kar 98K, M4 and UZI along with helmets. There is also a new weapon called Skorpion – a machine pistol which fires 9mm bullets and it drops in all the maps. At the completion of PUBG Mobile Season 7 Level 100, the players will get two exclusive new costumes – Urban Scavenger or Assault Squad.

Other Improvements:
1. The Subscription feature has been tuned.
2. Added category tabs to the Shop.
3. Adjusted audio to reduce interruptions.

Aman Singhhttps://www.gadgetbridge.com/
Aman Kumar Singh has a Masters in Journalism and Mass Communication. He is a journalist, a photographer, a writer, a gamer, a movie addict and has a love for reading (everything). It’s his love of reading that has brought him knowledge in various fields including technology and gadgets. Talking about which, he loves to tweak and play with gadgets, new and old. And when he finds time, if he finds time, he can be seen playing video games or taking a new gadget for a test run.
Facebook
Twitter
WhatsApp
Linkedin
ReddIt
Email
Previous articleRedmi Note 7S with 48MP camera to launch in India on May 20
Next articleTata Sky Binge launched on the Amazon FireTV Stick – Tata Sky Edition: Here’s everything you should know